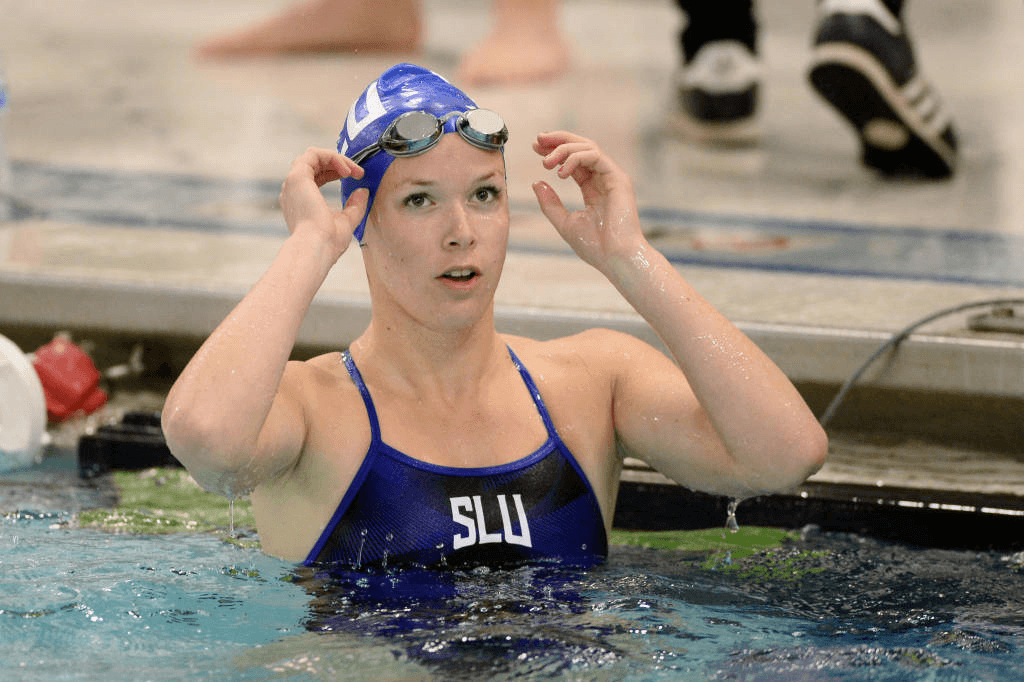 ST. LOUIS – Saint Louis’ men’s and women’s swimming and diving squads defeated Lindenwood-Belleville and Truman State Saturday in a double dual at the Simon Recreation Center on the SLU campus.

The Billikens registered 17 first-place finishes on the day. On the women’s side, the 200-yard medley relay of Emily Smith, Emily Kishish, Savannah Nichols and Mary First touched first with a time of 1:48.48. Marianna Kania won the one-meter diving competition with a score of 182.86.

The women closed their impressive afternoon with a win in the 200-yard free relay, as First, Daniel, Olivia Tate and Alexis Liszewski finished first in a time of 1:39.07.

The Bills’ men’s team also got off to a quick start by winning the 200-yard medley relay. T.J. Halliburton, Justin Mars, Janssen Gamilla and Matt Terrian finished in a time of 1:32.93 to set the tone for Saint Louis.

The Billikens are back in action Nov. 16-18 for the Northwestern Invitational in Evanston, Illinois.

ST. LOUIS – The Truman State University men’s and women’s swimming teams traveled to Saint Louis’ tri-meet on Saturday afternoon to compete against the Division I Billikens as well as NAIA member, Lindenwood-Belleville. The men defeated Lindenwood-Belleville, 121-80, but fell to Saint Louis, 61-153. The women also defeated the Lynx, 178-20, but came up short against the Billikens, 76-141.

KEY PERFORMANCES
Truman took home first in five events including three on the men’s side and two for the women.

The third men’s win came in the 200 free relay with the quartet of Heveroh, Riley Olson, Jack McKenzie, and Lliot Gieseke with a time of 1:25.98.

Switching over to the women, Maggie Hickey touched the wall first in the 200 fly with a mark of 2:09.54.

The women’s other first-place showing came in the 200 breast where Natalie Galluzzo was on top of the podium with a time of 2:26.81.

As far as second and third-place finishes, the men combined for three while the women put together 10 of them.

QUOTABLES
Truman Head Coach Jerod Simek
“We swam very tired this week, but were able to race very well! Our 200’s of strokes were executed very well and we were able to hold our paces well for our distance events. As we head into taper, Nikki and I are very excited at what the team will accomplish! We have a very good chance to get personal-best times, NCAA cuts and win some races against top DI talent. We get to race SLU again in two weeks at the TYR Invite. We will be a different team with some rest and recovery and have another shot to win some races against SLU and the other teams at the meet.”

UP NEXT
Truman will head to Evanston, Ill. on Friday-Sunday, Nov. 16-18 to compete in Northwestern’s TYR Invite.