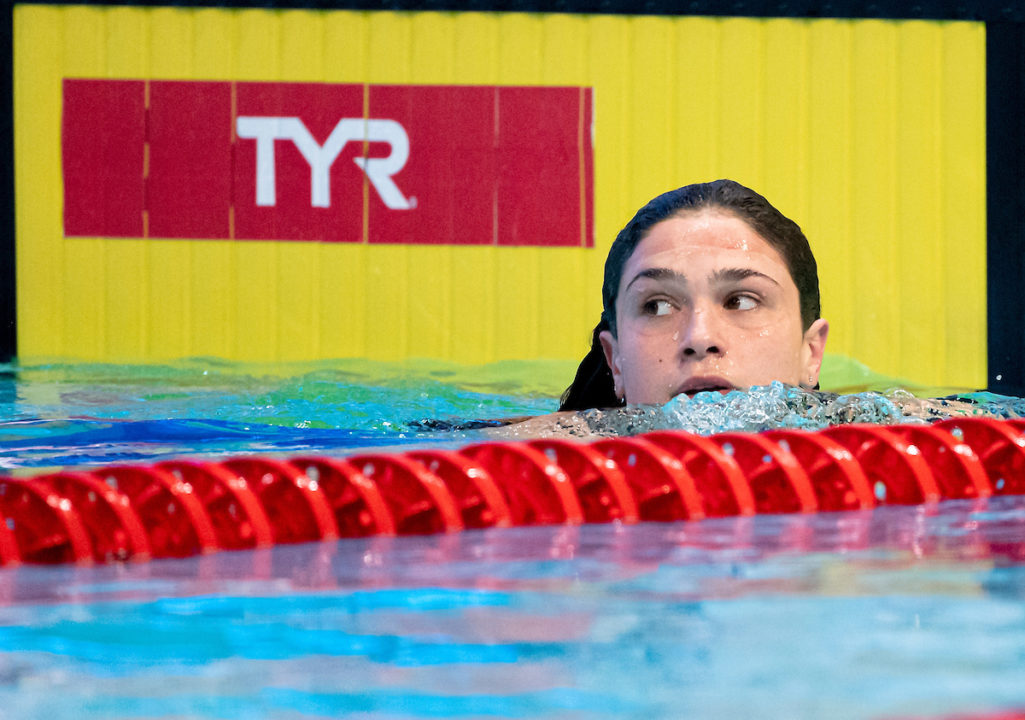 Pilato, who lives with her parents in the Italian town of Taranto, in Southern Italy, would have to travel approximately 500 kilometers (an estimated 310.7 miles) in order to train with the CC Aniene swim team, located in the Italian capital.

Consequently, Pilato’s possible affiliation with CC Aniene has sparked controversy and mixed reactions, leaving many wondering whether the young Italian Olympic hopeful would indeed move to Rome and leave her home and family in order to pursue her athletic career.

However, Pilato’s coach, Vito D’Onghia, confirmed that the teenager would not be moving to Rome, but rather stay in Puglia and train with her club team.

Last Thursday, Oct. 4, CC Aniene issued a statement in regards to the current situation. In the statement, the team clarified that Pilato would not have had to leave her hometown.

Per the statement, given the swimmer’s early age, their intent was for her to remain in Taranto with her family.

In response to the issue, Italian Swimming Federation president Paolo Barelli, too, issued a statement through Italian news outlet La Gazzetta del Mezzogiorno. His full statement can be accessed below:

“The Italian Swimming Federation is very upset about what is happening. Troubled and sorrowful.

What is the benefit of registering a 14-year-old girl for a company in another region who remains (obviously) at home by continuing to train in her same home pool? The Federation does not like the way this is being handled.

Italy’s swimming federation has a duty to express its disappointment when the hunt for an athlete becomes a competition. Our community considers this attitude misleading.

Benedetta Pilato is only 14 years old and if she has reached world goals, it means that swimming in Taranto to date has not been so negative. And the Federation was willingly available to support the swimmers’ best local choices,” said Barelli in the statement.

Benedetta Pilato is the current Italian record holder in the 50-meter breaststroke as she became Italy’s first-ever female swimmer to break the 30-second-barrier in the event after clocking a 29.98 during the FINA World Championships in Gwangju, South Korea last summer.

Her personal best in the 100-meter breaststroke lies in 1:08.21, which she achieved during the FINA World Junior Championships in Budapest, Hungary, also last summer.

if the Italian federation has an opinion on a swimmer affiliating (regardless of age) with another club the Italian federation should quote/enact some by-laws to prevent this within their affiliation/registration policy as many federations and PSO/LSC’s do. Seems odd that they would put out such an open-ended statement as sorrowful and troubled (I’m sure something was lost in translation)

Vote Up140Vote Down Reply
u got money girl

Almost no different than all of the northeast talent in the United States going to California, Texas and Georgia for college for better training opportunities, facilities, funding, etc.

That sounds different as you are describing athletes that are physically relocating. This young lady isn’t so a better example are the current US pros representing their age group clubs at certain meets and representing their pro team within the same season.

I’m not advocating or condemning the practice, just pointing out it’s existence within the rules and governance structure of the USA NGB

And even if she were relocating it wouldn’t be comparable because she’s not college age yet.

Nah the Northeast got some good club teams, especially if you consider DC the northeast

Vote Up3-1Vote Down Reply
u got money girl

Not referencing club teams. The club teams are spectacular in the northeast. Talking D1 which poaches majority of top tier talent and leaves minimal to where swimmers actually developed. And yes it’s of course different because she’s 14, however it’s moreso the precedent they’re trying to set with saying she can be successful in her local area and frowned upon by leaving. Very against USA thought of mind which obviously no other country has NCAA/disparate land mass. Just interesting how things would be different if USA adopted similar viewpoints. (It wouldn’t)

That’s an apples and oranges argument relative to this articles topic.

She isn’t leaving, merely affiliating on paper but remaining home. Likely she will leave shortly or at the very least this will grant her better opportunities on relays and the other club may have more of a budget for high-performance.

No other country has NCAA but all countries have a fairly robust university series which is comparable.

Maybe should could represent Mission Viejo??

Haha. Even better was when the North Baltimore Aquatic Club pro group was all in Arizona