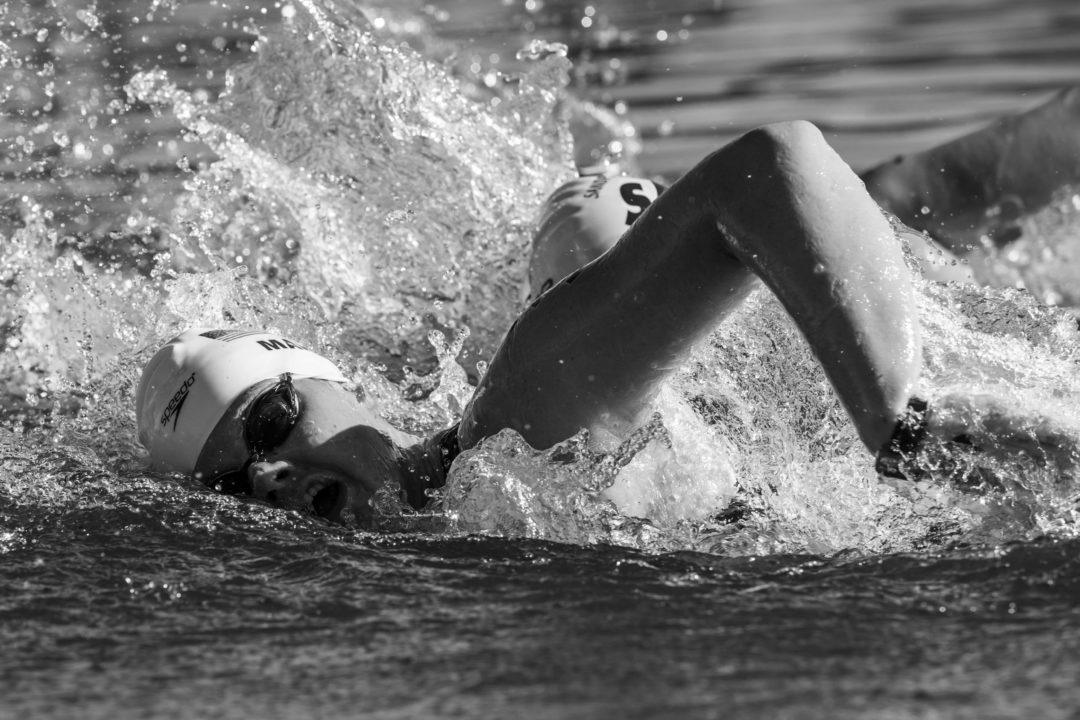 Becca Mann has become the first swimmer to complete the Triple Maui Nui Channel Swim. The triple swim had only been attempted by one person before. Current photo via Mike Lewis/Ola Vista Photography

Below is a graphic of the historic swim that Mann has completed today:

To this day, only one other swimmer, Harry Huffaker, had attempted to complete this swim. His story can be read here. As a result, Becca has become the first swimmer ever to do so. The triple swim adds up to 63.79 kilometers, which translates to approximately 39.64 miles.

In order to achieve her goals, it cost Mann approximately 10,000 U.S. dollars as she needed to fund all the swim operation, boats, paddlers, and management. Mann also indicated that “she would love to raise money for something good.”

Last August, Mann announced that she would turn pro, forgoing her final two seasons of NCAA competition for USC to focus on qualifying for next year’s Olympic Team in marathon swimming. The American swimmer is currently a student at USC’s screenwriting program. Though she has taken the year off from school to focus on her swimming career, Mann plans to return to cinema school in the future.

Most recently, Mann placed third in the 1500 free at the Pan American Games in Lima, Peru.

Wow. What an accomplishment.

To her desire to,”“she would love to raise money for something good.”

After this, it seems like she may be able to literally swim across America.