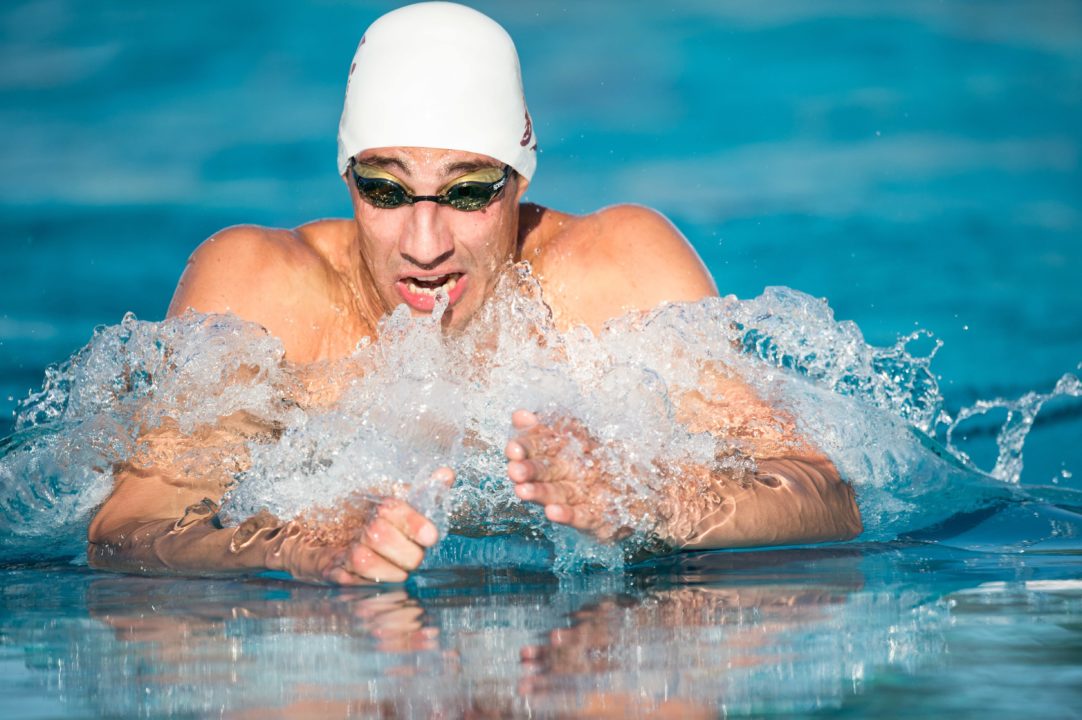 Azad Al-Barazi will not be representing Syria at the upcoming Asian Games in Incheon, Korea... Current photo via Mike Lewis/Ola Vista Photography

Today Syria announced the 35 member team that will represent the country at the Asian Games in Incheon, Korea later this month and Azad Al-Barazi‘s name was not included.

There were two swimmers that made the list; Ayman Kalziyeh and Bayan Jumah.

Al-Barazi was Syria’s top finisher in the pool at 2012 Olympics placing 39th in the 100 breaststroke posting a 1:03.48. He had a terrific 2013 season dropping almost two seconds in the event recording a lifetime best of 1:01.83 at the Santa Clara Arena Grand Prix. At the same competition this year he posted 1:02.62 tying Nic Fink for sixth.

After the meet in Santa Clara Karl Ortegon interviewed Al-Barazi who discussed how proud he was to represent Syria and how he wanted to provide hope for those in the war torn country, “I still wanted to swim, and the reason why is for the Syrian people, for the 140,000 plus people that died, 7,000 of them children. For the economic losses and for the 3 million homes destroyed. I’m swimming for them to give them hope, to give something back to Syria.”

He also told Ortegon that his primary focus was on the World Short Course Championships in Dubai this winter, but that he would be competing at the US Nationals and World Cup events. Al-Barazi did not swim in any of the three competitions and ended his season at the L.A. Invite on July 17th. It is unclear whether it was his choice or the country’s choice to not have him attend the games in Incheon.