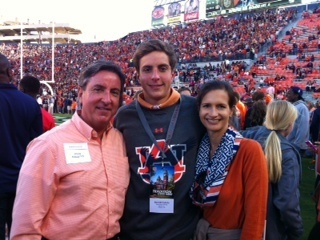 The Auburn Tigers have added their first in-state commitment in the class of 2015, as middle-distance freestyler Russell Noletto.

With current University of Alabama freshman Will Freeman winning both the 200 and 500 last year and graduating, Noletto becomes the favorite in both races as a senior.

Noletto, who trains with the City of Mobile Swim Association under Greg Davis, really bloomed as a junior. He swam the 7  best times of his career in the 200 yard free last season, for a total of almost four seconds of improvement, and cut over six seconds off of his best time in the 500 free.