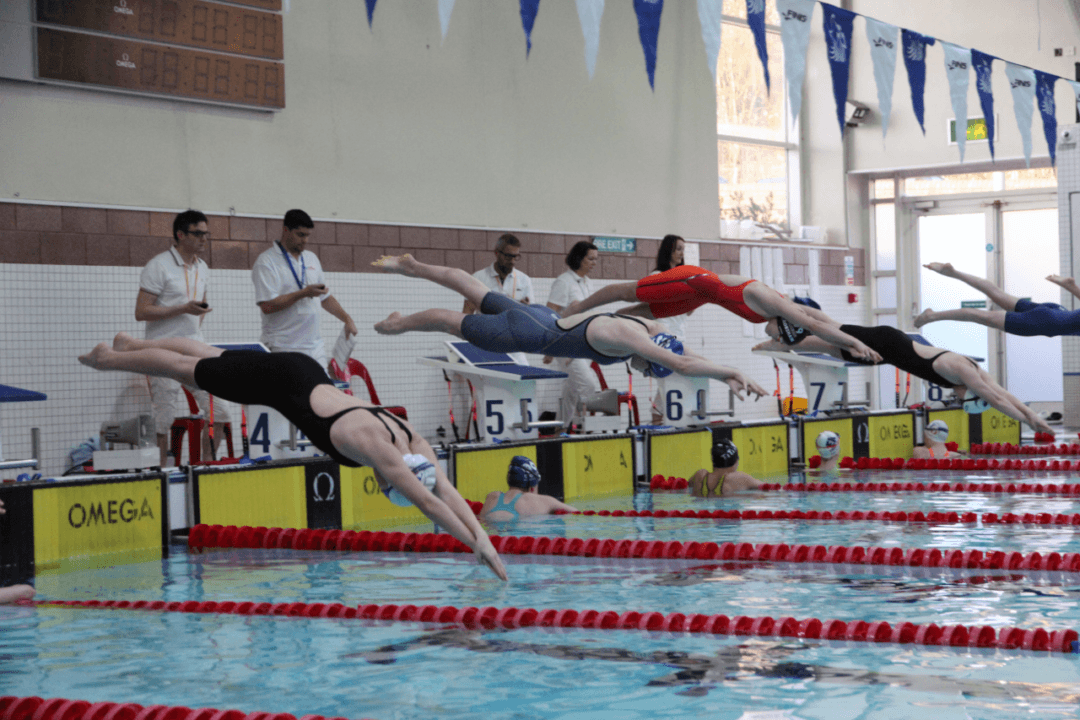 Early bloomers have an advantage, but eventually things even out after differences in growth level out. With hard work and passion, anything can happen! Current photo via Alex Miller

“When will all we lose be too much to bear?”

Ask Swim Mom: Is It Asthma Or Allergies?

Many swimmers end up coughing during practice. Is it an allergy to chlorine, undiagnosed asthma, or something else?

Ask Swim Mom: When The Thrill Is Gone

With all of the changes to swimming this year, including some athletes being forced to train on their own, how can we help revitalize our kid’s motivation?

I have an 11-year-old girl who swims competitively. I am finding out that age group swimming is full of new stuff, good and bad.

I want to get your input on the following matter. The first thing that never crossed my mind was the different rates kids grow regardless of their ages. In my observation, the early bloomers seem to be faster than their teammates—even when these early bloomers are younger in age—about six months to a year younger. Is that a correct observation?

My daughter is a much later bloomer compared to these younger swimmers. If my observation is correct, what can she do in the meantime?

I heard that the true speed will show once everyone stops growing, which can be around 14 or 15 years old. Is that correct?

Thank you for any advice you can give me.

I do believe you are correct in your observations. Early bloomers have an advantage, but eventually things even out after differences in growth level out.

My kids were both late bloomers, too, so I understand your feelings. One thing my kids focused on when they were behind growth-wise was technique. Good technique will help out in the long run. Also, a strong work ethic and a desire to compete and swim are things that helped my daughter compete against earlier bloomers and those with more talent. Consistency in coming to practice is so important, too.

As a parent, try not to focus too much on times. It can make your daughter be more focused on times, too. At age 11, it’s important to have fun and love being in the water. Remember there is so much more to swimming than just the times.

I saw some kids struggle after they had rapid growth spurts, too. It’s like they weren’t used to their new bodies and they plateaued or got slower until they got used to their added inches and pounds. So, even when your child grows and catches up to her peers, she may struggle for a bit.

I hope you find this helpful and your daughter sticks with swimming for the long-term. With hard work and passion, anything can happen!

What advice do you have for Late Bloomer Mom? What should her daughter focus on rather than the clock as an 11-year-old swimmer?

If you have a question for Elizabeth Wickham, please email her at [email protected]

Being a late bloomer myself, I actually found focus on my times to be less of a burden then focus on placement in races. It helped me stay focus and have more control over my circumstances. When you focus on race placement, its you against the early bloomers, which can be demoralizing some days. Whereas focusing on your times and personal improvement, its only you against the clock. Despite seeing the early bloomers get ahead of me, I always told myself my time would come. One of the greatest satisfactions I have is comparing my college times to an early bloomer that kicked my butt during age group years. Great feeling to see that I have better PBs than that… Read more »

Same as this. I didn’t really grow until the summer I was 16 (guy). When I did, years of perfecting my technique meant finally having the physique took my time drops straight past the early bloomers.

I remember making a regional finals at 14 and looking down the line from my outside lane thinking “when I’m your size, I’m gonna win this”. 3 years later, I raced a lot of the same guys in the morning and won the heat shutting it down the last length. I wasn’t any taller or stronger than them, but years of technique work meant I was killing them on the turns and my stroke was way more efficient.

Have faith, have fun, and keep working hard. I was a late-bloomer, not even making AA times when I was 11-12. By the time I was 18, I was swimming on the National Level and earned a Div. I scholarship…

My two daughters were both age group swimmers from age 8 to college level. The oldest was a late bloomer and didn’t stop growing until she was 18 and peeked in her sophomore year in college and beyond. She ended up being 6’2″ and made MVP. My younger daughter peeked out in her freshman year of college and ended up burning out. Regardardless…they both really enjoyed swimming growing up with all the work, success and comraderie. As parents we always kept this in mind… always let them stand on our shoulders and reach for the stars and NOT the other way around. The older daughter is now a master swimmer at age 35. The younger daughter plans to get back… Read more »