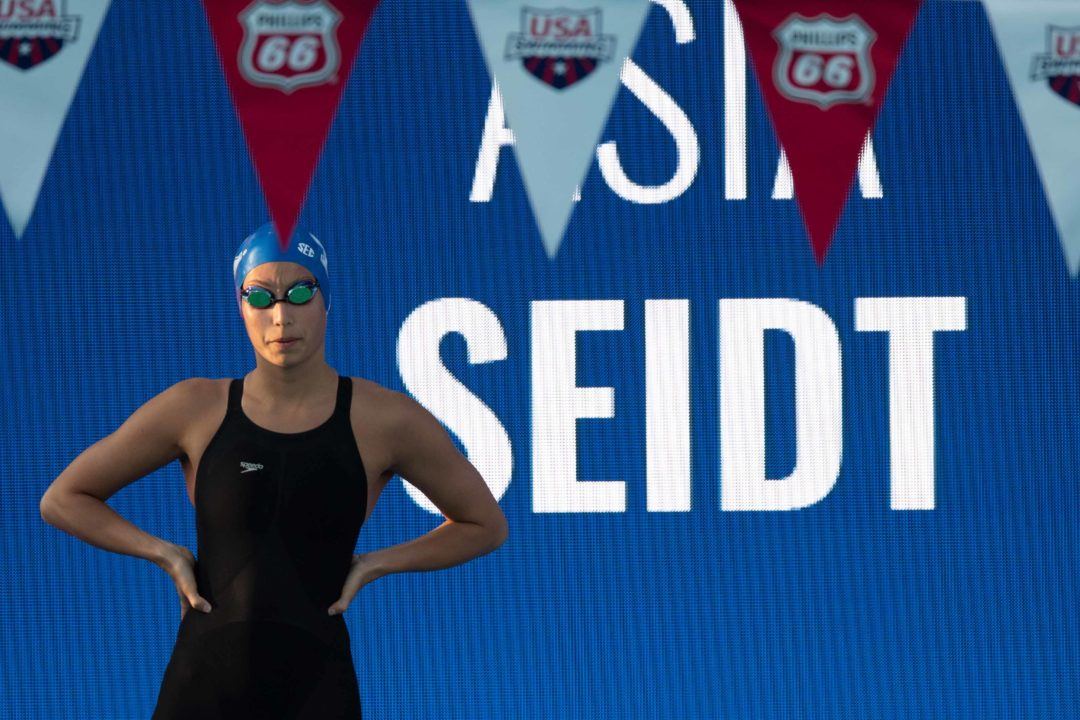 During the semis of the women's 200 back, Kentucky swimmer Asia Seidt broke the World University Games record with a 2:08.81. Stock photo via Mike Lewis/Ola Vista Photography

During the semis of the women’s 200 back, Kentucky swimmer Asia Seidt broke the World University Games record with a 2:08.81.

Seidt’s record-breaking time is a tenth under her former lifetime best of 2:08.91 from the 2018 Columbus PSS, which was tied with the 2009 record. Seidt now ranks 14th in the world this year right ahead of Bratton’s 2:09.09 from prelims.

3
0
Reply
all hawks every thing