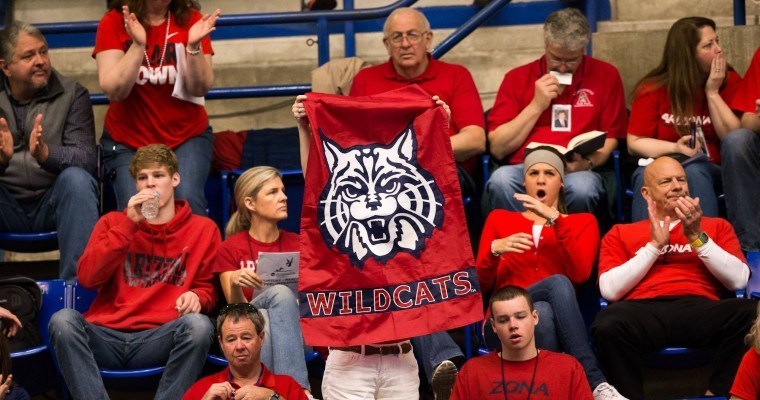 Blair Bish, a senior at Little Rock Central High School in Little Rock, Arkansas, has given his verbal commitment to...

Blair Bish, a senior at Little Rock Central High School in Little Rock, Arkansas, has given his verbal commitment to the University of Arizona and will be heading west to Tucson in the fall of 2015.

Bish trains with Arkansas Dolphins Swim Team. At Junior Nationals this past summer he swam the 50m free, 100m breast, 200m breast, and 200m IM. He finished fourth in the 100m breast with an Olympic Trials cut of 1:02.88. His top times are:

The Wildcats are beginning to fill out a strong roster, with Bish, backstrokers Matt Lujan and Chatham Dobbs, and sprinter Chad Idensohn. Bish won’t overlap with the Wildcats’ NCAA record-holder Kevin Cordes, who is a senior this year, but he will share a pool with fellow Arkansas breaststroker Gage Crosby.

Bish is only about a second away from making a final at NCAAs in the 100, and if his progress this summer is any indication (he dropped nearly two seconds in the 100m breast), he may be a significant asset for the Wildcats beginning his freshman year.

My son has raced against Blair for years now. He’s an amazing athlete and even better person. Great asset for the Wildcats. He actually just made the National Junior Team too. I can’t wait see the great things he’ll do in Tucson

Son of a Bish…

Kidding. Swam with this guy when he was just a whippersnapper. Good things coming for him and the Wildcats.