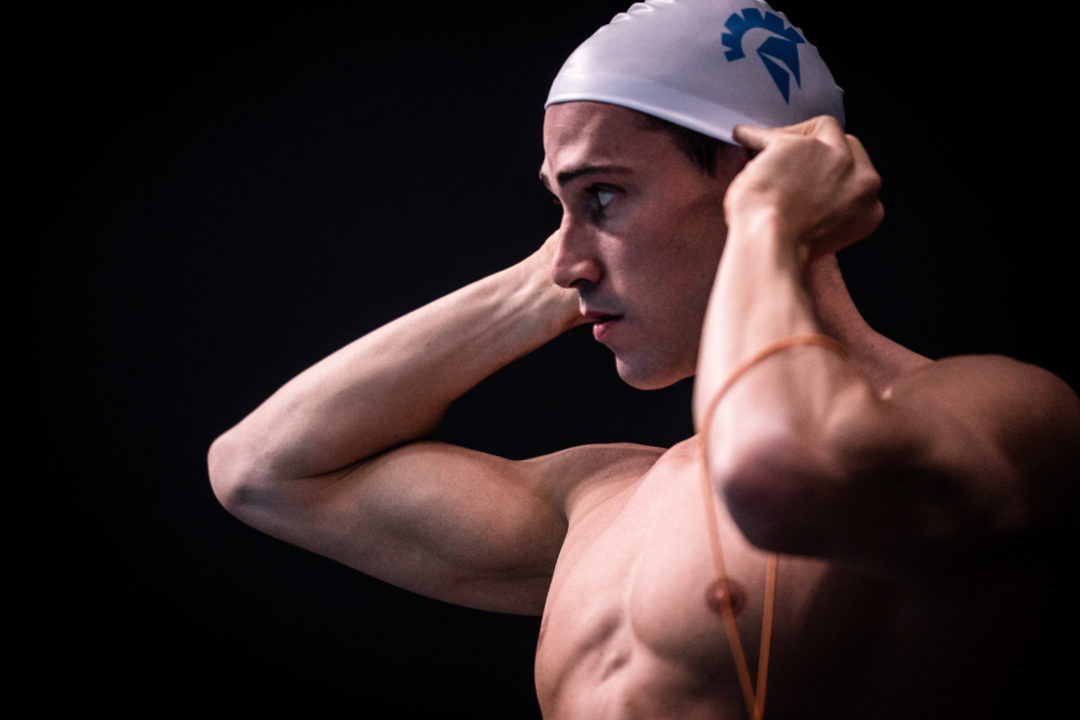 Fabio Scozzoli says that rather than threaten to boycott, the athletes should be united and be patient as the ISL finalizes payments. Archive photo via Mine Kasapoglu

Aqua Centurion team captain Fabio Scozzoli has responded to the rumors surrounding the potential of an athlete boycott for the playoff phase of the International Swimming League (ISL) season, claiming that pulling out of the campaign is simply not an option for the swimmers.

On Saturday it was reported that ISL clubs and athletes were mulling a boycott of the playoff round, set to begin on November 11, due to the fact that athletes, staff and contractors had not been paid in full from last season.

SwimSwam Italia recently caught up with Scozzoli, one of the leaders of the Aqua Centurions, to ask him about the possibility of an athlete boycott.

Scozzoli, who has been competing with the Centurions since the league’s inaugural season in 2019, said he hadn’t heard anything about a possible boycott from his fellow athletes and believes this type of move would not be beneficial for the sport in the long run.

“I was irritated by the words read these days,” Scozzoli, translated from Italian, told SwimSwam Italia. “First of all, because I was not aware that anyone was thinking of boycotting the second round of the season, among athletes it has never been talked about, and these statements surprised me.

“Also, and I think this is the most important thing to underline, an action of this type would not benefit anyone, on the contrary, it would be a defeat for the whole world of swimming.

“Thanks to the ISL we have returned to talk about swimming even outside the major events and this league has brought a breath of fresh air to a sport that needed it. Surely the historical period did not help to ensure that the project sustained itself economically, and to date, the only financier is the founder, but I have no doubt that what the ISL has given to swimming in recent years is a huge help, for which all of us athletes should be grateful.”

The 33-year-old Scozzoli added that it’s understandable for athletes to be upset about not receiving their full payments, but says “the delay of a few months is an effort that, for the good of the project, we can support.”

He added that he and his teammates all received their final payments for the 2020 season during the 2021 regular season in Naples.

“The boycott is not an option. And I am happy that many high-profile athletes have expressed themselves in this direction in a group chat after the news of these days,” Scozzoli said.

“I understand the first wave of impatience in front of a non-payment, but we must see the design as a whole, a boycott, or the failure of the International Swimming League, would not only lead to the closure of this chapter of professional swimming, but would also prevent the creation of similar ideas in the future. There is no point in fighting against ourselves when we should focus our efforts in the same direction.”

If this wasn’t swimming the athletes would (and should) be boycotting. Don’t work for free just because it looks good for the sport

It’s kind of because ISL is the only hope now. Not a reliable hope at all but I can understand swimmers prefering delay and defaults to nothing. The problem is if ISL knows this, they will continue to do things that’s unfavorable to the swimmers as swimmers have no other choices. It’s a dilemma.

Being paid a year late is unacceptable and should be to anyone. What a circus.

Yeah, it’s not that they’d even be pushing for more, it’d just be what they’re owed.

I get why most swimmers would be hesitant to pull something like that, the league simply existing is just as tenuous as everyone else is saying. But it doesn’t really inspire confidence that the swimmers (or vendors, for that matter) will ever be treated any better in the future.

You bootlicking the potential boycotters

Boycotting would cause the league to fail and then no outstanding payments would ever get made. Tough situation for the swimmers.

Apparently it’s also “not an option” for Scozzoli to do a legal breaststroke race for once in his life either.

The reality is that ISL is unsustainable. At some point the league will fold. If athletes boycott now for non-payment it will likely fold sooner. If you always have to wait until the next season to get paid, at some point there won’t be a next season, and athletes will be waiting for payments that will never come.

I don’t envy the choice that they’re looking at right now. If I were involved I would probably swim out the playoffs and not take part future seasons unless they guaranteed a regular pay schedule.

Tough situation but lowkey agree with scozzoli. Sad that it’s the position swim is in tho, they should always be paid.

The problem is that the teams don’t bring in any money. Everyone linked to ISL right now is being paid by one man. That’s ridiculous. Of course it’s not easy to get any ad or sponsorship money if the broadcast isn’t worth the expense (and that’s compeletely ISL’s fault!), but the teams need to work towards paying their own athletes’ base salaries at least or the ISL won’t see its next season.

Perhaps there is not enough demand even if the broadcast was good and easily available.

Energy supply crunch is happening in UK & Europe so maybe Energy Standard is busy? Ha I doubt it , like Burisma its just a X company but without an influential gas ‘expert’ like Hunter on the board.

Ukraine got delivered another Billion bucks from the beggar bowl & Oligarchs always get preference , so there is hope .