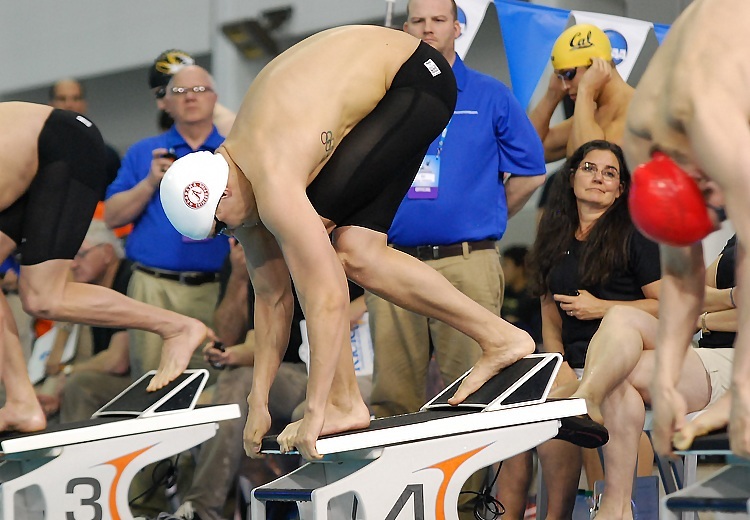 Day one of the 2014 SE Richard Quick Invitational featured the 200 freestyle, 100 breaststroke, 100 backstroke, and the 400... Archive photo via Janna Schulze/SwimSwam.com

Day one of the 2014 SE Richard Quick Invitational featured the 200 freestyle, 100 breaststroke, 100 backstroke, and the 400 IM. 16 year old Alexandra Buscher started things off with an exciting 200 freestyle, touching out Olympian Amanda Weir. They finished first and second at 2:03.62 and 2:03.87 respectively. Auburn’s Joe Patching led James Disney-May to the wall, touching at 1:51.60. Disney-May managed to pull in for second with a 1:52.15.

Kaylin Burchell blew out the final of the women’s 100 breaststroke as the only swimmer under 1:10. She finished with a final time of 1:09.13. Laura Day was second at 1:12.32. Alabama’s Anton McKee had a strong showing in finals, winning the event with a time of 1:01.95. Pavel Romanov was second at 1:03.77. Mckee is getting dangerously close to breaking the Icelandic National record in the 100 meter breaststroke. The current record was set at the 2009 world championships in Rome at 1:01.32. His name is pasted all over the national record board, but he has yet to break a national breaststroke record.

The final event of the day was one of the closest races of the day. Emily Facchine had the lead by a few seconds after the breaststroke leg of the 400 IM. She had to hold off Haley Mclnerny on the final 100. Despite Mclnerny’s final 100 split being several seconds faster, it was not enough to hold off Emily Facchine. Facchine won the women’s 400 IM at 5:04.05. Mclnerny finished second at 5:05.44.

Sam McHugh had a strong double on night one, finishing fourth in the 200 freestyle and then winning the 400 IM. He finished with a time of 4:28.04. Cody Bekemeyer finished second at 4:33.46.

Day 2 of the Richard Quick Invitational features the 200 butterfly, 50 freestyle, 200 IM, and the 400 freestyle. Check Meet Mobile for more results from the meet.