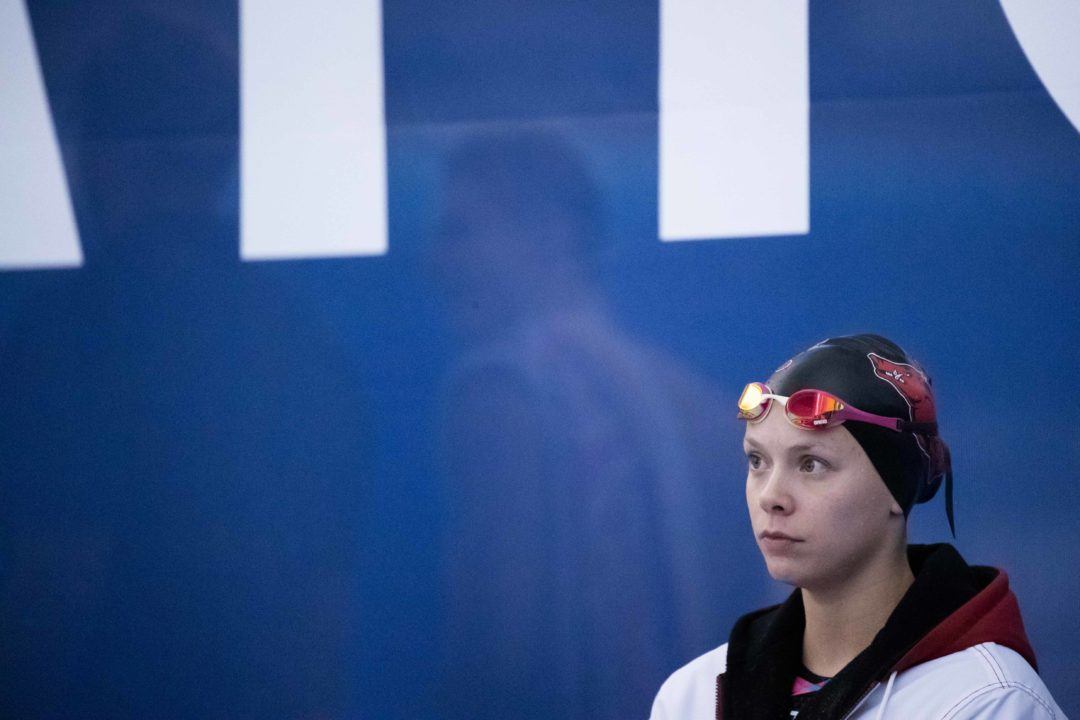 After settling for silver last night in the women’s 100m free in 52.99 behind Canada’s Kayla Sanchez, who logged a new 51. 45 WJR in the race, Hopkin staked her claim early in this 50m freestyle. The University of Arkansas racer clocked a morning effort of 24.13 over Sanchez’s 24.20 to snag lane 4 and the pole position for this evening’s final.

In tonight’s race, Hopkin blasted a lifetime best of 23.70 to become just the 2nd British female ever to dip below the 24-second threshold in the event. The National Record stands at the 23.44 Fran Halsall scored back in 2009, so Hopkin’s performance checks-in as a textile British Record, the fastest outside of the supersuit era.

Both Hopkin’s and Sanchez’s times would have made the semi-final at the Short Course World Championships, whose women’s 50m final takes place tomorrow night.

would have been bronze at short course.. America doing wonders for her

Did Anna club swim as don’t recall her as an age group swimmer, lots like she came to the sport late??