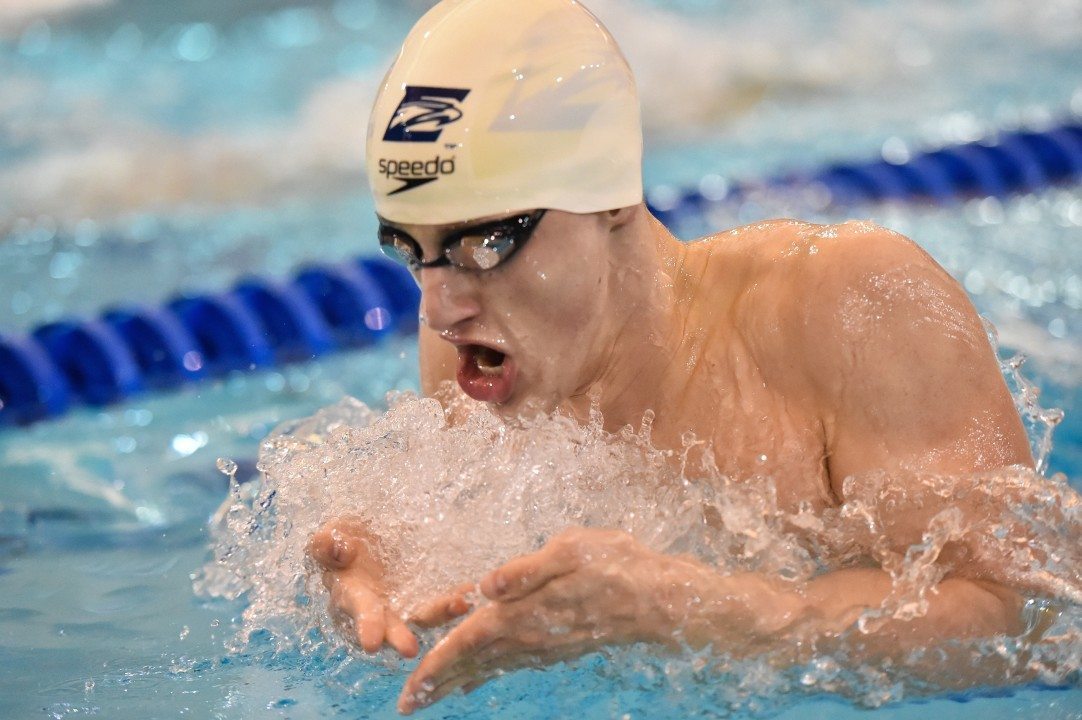 Yet again, Andrew Wilson has broken a DIII record. In breaststroke. In a way that would leave most DI coaches envious. Current photo via Carlos Barron

How much can you do in one minute, fifty-two seconds and ninety-seven hundredths of a second?

How about win a national title?

Emory’s Andrew Wilson was out first and led from wall to wall in the men’s 200 breaststroke at Division III NCAAs, to cruise to a much-anticipated victory and new national record. The question here wasn’t whether Wilson was going to win, but how much time he was going to chop off the NCAA record set in 2011 by Rory Buck.

Wilson’s time ranks him 9th in Division 1 this year and 13th overall, according to a USA database search.

Wilson’s 1:52.9 200br is faster than four 200 backstrokers and six 200 flyers at this meet. These are guys who were invited to their NCs and Wilson beat them doing breaststroke.