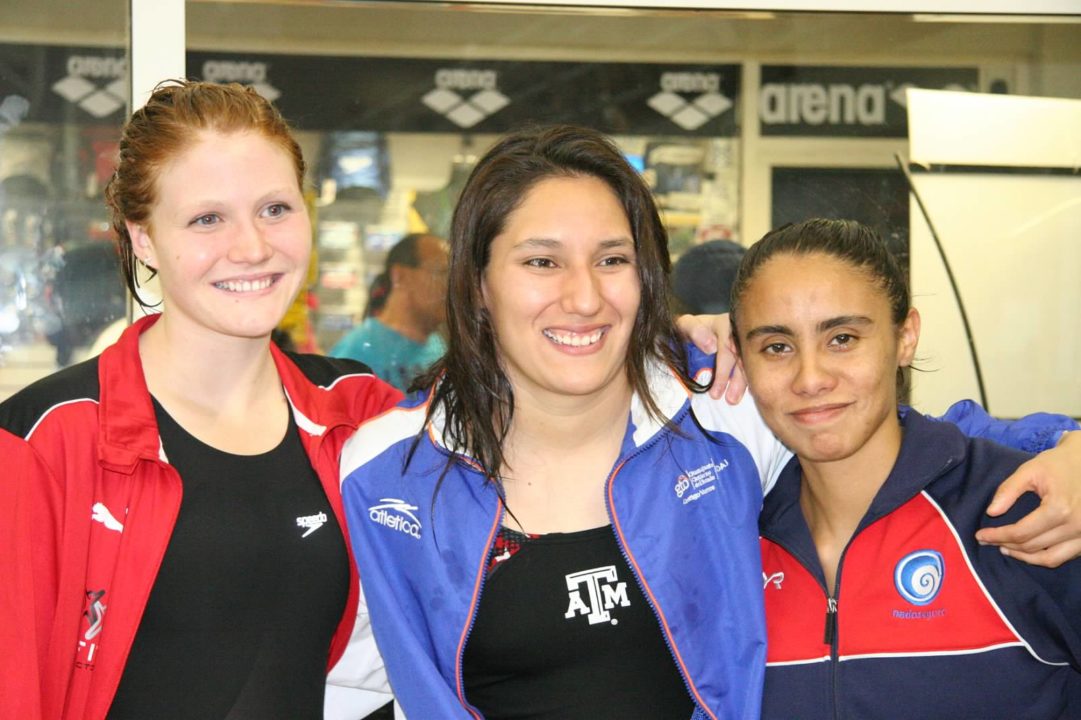 With Christmas approaching, Mexico is squeezing in their Short Course Meters National Championship meet this week in Nuevo Leon before the holiday, and Texas A&M redshirt sophomore Lili Ibanez is leading the charge.

Her 3 Senior National Records has led an amazing week of performances that has so far seen a total of 81 National Records (senior and age group) going down from a field of over 2,000 swimmers, an indication that Dirk Lange is having a much more successful run early in his tenure here in Mexico than he did in Germany.

Next up, Ibanez took out a more unusual record for her (though in short course, speed is speed) with a 27.24 in the women’s 50 fly. That took down the 27.28 set at this same meet in 2010 by Ibanez’s Texas A&M teammate Rita Medrano.

Then, on Thursday in probably her best event, Ibanez twice broke the 100 free record. First, in prelims, she swam a 54.63 in prelims to better her own 54.87 from 2009. In finals, she took another big chunk out of that record with a 54.27, winning by better than two seconds and placing her in the top 40 in the world this season.

With virtually no competition at this meet, it is unlikely that Ibanez had any sort of rest at all. Even after the injury that hit her last year, and coming out of the rubber suits, for her to be breaking National Records unrested is going to be huge for her confidence. The Aggies need that confidence high if they want to be in the top 4 at NCAA’s.

The Mexican women’s relays are really starting to develop into a squad that could be a big player in Pan-American swimming; Maria Fernanda Richaud took runner-up honors in the 100 with a 56.31 – a new National Age Group Record in the women’s 15-16 class.

The only other senior National Record to go down at this meet was in the men’s 200 free. There, 20-year old, Mexican trained Gustavo Barreta swam a 1:48.02 to just shave .03 off of the 2004 record of Olympian Josh Illika.

“It was a very closed finish, I did not expect the record,” Barreta said (in Spanish) of his record. “We had scheduled a focus for our work of April for Worlds Trials and to do this now, that means we are on track.”

No single listing of results is available, but day-by-day recaps and results can be seen here on the Mexican Federations website.

yay! Mexicans are getting faster! Phew… and this whole time I thought we were just slow poke Rodriguez’s out there… NICE.

Not sure why you credited Dirk for Lili’s success. Not sure any of these swims would do anything on the world stage. Dirk still has some work to convince me!