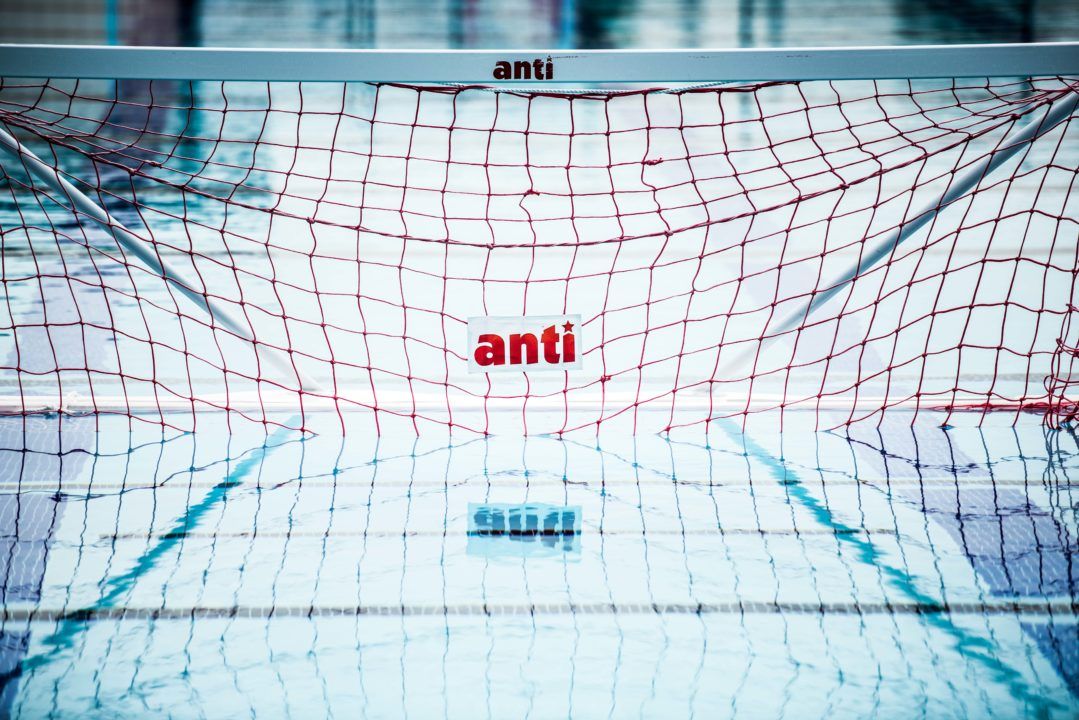 An American Masters water polo player died during a match over the weekend at the World Masters Championships taking place in Gwangju, Korea. Stock photo via Mike Lewis/Ola Vista Photography

Now that the 2019 FINA World Aquatics Championships have concluded, the Masters portion of the biannual competition is now underway in Gwangju, Korea. The pool swimming events of the Masters competition begin Monday, August 12th, but Masters water polo competition took place all last week, culminating with its finals yesterday at Nambu University.

In a Saturday match against Australia’s Perth Cockatoos, an American water polo player died after suffering an acute heart attack. According to the Gwangju organizing committee, the 70-year-old player, whose name has not yet been released, lost consciousness in the match around 2:28 pm local time on Saturday.

The athlete was immediately removed from the water and given CPR, then transported to a nearby hospital where he underwent surgery. The man died at 5:30 am the following day.

The Korea Times reports that the American player had suffered from angina and arteriosclerosis for some time.

Officials will be meeting the athlete’s family members at the U.S. Embassy in Seol to discuss returning his body to the United States.

This is tragic, prayers for the family that he can return home safely

Died doing what he loved to do on the world’s biggest stage. RIP

This is honestly how I’d want to go.

Bob Wake was a great team mate and I was blessed to know him. The entire Blue Thunder Water Polo club will miss you Bob! When it is my time I want to go doing something I love – you lived well! May those left behind have peace and be blessed by your life and memory. JH