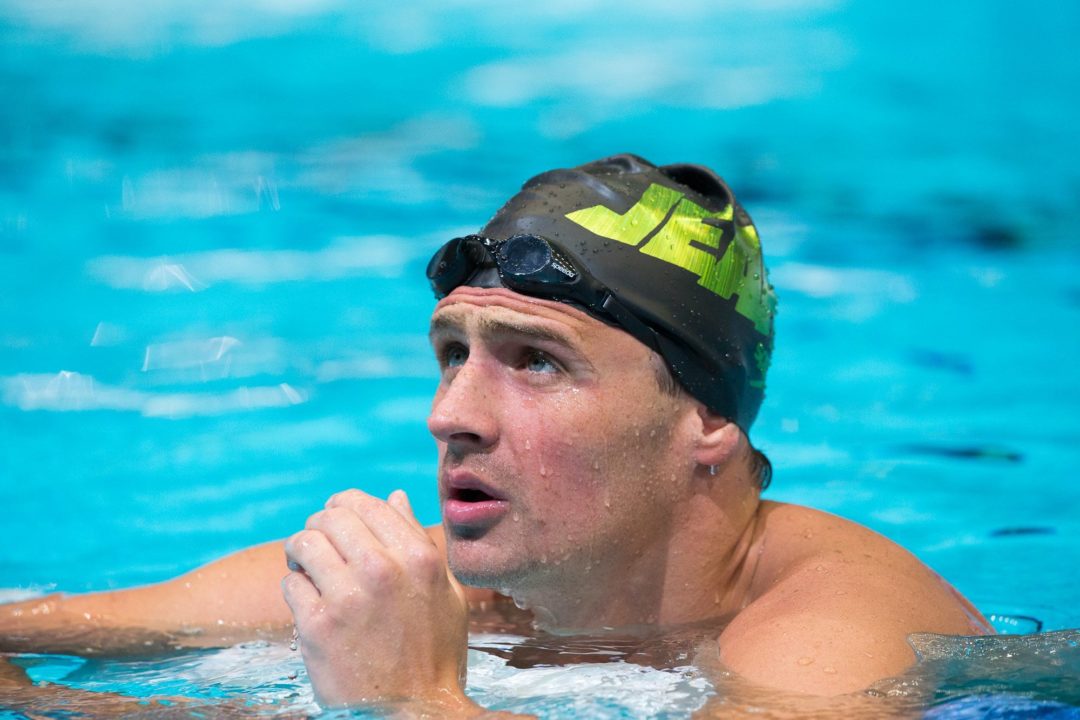 JEAH - A full list of how to follow every bit of the 2013 World Championships. (Photo: Tim Binning/TheSwimPictures.com)

The FINA World Swimming Championships begin on Sunday, July 28th and run for 8 days until Sunday, August 4th, 2013. They will be swum in Barcelona, Spain, at a temporary pool set up in the Palau Sant Jordi.

Below are all of the links and information that you’ll need to follow the World Championships.

As soon as Start Lists are released, we will have a Pick ‘Em Contest, of course.
Our full coverage can be found by going to this landing page, or clicking any of the links on the sidebar at the right.

Remember how we only had three people to cover the entire Olympic Trials and Olympic Games last year? Well, this year we’ve got 12 people covering the World Championships. Yes, that’s 12 people. You might as well tell your boss that you won’t be coming into work, tell your boyfriends and girlfriends that you won’t be taking them on any dates, and cancel all of your swim practices, because we’re going to have content rolling almost 24 hours a day.

Around the world, those times equate to:

With the exception of Australia, who shockingly has no broadcast of the meet, most of the world will be able to watch the meet on their television in some form-or-fashion. See that full clearing list here.

Those in Europe can pay for the EuroSport player and watch the meet streaming online here.

Other than those in Europe or other applicable zones for EuroSport, we know of NO available internet streams. Keep in mind that we are not allowed to share any links to “bootlegged” feeds, as it would violate our credentialing agreement with FINA and broadcast rights of various organizations. One will likely circulate on social media, however.

On demand video highlights will be avaialble in these countries (including Australia and New Zealand), will be available on FINA.TV every day. For those in the United States, we will continue, as we have been all week, to provide video highlights after each finals competition through our partnership with Universal Sports.

After the final coaches’ meeting, the start lists will be posted here on OmegaTiming.com.

Will there be a pick ’em contest for this meet or did I just miss it?

alkek, I love you, and I appreciate you reading, but you’ve gotta at least read the first three sentences before asking a question!

Pick ‘Em Contest will be out when start lists are out.

You are very nice to answer him.

I actually can’t read. I stole a ten year old’s bike and made him read me this post before I gave it back…he betrayed me.

I don’t understand anything.

BK must be under a lot of stress, so you’d better read everything carefully before you ask questions 🙂

Do we know when the final coaches’ meeting ends?
For the sake of my predictions, there’s 2 people whose schedule I’m particularly interested in: Kosuke Hagino and Belmonte. Both of whom, really, could swim 6 events if they wanted to.

Can you make sure this page doesn’t get buried? I love having all the links in one place. Thanks!

Hey it’s by no means a bad thing when you have a website that attracts so much traffic at times like these, not to mention busy beaver contributors who post at such a prolific rate… 🙂

But it can get quite frustrating trying to follow up on key pages like this one as they seem to roll off the front view in less than an hour! (when I click on “News” to try to hunt down the disappearing act article, more often than not I get an Android version of the site that’s dated back in June or something)

Most browsers have the option to `bookmark’ a page, you should try it!

Just did it. Thanks for the reminder.

MORROW3, the layout is something we’re working on to keep content easier to find in the future. We recently updated the search function to make it MUCH easier to find things. Expect to see more changes to come after things calm down (after Worlds, US Open, Juniors, etc are over).

As for this week, we are making sure to keep the most important/prevalent links easily accessible/on the front page for Worlds.

After giving birth to a little girl, after being judge in the very intellectual TV show Splash, after lauching her collection of swimsuits and jewels, Laure Manaudou will be swimming analyst for a French radio station.
http://lemag.eurosport.fr/article/laure-manaudou-passe-derriere-le-micro_a43240/1

A few words today from Amaury Leveaux which resume very well his career.
Question : How do you see your preparation for Rio?
Answer : As usual during the 4 years before the olympic games. 3 years of holidays and 1 year of work.

Have a nagging question…

Just noticed that neither the BBC nor Eurosport appear to be showing Day 1 finals session this Sunday??!

NBC here in the US will broadcast a delayed program @ 2:30 pm ET, and Universal Sports (that most American households can’t get even if they want to pay for it) a re-air of that @ 9 pm ET.

So are most of us just plain out of luck if we wish to catch key events such as both 4×100 free relays and the 400 frees on live TV or streaming?! 🙁

I’m fine with NBC’s tape delay on Sunday, hopefully, there will be live streams that pop up, but I’ve been watching meets on tape delay for years, so I’m used to it.

Hey bro , i checked allready 2 times what Eurosport will be showing live . They will indeed show 1H40 mins of prelims on sunday as well as the finals ( 1H55 mins ) .

Kevin Cordes swimming on the first day : interesting to see his early meet speed here …. A lot of Stars will be in the pool in sunday ….allready !

Eurosport is usually quite reliable. They are scheduled to broadcast the whole meet live including prelims, except during the last 2 days (weekend) when they start the finals sessions later by 1 hour and 1.30 hour, resp. (see http://tv.eurosport.co.uk/tvschedule.shtml) The first prelims session is cut short as Ervinforthewin already mentioned. They’re going downhill after all; I still remember watching the full first prelims session in 2007, from 2am-6am my time.:P

A big thanks go out to ERVINFORTHEWIN & LENNART VAN HAAFTEN for confirming that French & British Eurosport will be showing Sunday’s finals live!

I was looking at an earlier version of the Eurosport schedule which was less detailed and didn’t have a listing for the final session in the evening for Day 1, hence the initial panic!

Guess I’ll have to see if I can subscribe to the Eurosport Player using the method suggested by a commenter here:
http://swimswam.com/no-broadcast-of-fina-world-championships-for-australia/

Eurosport will show the finals live Sunday, I talk about the beginning of the evening session, if the women’s soccer Euro final is finished. I hope there will not be extra time and penalty shoot-out.

Eurosport would miss the first hour if the women’s soccer goes to penalties.

Looks like it will be BBC Red Button for me on Sunday.

The lists are up!!