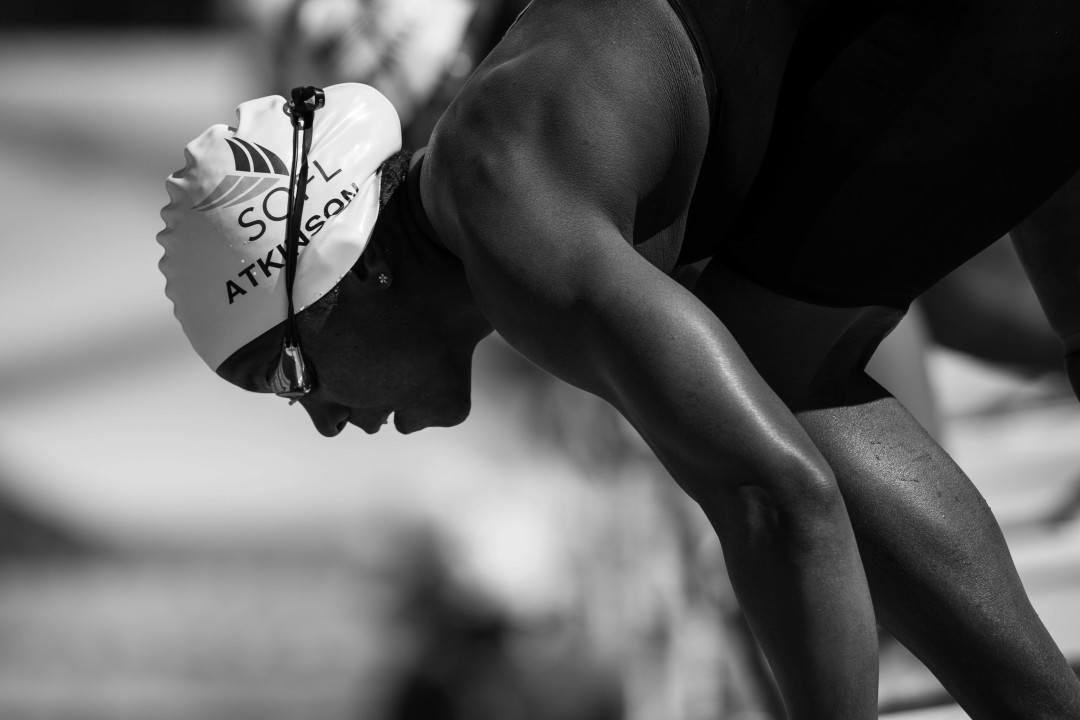 Jose Martinez and Monika Gonzalez-Hermosillo both improved upon their own Mexican national records in the event to win the event.

Atkinson had a phenomenal quad after placing 4th in the 100 breaststroke, her best event, at the 2012 Olympic Games; but that resulted in a slide to just 8th place (1:08.10, LCM) in Rio two weeks ago, though she was as fast as 1:06.52 in the semi-finals (still out of the medals position).

Back in short course, where she’s been one of the best underwater breaststrokers in the world for more than half-a-decade, she’ll get some consolation from this win. It earns her $1,500USD for the event win and 10 bonus points toward the overall FINA World Cup standings, and barring another World Record at this meet, will also get her big cluster points toward the $50,000 1st-place prize. She’s now guaranteed a minimum of 46 points after day 1, with more likely to come. For comparison, Hungarian Katinka Hosszu finished the first stop in last year’s series with 81 points from all of her races combined to sit in 1st place. A win gets 12 points, a 2nd-place finish gets 9, and a 3rd-place finish gets 6, with bonus points for tying or breaking World Records and to the swimmers with the best single-swim performances in each meet.

Unfortunately for Atkinson, the $10,000 prize available for World Records isn’t handed out if the record is tied – which she’s now fallen victim to twice in her career.

that last paragraph is a real kick in the teeth.

Poor girl. Not only once she got screwed from the money but twice.

FINA not paying anything for a tied WR is the most FINA thing ever if you think about it.