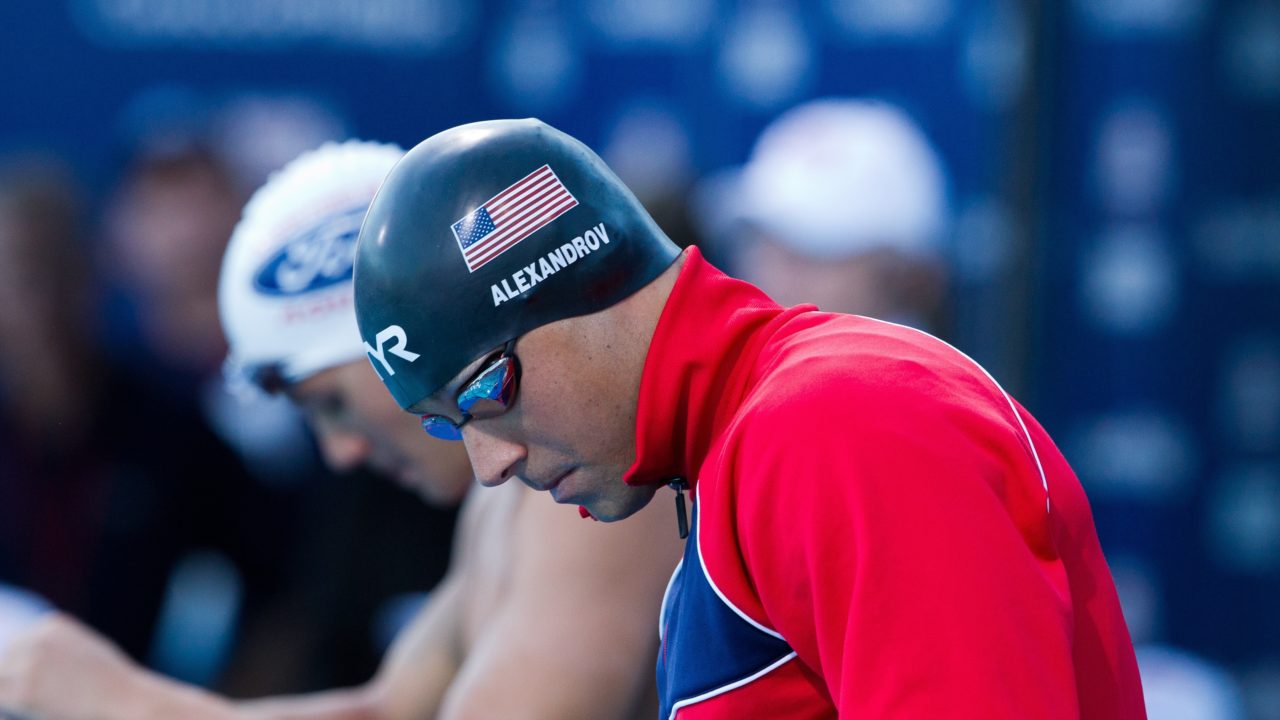 Mike Alexandrov's speed in short course should pay off in Rio at the Fast Lane challenge. (Photo Courtesy: ©Tim Binning/TheSwimPictures.com)

According to Brazil’s Blog do Coach, who has been on the front edge of all information for the upcoming Fast Lane meet in Rio de Janiero, the American lineup will be comprised of Adam Mania (backstroke), Mike Alexandrov (breaststroke), Eugene Godsoe (fly), and Josh Schneider (freestyle) as they face off against stacked lineups from Brazil, France, and Australia for $50,000 in prizes.

While this would probably not be the absolute tip-top American lineup that one could imagine, it should be extremely competitive in the meet that will feature head-to-head battles in a 50-meter race of each stroke, plus two rounds of 200 meter medley relays, all in short course meters.

Opening round matchups will see the Americans face the Brazilians and the Australians against the French.

As for the Americans, Alexandrov and Schneider are the keys. The former is the current American Record holder in the 100m breaststroke and is phenomenal in short course; the latter just came off of a win in the Tiburon Sprint Classic, a similarly-oriented made-for-tv event in the United States, where he had no trouble navigating a pair of short course 50’s in fewer than 30 minutes.

The Brazilian team will be Daniel Orzechowski, Felipe Lima, Gabriel Mangabeira, and Bruno Fratus, notably with the absence of the country’s two top sprinters Nicholas Santos and Cesar Cielo.

With Camille Lacourt, Giacomo Dortona, Fred Bousquet, and Florent Manaudou, the French are huge favorites to take home top honors at this meet; they are the only country that is bringing their best possible lineup, including the 50 free Olympic gold medalist Manaudou.

The Australian relay is yet to be revealed, though coach Alex says he’ll have that tomorrow.

I don’t know, that jabroni Mania is pretty good at the 50 back…