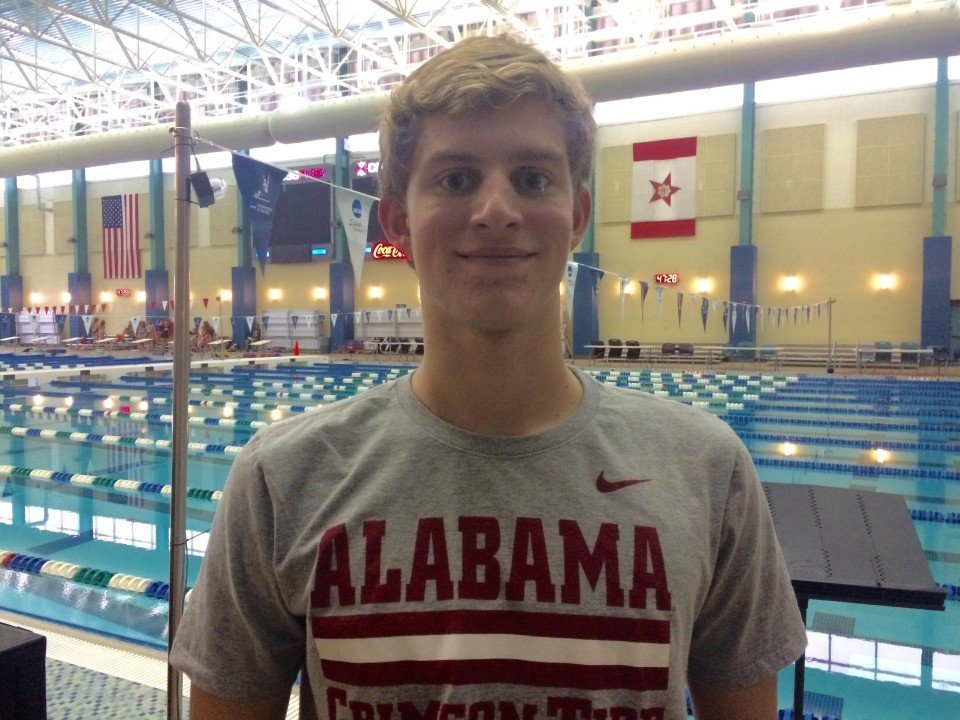 Wyatt Harrison, who swims for Homewood High School and Birmingham Swim League, has made a verbal commitment to University of Alabama. Current photo via Wyatt Harrison

Alabama transplant Wyatt Harrison has given his verbal commitment to the University of Alabama. Harrison attends Homewood High School and is a 2015-2016 National Merit Scholarship Corporation Semifinalist and a two-time USA Swimming Scholastic All-American.

“Alabama offers everything I am looking for: a stellar academic program and Honors College, a top-tier swim team, an incredible coaching staff, and a fantastic group of teammates, who I know will positively challenge and support me both in the pool and in academics. I’m excited to join the Crimson Tide. Roll Tide Roll!”

Harrison moved to Alabama with his family in August 2014, after having spent his first two years of high school at Normal University High School in Normal, Illinois, whose team was coached by Coach Michelle Meyer. Harrison helped Normal U-High win the 2014 IHSA Swimming and Diving State Championships with his eighth place finish in the 500 free (4:36.36). The Pioneers became the first “downstate” school to take the IHSA crown in the championship’s 82 year history. Harrison also swam for Redbird Swim Club at that time, under Coach John Almeida.

When his family relocated to Alabama, Harrison joined Birmingham Swim League where he trains under Coach Mike Davidson. His top times are:

Harrison’s 1650 free would have scored in the C final at 2015 SEC Championships although he is still out of range in the 500.