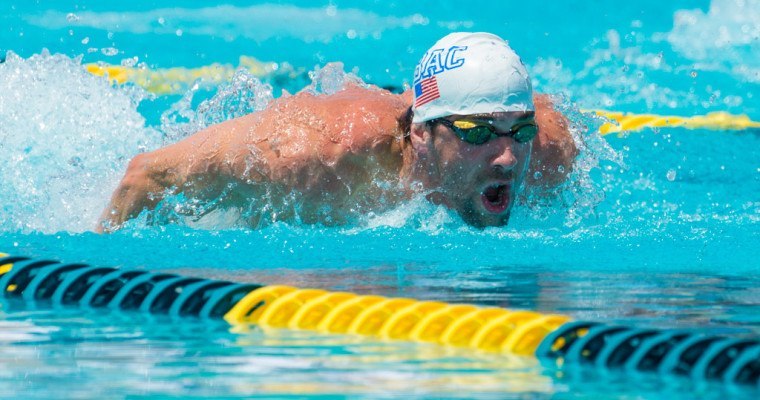 Here is Phelps by the numbers this morning in Mesa in his 100 butterfly. Current photo via Mike Lewis/Ola Vista Photography 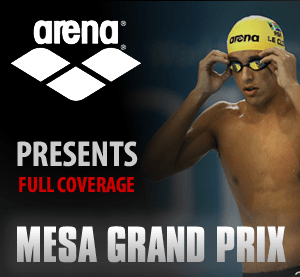 So now that Phelps has dropped the 100 freestyle here in Mesa, we can just take a look at his 100 butterfly. While I am comparing him to some of his best performances, it at least can give us some idea of where he is in his training in his comeback.

Phelps finished first this morning at 52.84, putting him in the A final tonight as the top seed.

Let’s go over what we looked at:

RT = Reaction time off the blocks
Stroke Count = Butterfly – One stroke; Freestyle – One cycle (two strokes)
*Average Stroke Rate = Time it takes to complete one stroke — then we took that total off all the strokes and divided it by the stroke count of that lap
Splits = 50 times within the race
Final Time = Overall finishing time

Here is what I gathered this morning off the video provided to us by Universal Sports:

Pretty much, Phelps is consistent. The fact that he can take nearly two years away from the pool, and still hit his stroke count, underwater kick, underwater distance, etc. is incredible. I think the biggest piece of the puzzle here is his stroke rate, which is exactly what I predicted. He doesn’t have the speed per stroke on the front or back half.

Phelps has always been solid on the back half and it is because of his ability to maintain his stroke rate, when others may begin to slow down due to fatigue. You look at all of his past races we have looked it, his front and back halves are mirror images, as they were in Mesa this morning.

Some have asked us what is his distance per stroke. He is the same here as he was in Beijing, as taking 16 strokes over 35m of swimming is about 2.18 meters per stroke. On the way home with about 37.5 meters of swimming for 18 strokes, leaves him at 1.97 meters per stroke. I don’t think is the factor between the Phelps in Athens, Beijing, Shanghai, etc. etc. I think the difference is with his stroke rate; his ability of how fast he can accelerate the water each stroke he takes.

Hopefully tonight we can see if Phelps can up that stroke rate to be a bit faster tonight. Plus, his underwaters off the turn were about a half a second slower than they were in Beijing, which could also be some easy time to shave off.

But nonetheless, welcome back to swimming Phelps!

So how’s this compare to other in-season meets? Comparing the same fruit there, methinks.

when he was at Austin grand prix back in 2012 he did a 52 in prelims I believe. so he is probably about half a second if not a little more slower. I cant remember exactly what he did but he is slower compared to his other non tapered times. but not by much

glad underwaters were incorporated this time!