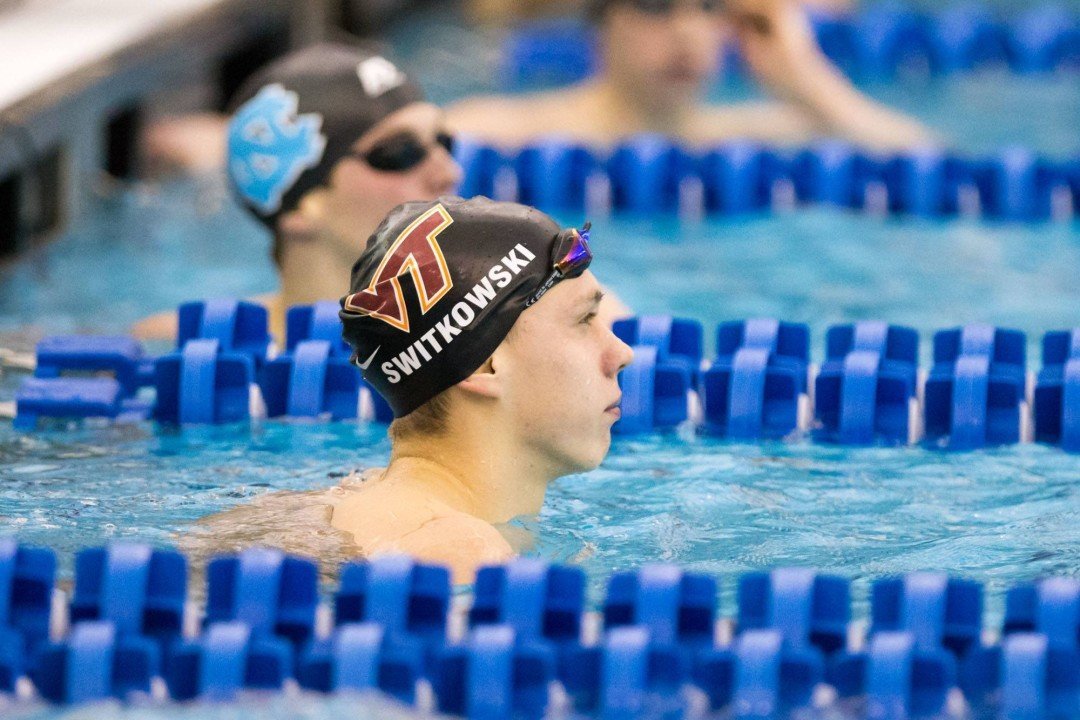 Jan Switkowski emerged from a deep and impressive field as the 2015 Polish National Champion in the 200 fly, and will now continue his college career at the University of Florida. Archive photo via Tim Binning/TheSwimPictures.com

Polish National Jan Switowski will transfer from Virginia Tech to Florida prior to next season after one year in Blacksburg.

Switowski qualified for the 2014 NCAA Championships as a freshman as a member of the Virginia Tech 400 and 800 free relays after the team’s breakout ACC Championship season. He was also the ACC Champion that year in the 500 free, and scored 75 individual points (24 place scoring) at that championship meet.

However, in the 2014-2015 seasons, which would have been his 2nd in terms of eligibility, he never appeared on Virginia Tech’s roster.

“I chose Florida because it feels like a place where I will find a perfect balance between training and academics,” Switkowski said. I’m looking forward to swimming under this coaching staff as well as being part of the team.”

Switkowski has the kind of versatility that Florida head coach Gregg Troy has frequently valued on his roster.

Note: His improvements in long course since the 2013-2014 season indicate that he’s got NCAA scoring potential in the 200 fly as well.

“We are very excited to have Jan (Switkowski) join the program,” head coach Gregg Troy said. “He swims a lot of different events and is very similar to some of our outstanding athletes from previous years. His versatility, good academics and focus will all be tremendous assets to the program.”

Switkowski is the second ACC event champion that the Hokies have lost to transfer this off-season after Joe Bonk announced he would be moving on to conference rival North Carolina State.

The Florida Gators have a history of Polish swimmers on their varsity squad, which includes senior-to-be Pawel Werner and recent team member Marcin Cieslak