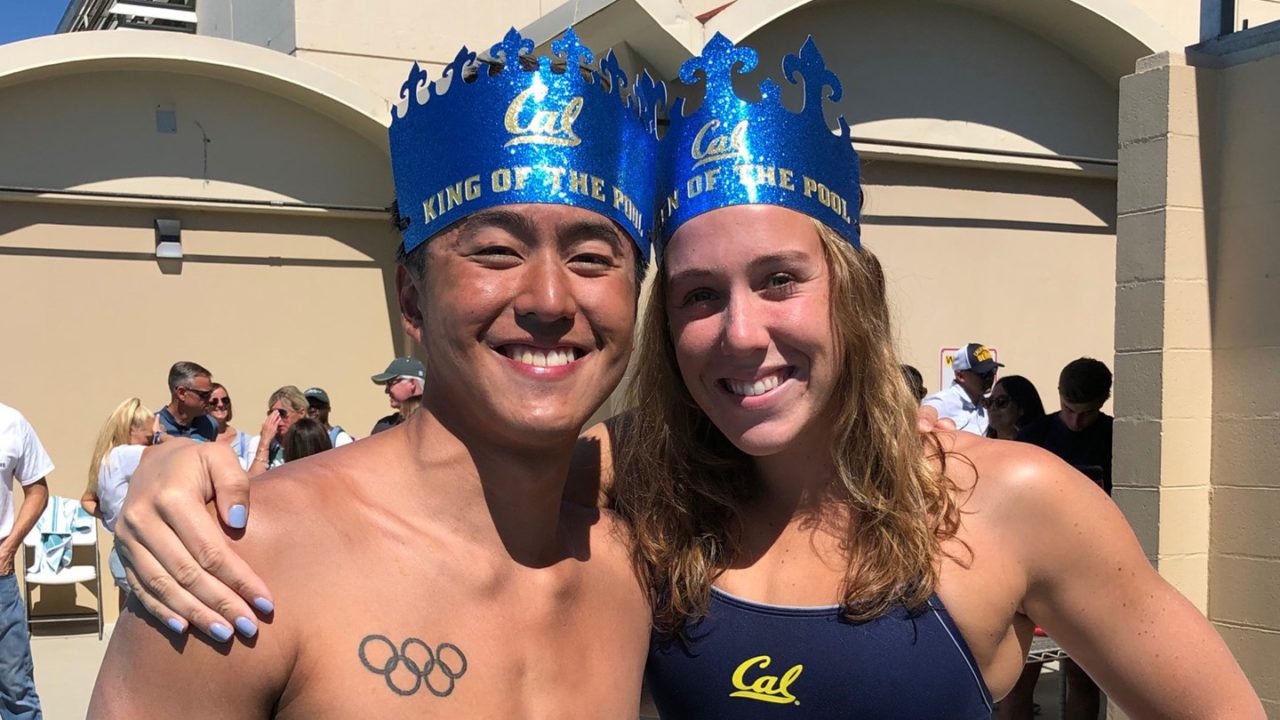 Cal senior standout Abbey Weitzeil has retained her title of Queen of the Pool, winning the meet in a new record time. Current photo via Cal Athletics

Cal sophomore Izzy Ivey kicked the meet off with a strong victory in the 100 fly, clocking in a 54.87. Weitzeil had the next fastest time with a 55.30, followed by Cal junior Robin Neumann.

After the 100 fly, Weitzeil steamrolled through with a consecutive 4-event sweep. Weitzeil’s first victory of the meet was in the 100 back, where she touched in at 55.29. Also hitting the 55-second mark was Cal junior Sophie Krivokapic-Zhou (55.29) and Ivey (55.74).

In the remaining three events, Weitzeil earned her most dominant victories, winning each event by more than a second. Here’s a breakdown of how dominant Weitzeil was in the 100 breast, free, and IM.

Cal sophomore Cassidy Bayer is listed as second on the overall standings, however, is listed as DQ in her 100 breast and 100 IM times. From what her 100 breast time suggests (59.99), it could be an educated guess that she did not perform breaststroke kicks and instead used dolphin kicks as a result of an ongoing knee injury.

Long live the queen! @AbbeyWeitzeil retains her Queen of the Pool title with a record time of 4:38.76. #GoBears https://t.co/aQu9zUMHKB

The Cal women’s next splash in the pool at the Chik-fil-A Invitational at Fresno State, which will take place October 11-12.

Uh, what were the dude’s times?

Not sure what’s more impressive, the SCY versatility or that 100FR time as the fourth race of the day.

Nobody else under 1:05 in the breast?

Breaststroke continues to be the Cal women’s weakness.

Surprised they can’t score 1 good breaststroker. I’m sure if someone wanted to come to the school with a 1:02 theyd get a full ride

Rajic was about the same last year I believe, then dropped to a 58 at NCs to make the A final