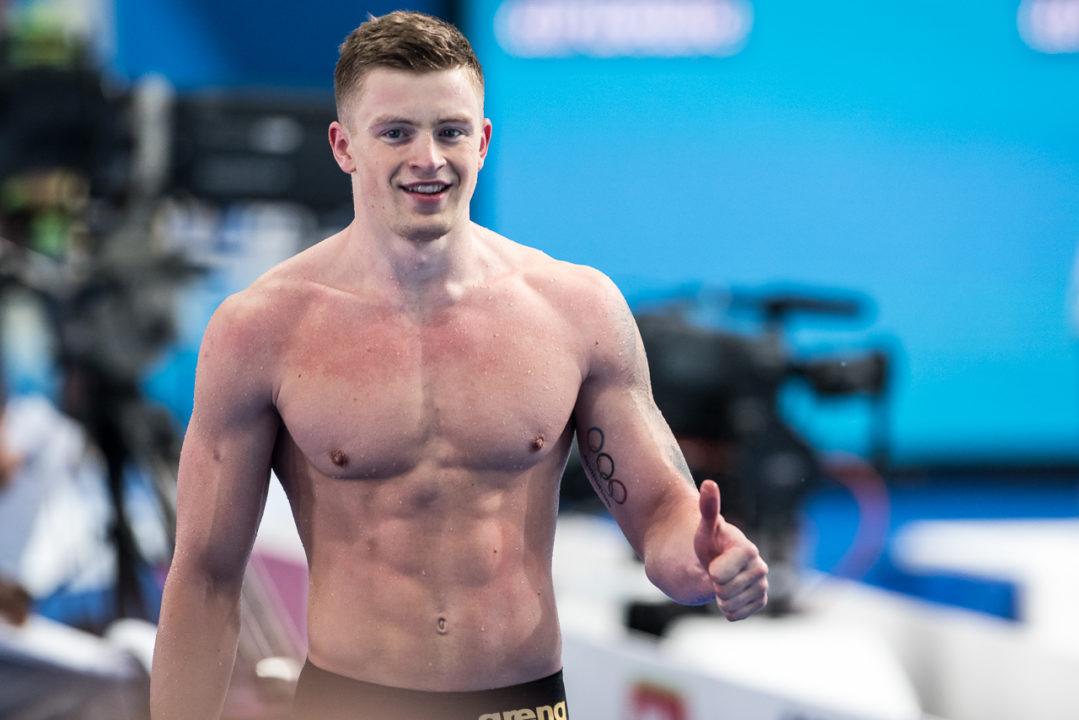 British swimming, particularly on the men’s side, has kicked into major gear the past few years, culminating with the squad exceeding medal expectations at the 2016 Rio Olympic Games. The upward trajectory had been in the works well before then, however, with the likes of Adam Peaty, James Guy and Ben Proud wreaking havoc on the British swimming record book pre-Rio.

British swimming has recently published its national record progressions across all of its men’s and women’s events, which gives insight into just how far the sport has come for the nation. Specifically looking at the men’s long course meters records, although several supersuit era records still remain, the trend is heavily leaning towards faster swimming across the majority of events, with national marks broken as recent as the World Championships last month in Budapest.

As with most nations, there was a distinct post-supersuit record-breaking drought post-2009 for Great Britain, with its swimming history remaining unchanged until Michael Jamieson fired off a wicked-fast 2:07.43 in the 200m breaststroke at the London Olympics. That checked in as a new national record and scored the Scot a silver medal at those Games, foreshadowing the strong British continent we see on starting blocks today.

Seeing Jamieson stand atop international swimming’s biggest stage appeared to kickstart a resurgence of British swimming, as 2013 brought about 3 national records’ demise. In 2013, now-retired Adam Brown slid into the record mix with a new mark in the 50m freestyle time of 21.92, making the Auburn University-trained athlete just the 2nd British swimmer ever to dip under the 22 second threshold in the splash n’ dash event.

Daniel Sliwinski also made his mark in 2013 with a new 50m breaststroke NR of 27.40, while Ben Proud notched a new national mark in the 50m butterfly with his 2013 time of 23.10. The trend continued with Peaty‘s 100m breaststroke national record of 59.25 (not a typo!) in 2014 and Ross Murdoch‘s 200m breaststroke time of 2:07.30 to win gold at the 2014 Commonwealth Games. That led to Brit James Guy‘s destruction at the 2015 World Championships, where the young rising star earned the world title in the 200m freestyle along with a silver medal in the 400m free, both under the previous British national marks.

Here are just a few additional key points gleaned from reviewing the successive British national swimming records for the men, with a subsequent post to be published with the women’s records analyzed.

I like their improvement. Now they just need to fill up all the events with great swimmers and they’ll be untouchable.

But they will never have the necessary spread of talent, let alone the depth, at any given time ….. and they are smart enough to realise that. Therefore they do not select “tourists” but rather only those who are likely finallists at worst and no uncompetitive relays.

They’re probably still surfing the post London ‘wake” re a peak generation of talent and investment but their infrastructure remains sound and their strategic direction far sounder and more realistic than that of AUS.

Especially with Guy giving up the 400

4X200 – would amend that to “over the rest of this Olympic cycle” where I think both the GBR record and the top spot in the intl pecking order in this event will remain “fluid” to say the least. Anything further out than that open to speculation …. and there being new blood of sufficient quality.