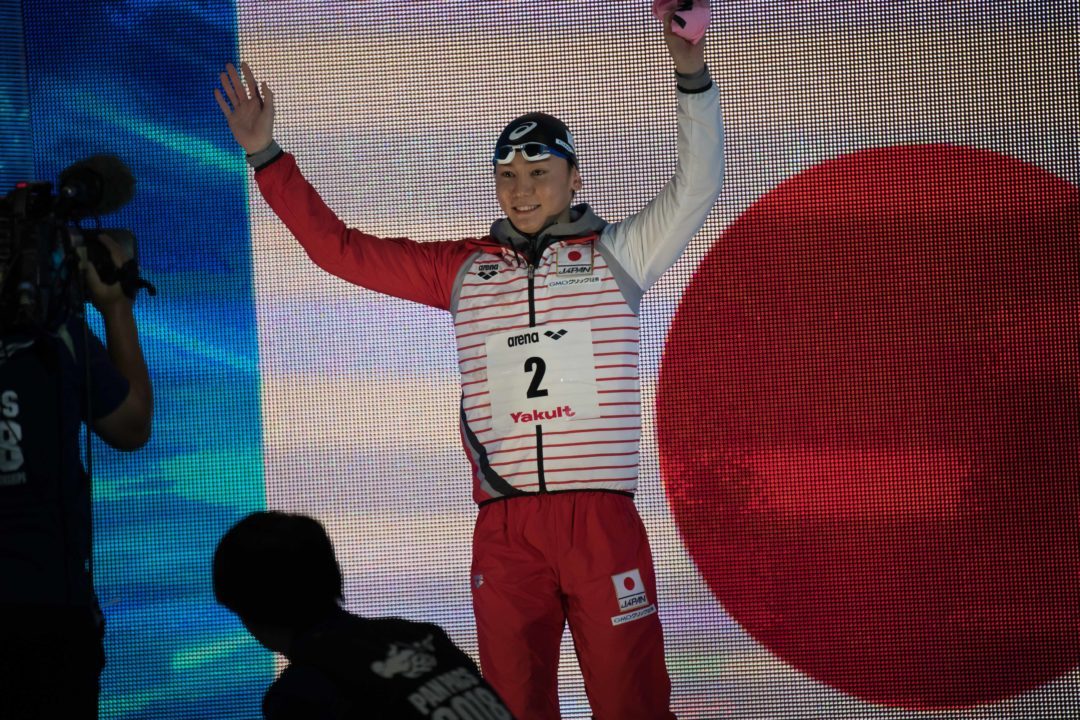 Freestyle ace Naito Ehara was added to the Japanese lineup for the 2019 World Championships, helping bring the entire roster count to 25 for the nation. Archive photo via Mike Lewis/Ola Vista Photography

Now that the final World Championships qualifying meet for Japanese swimmers has concluded, the Japanese Swimming Federation has announced 8 additional swimmers have been added to the original 17 ready to represent the nation in Gwangju, Korea this summer.

Leading the octet is Reona Aoki, the 24-year-old breaststroking ace who took the 100m event over the weekend in a big-time mark of 1:06.44. That falls in line with the 1:06.34 she put up for bronze at last year’s Pan Pacific Championships, as well as the 1:06.45 she produced for silver in Jakarta at the 2018 Asian Games.

Freestyle ace Naito Ehara, silver medalist in the 400m last year in Jakarta, also got his name added to the roster for Gwangju, as did young Tomomi Aoki. A 2016 Olympian, Aoki has been making strides in the freestyle events, clocking a mark of 54.90 in the 100m sprint to get under the 54.96 minimum to secure a relay spot for the women’s squad.

Of note, just 17 swimmers in total made the journey to Budapest to represent Japan at the 2017 World Championships, to the nation has 8 more athletes this time around, despite the ever-stiffening qualification times set by the Federation.

Those not making a repeat trip include Kosuke Hagino, who has opted out of the qualifying competitions and, therefore, the World Championships, in order to focus on his mental and physical health. Rikako Ikee is also absent, as the teen is battling leukemia.

Olympic silver medalist in the 200m fly, Masato Sakai, also fell short of the roster in his specialty 200m fly event. Only Daiya Seto made the minimum qualifying mark in that race for Gwangju.

Official Roster for World Championships as of June 3rd:

That’s interesting. Japan sends the same amount as Great Britain. I think though that Japan has more depth however Great Britain will have more success at worlds.