3 School Records and a 22.33 Fly Split for Duke Women at Nike Cup 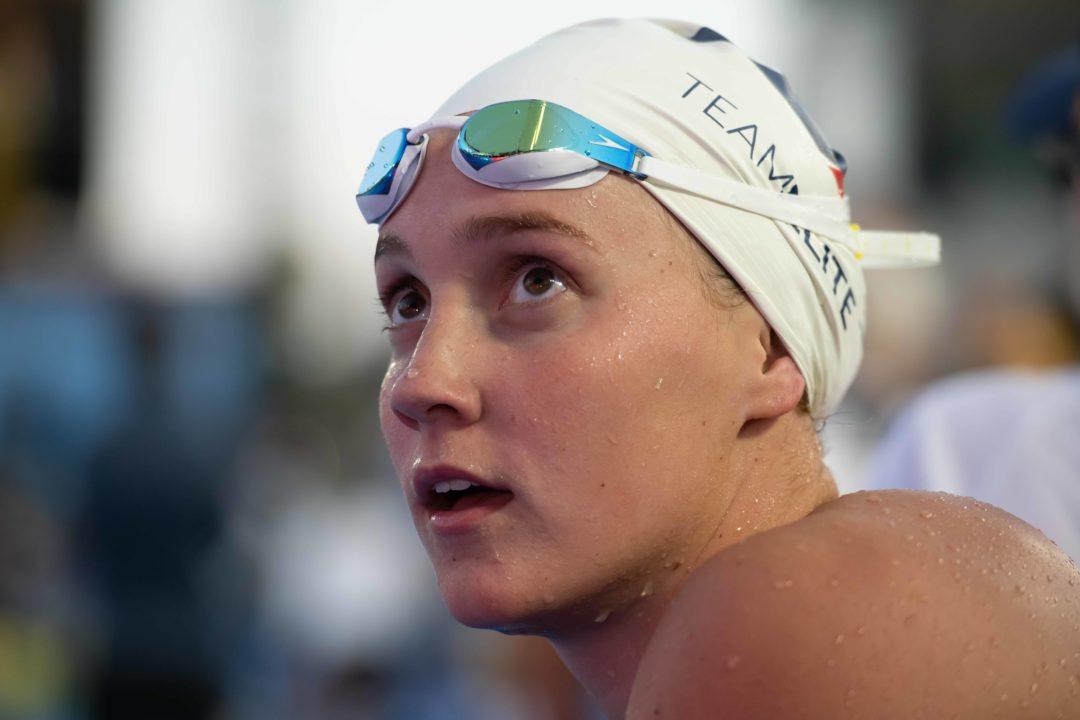 The 2019 Nike Invitational, hosted by North Carolina, was a combination of non-conference swimmers looking for a prelims-finals taper opportunity; and a ‘first chance’ meet for mostly-local schools looking for fast times before the start of conference championship season.

For the Duke Blue Devils, the meet fell into both categories, with the latter group putting on a show in Chapel Hill. That included three Duke Records going down over the last two days of competition. Kylie Jordan started the record-breaking on Saturday with a 51.42 in prelims of the 100 fly.

That breaks the old record of 51.46 set last season by the now-graduated Leah Goldman. Jordan’s time should easily earn her an invite to the NCAA Championships (52.4 was invited last year) and jumped her to 9th in the country so far this season, including 3rd in the ACC.

Then on Sunday, senior Maddie Hess joined the record-breaking fun, swimming 1:53.86 in the 200 yard backstroke. That breaks her own school record of 1:54.24 from last season. That time ranks Hess 23rd nationally heading into ACCs in a few weeks; but it won’t be as confident of a qualifying time for NCAAs as Jordan’s was: last year, it took 1:53.64 to earn an invite to nationals in the 200 back.

“We saw several school records get broken,” Colella said. “Yesterday the [100 butterfly] school record by Kylie – that was a pretty special swim … We’re really, really excited about the upcoming conference and NCAA championships. It’s been one of those seasons where people have done a terrific job. It’s been consistent day in and day out. Now we’re just starting to see all the work come through. It’s exciting to watch.”

Duke also swam a provisional cut of 1:37.69 in the 200 medley relay with their ‘A’ squad in the pool. That included a 22.33 fly split from Alyssa Marsh, which would have tied for the fastest split at NCAAs last season.

Not for nothing, there were other schools there. And for at least one of them… the final spot on the conference team that will swim two weeks out was up for grabs. Which generated some intense competition and solid mid-major times. And there were even some men there!!!!

That 100 fly and 50 fly split are even more impressive considering that Saturday’s session was at Duke’s shallow and slow pool.

Food for thought: Duke calls this 3 day meet the Nike Cup, while UNC calls it the Janis Hape Dowd Invitational. Why? UNC hosts two days while Duke hosts one, due to a home basketball game at UNC’s Smith Center, which also houses Koury Natatorium….great cooperation between these two schools only 8 miles apart. Janis, a 1976 U. S. Olympian & a UNC graduate in 1980, provides the funds for the expenses of this meet with an endowment.