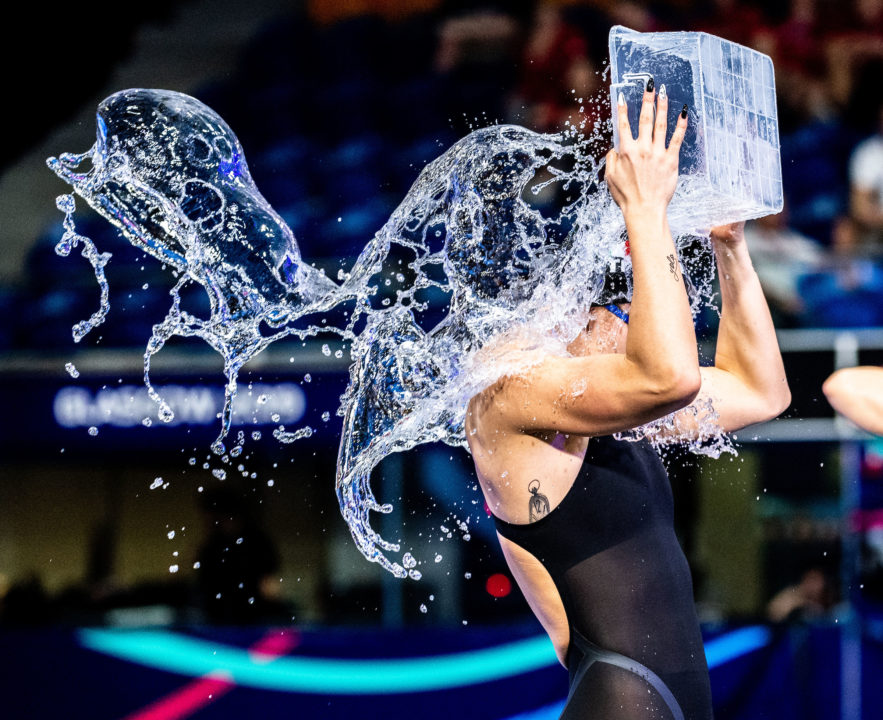 As we’ve seen with many large and/or international meets on the tail-end of this pandemic, the upcoming European Championships will be held without spectators. The Hungarian Swimming Association made a joint statement with the Ligue Européenne de Natation (LEN) announcing the decision earlier this week.

“We herewith inform you that the 35th LEN Aquatics Championships to be held between 10-23rd May will be organized in a so called “bubble” system, therefore only athletes, team delegates, organizers and volunteers will be allowed to enter the sport venues,” reads the statement.

“The local Organizing Committee did its utmost to come up with potential scenarios to let spectators enter (even if limited number), but the prevailing health measures do not make this possible under the current pandemic environment.”

While regional and even national swimming events in some countries have been able to go on with at least a limited crowd, the Euro Champs bring in fans from scores of different countries across Europe, which is much more difficult to manage safely. Meets have been altered and pool capacity lowered for the past year; the ISL was able to run its second season only by way of a months-long bubble, while the upcoming Tokyo Olympics have already banned foreign spectators in-person.

The 2021 European Championships will begin on May 10th in Budapest, Hungary, kicking off the Olympic summer with the first major international championship. View the entire schedule here.

What are the dates for the swimming part of the championships?

The democrats strike again 🙄 they don’t let us have any fun!

Those Dems have so much power over European swimming

You took the bait.