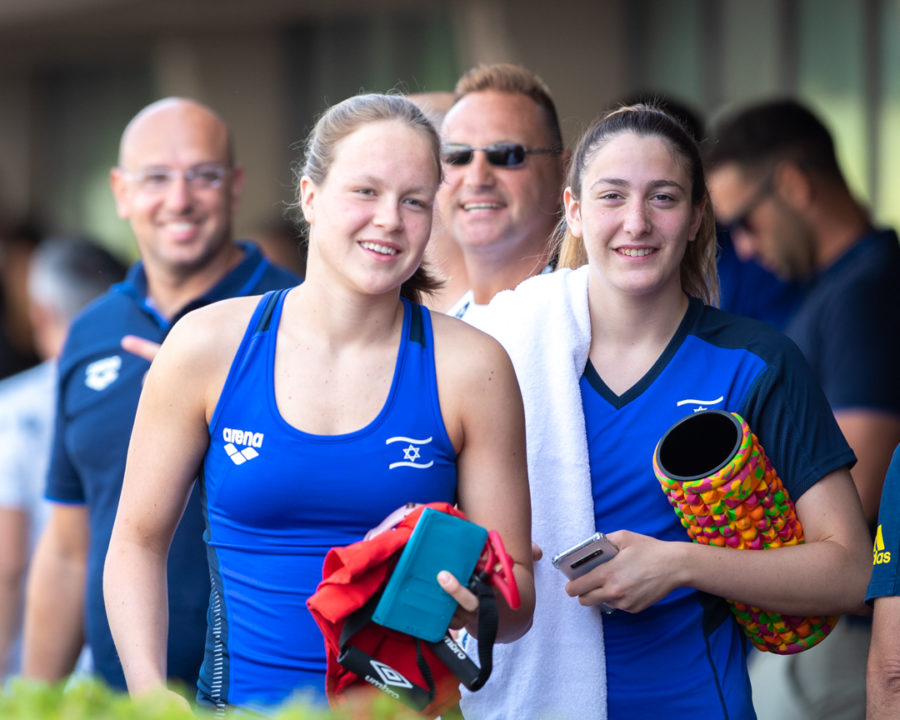 16-year-old Anastasia Gorbenko of Israel started her 2019 World Junior Championships campaign off right, firing off a new National Record in the 100m back. Archive photo via “Rafael/Domeyko Photography”

16-year-old Anastasia Gorbenko of Israel started her 2019 World Junior Championships campaign off right, firing off a new National Record in the women’s 100m backstroke. Competing in the heats on day 1 in Budapest, Gorbenko produced a time of 1:00.58 to claim the 3rd seed behind leader Jade Hannah of Canada and 2nd seed Mollie O’Callaghan of Australia.

Entering these Championships, Gorbenko’s lifetime best in the 100m back rested at the 1:01.03 she posted just earlier this year while competing on the Mare Nostrum Tour. That time included splits of 29.63/31.59 to make her the fastest Israeli female ever.

Flash forward to this morning, however, and the teen showed she came to play by slashing just under 1/2 a second off of that career-fastest to hit a new low of 1:00.58. Splits for her swim this morning include 29.12/31.46, demonstrating that Gorbenko was much faster on the way out.