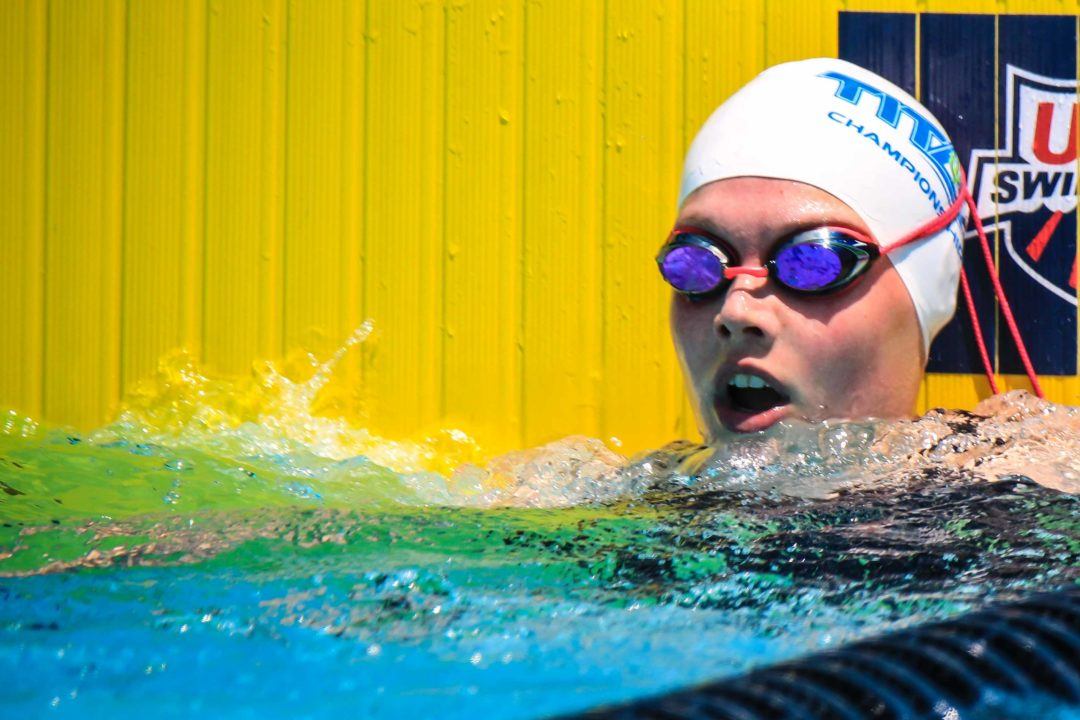 After a boasting nine new World junior champions were crowned on Wednesday, the Thursday finals session of the 2019 World Junior Championships will feature 4 new champions alongside the mixed 4×100 free relay. Here’s a look at the event line-up for tonight’s session.

Young talent is storming in during these World Junior championships as many youngsters have stepped up against the 17-/18-year-old athletes. 16-year-old Americans Gretchen Walsh (54.25) and Torri Huske (54.52) come in as the women’s 100 free final top 2 seeds and the 3rd/4th fastest 15-16 American event performers all-time.

Meanwhile, 16-year-old Belarusian Anastasiya Shkurdai led the 50 fly morning swims with a 26.20. 15-year-old American Claire Curzan was the second fastest heats swimmer in the event at 26.32. 14-year-old Miriam Sheehan will also be in top 8 contention after breaking the Puerto Rican national record with a 26.82.

The new generation of women’s breaststroke is being primed in the 100 breast semifinals as 16-year-old Brit Kayla van der Merwe leads with a 1:07.50, just a second off the championship record of 1:06.61. 14-year-old Russian Evgenia Chikunova will lead the first semifinal heat with her #2 morning swim time of 1:08.07. Here’s more storylines to watch throughout Thursday’s finals session of the 2019 World Junior Championships.

How many swims has minakov had so far this meet? Between this and worlds, the kids got to be tired from all this racing