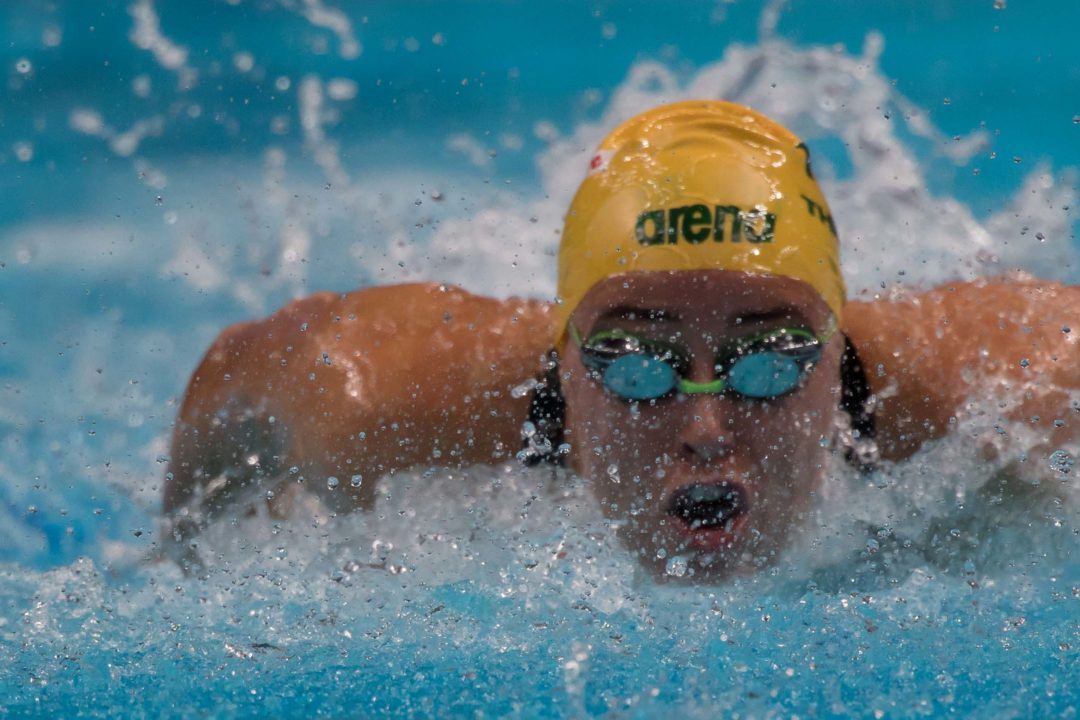 Australia's Brianna Throssell scratched the semi-finals of the women's 200 butterfly after placing 11th in heats.

After placing 11th in heats of the women’s 200 butterfly, Australia’s Brianna Throssell has declined her spot in the semi-finals. Throssell was seeded tenth with 2:07.39 and placed third in her heat with 2:09.91. That was good enough to make the semi-finals by .72.

Throssell was entered in three individual events in Gwangju: 50 fly, 100 fly, and 200 fly. She made the final of the 100 fly on Monday night, finishing fifth overall with a PB of 57.09. On Sunday she swam in both the heats (53.66) and the final (53.34) of the Australian women’s 4×100 free relay that won gold with a new Championship Record. Throssell may be called upon to swim butterfly in the final of the mixed medley relay on Wednesday, especially if Emma McKeon, who scratched out of the 200 free on Tuesday due to illness, is still unavailable.

All other qualifiers for semi-finals and finals will swim on Wednesday evening.

The Day 4 evening session will begin at 8:00 P.M. Korean time on Wednesday, and will feature:

Saving herself for 4×200 free & medley relays as AUS has a small team and not enough reserve swimmers.

Olympic finalist in this event, but has shown great progress in the sprint free races as of late…rained PBs at Trials. She also hit a PB here in the 1fly.