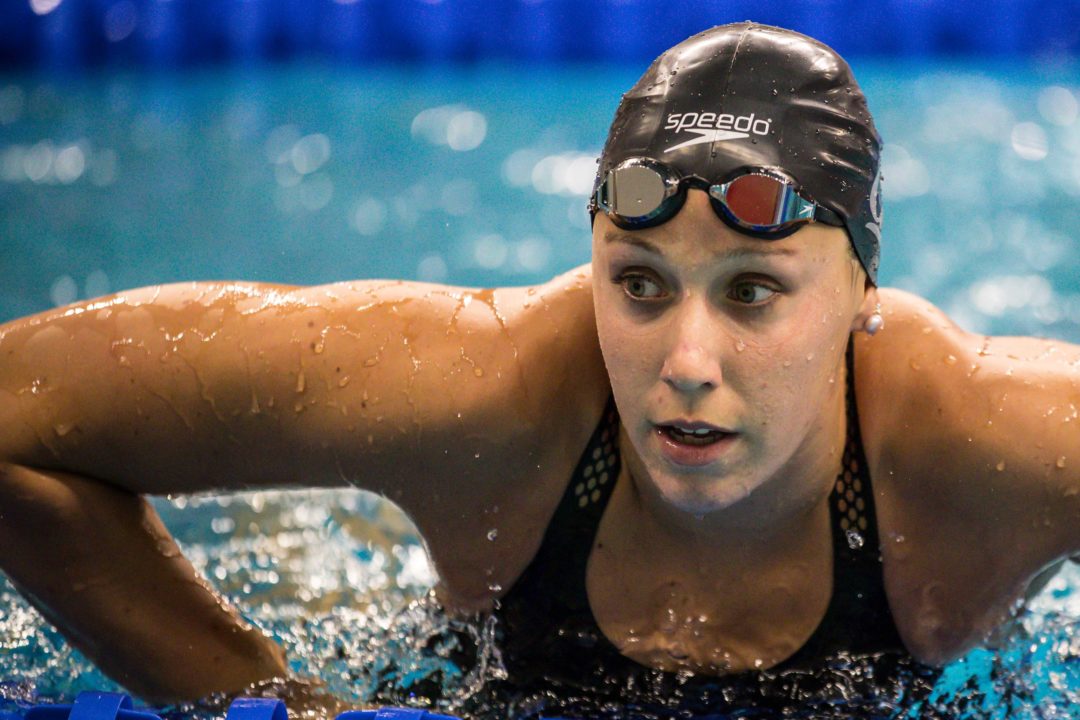 Tonight is the first full night of finals at the 2019 Women’s NCAA Championships in Austin, Texas. Swimmers are set to compete in the first individual finals of the meet in the 500 free, 200 IM, and 50 free. Tonight’s relay action includes the 200 free relay and 400 medley relay. Divers will compete in the 1-meter finals.

Read on for a preview of a few of the races and swimmers to look out for. For a full recap of this morning’s prelims, click here.

CLASH OF THE TITANS IN WOMEN’S 50 FREE:

Tonight’s 50 free will feature the 2 fastest women in history: Cal’s Abbey Weitzeil, the American Record holder and fastest ever, and Tennessee’s Erika Brown, the NCAA Record holder and #2 all-time. Weitzeil put up the 8th fastest performance in history this morning, with Brown clocking in just a few hundredths shy of that. Brown, the SEC champion, set the NCAA Record last month at the SEC Championships with a scorching 21.15. That broke the mark formerly held by 2018 champion Simone Manuel.

Weitzeil was just a hundredth shy of that record a week later, posting a 21.16 to win the Pac-12 Championship title in a new conference record. The only time anyone has ever swum faster was when Weitzeil set the American Record at 21.12 back in 2016. She set the record at the American Short Course Championships, which was held in this same venue.

Last season, Stanford’s Ella Eastin far exceeded expectations as she smashed the American Record with a 1:50.67 in the 200 IM. Eastin had returned to the podium, as she won the event as a freshman but finished as the runner-up as a sophomore in 2017. Now, she’s seeking her 3rd title in the event as a senior. If anyone can come close to breaking 1:50 tonight, it’s safe to say it’d be Eastin. She looked very smooth this morning and swam over a second faster than she did in prelims of last season’s NCAA meet.

A few of the other standouts in this race include Tennessee’s Meghan Small, the SEC champion, Wisconsin’s Beata Nelson, the Big Ten champion, and Texas A&M’s Sydney Pickrem, who took 3rd in this event last season. Between those 3 and Eastin, we’ll see 4 of the top 10 fastest performers in history competing in the same race.

As a freshman 4 years ago, ASU’s Cierra Runge broke the NCAA Record in the 500 freestyle. That record has since been broken and brought to another level by 2018 champion Katie Ledecky, but Runge is back and eyeing her first NCAA title tonight. At the Pac-12 Championships last month, she put up her fastest time since 2015. She was even faster than that this morning to take the top seed for finals.

There are several women who could challenge, including Stanford’s Lauren Pitzer, who had the top time coming into the meet. Teammate Brooke Forde is a big threat as well, having broken 4:35 for the first time this morning. Minnesota also has 2 in the final who could grab a top 3 spot. Mackenzie Padington and Chantal Nack both broke into the 4:35-range in prelims. Virginia’s Paige Madden, the 4th seed for finals, also had a breakthrough this morning with a 4:35, dropping almost 3 seconds to put herself in the conversation for a top 3 finish.

Asia Seidt could challenge for a medal in 200 IM also

Actually, she hasn’t won one in the 500. As a freshman, she broke the NCAA record at Pac-12s, but finished 2nd at NCAAs to Leah Smith.

500 Free any of the top 8 can take the title. All the swimmers are within a few seconds and everyone at least having a best time of a 4:35, it will be a good race until the end