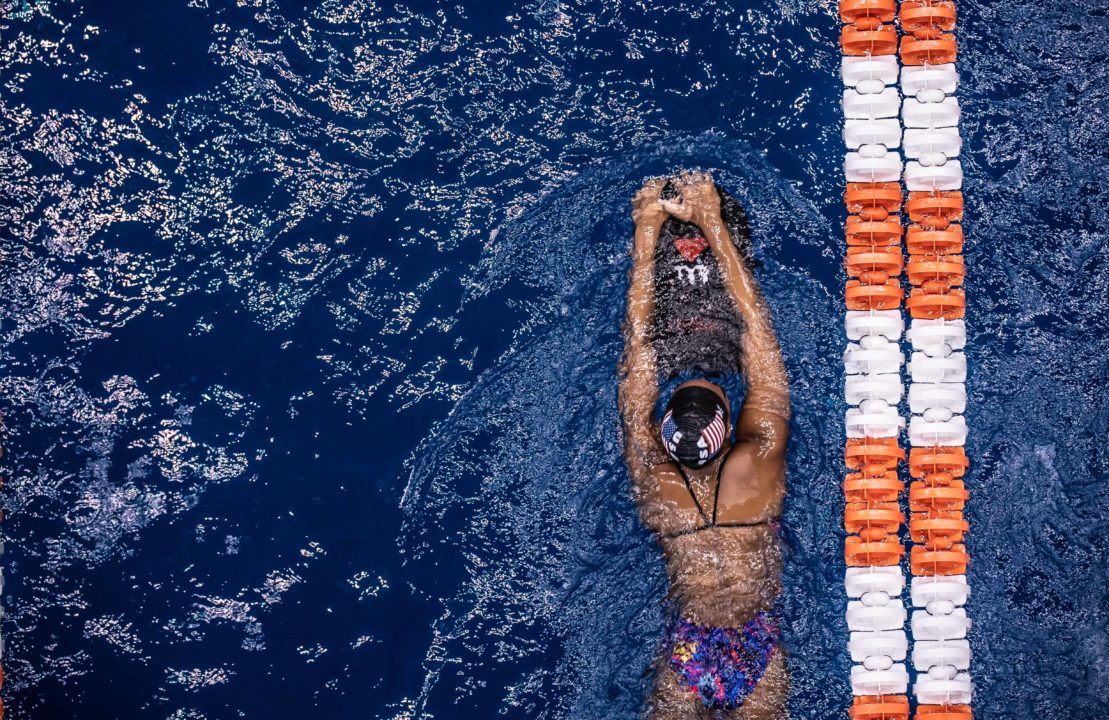 While this pay not have been the most well-attended Pro Series Swim stop ever, there were plenty of in-season bests on the final night of the 2019 PSS - Knoxville stop. Current photo via Mike Lewis/Ola Vista Photography

While this may not have been the most well-attended Pro Series Swim stop ever, the lack of depth didn’t preclude some fast swimming at the top end of things.

Olympic gold medalist Simone Manuel dropped a 53.42 in the 100 free, the final event of the evening, that’s the fastest time she’s ever done at a PSS, or any other in-season meet for that matter. Her previous in-season best was a 53.66 from the 2017 Mesa stop of the PSS.

However, the last time she swam a 100 free LCM in January was in 2014. That actually predates the Pro Swim Series, as she recorded that time of 54.60 at what was still known then as the Austin Grand Prix. She graduated high school that year, and started college at Stanford that fall, partially explaining the depth of January long course swims since then.

Her best time that summer was a 53.60, done at Nationals. A similar one second drop this year from January to summer would put her at 52.60, faster than her gold medal time from the Rio Olympics, but a few tenths her slower than her overall personal best of 52.27 from the 2017 World Championships.

I realize the overall results aren’t what drives these TYR meets. But I am having a hard time finding any news about those actual winners. I know, I know, it’s just my personal swim-crush on Katie Ledecky. I always like to read about her dominant swimming. I assume she ‘deserves’ the ‘Overall’ award, but there are numerous other candidates. That particular award is based on FINA power points, I believe, so it is not subjective. I recall being sadly disappointed when she did not win the Top Female award at her final NCAA meet. I can’t recall the details, but I believe it was a subjective emotional decision based on one incredible swim by someone (Baker?) who did not normally… Read more »

Ledecky for President – Jared Anderson is working on compiling all of that stuff and it should be out today or tomorrow.

Baker won swimmer of the meet because she won all of her races. Ledecky was 2nd in the 400 IM.