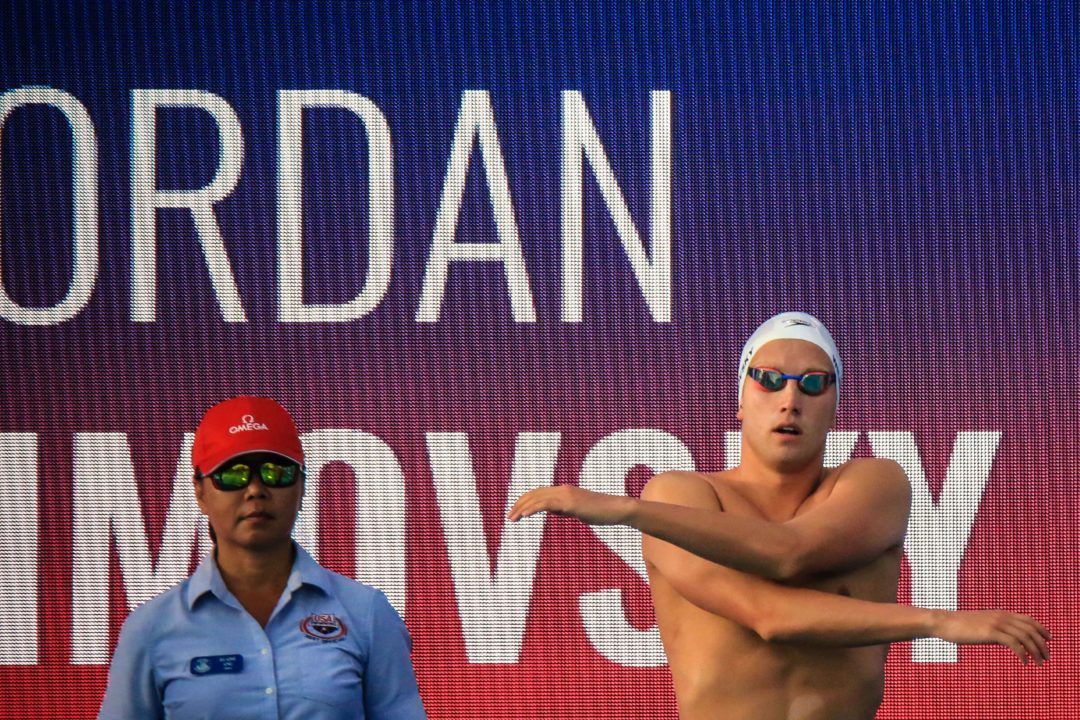 The 2019 Pro Swim Series – Des Moines stop kicks off tonight with the women’s and men’s miles. Reminder, PSS are held in Long Course Meters (LCM), so tonight’s mile is the 1500. The women’s mile tonight appears as if it will be a battle between two budding Chinese stars – Li Binjie and Wang Jianjiahe. Jianjahe is holding the top seed at 15:53.01, while Binjie is right behind at 15:53.80. In the men’s mile, Jordan Wilimovsky is the top seed at 14:46.93, just ahead of the yards American record holder, Zane Grothe (14:48.40).

Tonight’s session will be pretty quick, with just a total of 30 swimmers competing.

Jianjiahe wasted no time getting out to the early lead, and she didn’t look back. Rather, she expanded her lead throughout the race, roaring to new best time of 15:46.69. That time is 2nd in the world this year to none other than Katie Ledecky, who is leading currently at 15:45.59. Jianjiahe  held a very steady pace, only splitting 32 seconds for a 50 two times during the race. For reference, 15:46 is 1:03 100 pace, or, 31.5 50 pace, so she stayed right at that throughout the race.

Kristel Kobrich of Chile was 2nd in 16:17.92, after running down Li Bingjie around the 1050 mark. Binjie ended up 3rd after starting out close to Jianjiahe, faded little by little throughout the race.

I would say probably not considering this is an in-season meet, then I remembered where that WR is from lol

Wang smashed the national record of Li Binhjie and became #6 performer all time in this event.