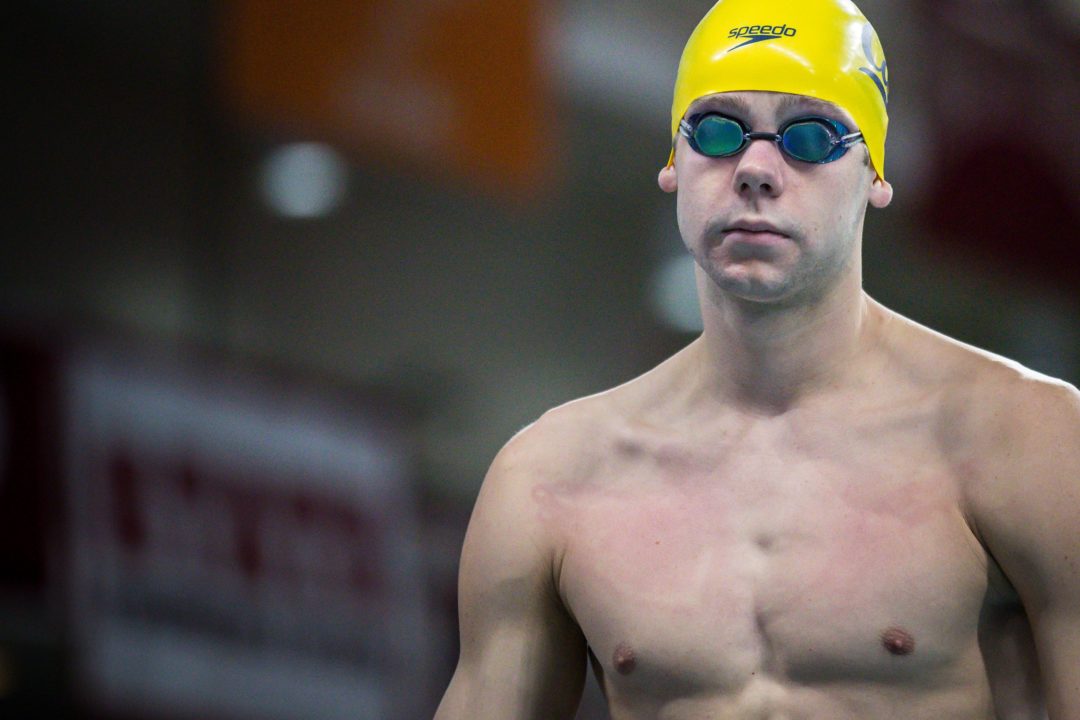 The story of this year's NCAA championships was the performance of Cal's sophomores. Current photo via Jack Spitser/Spitser Photography

The story of this year’s NCAA championships was the performance of Cal’s sophomores. As a group they scored 178 points, more than double the already substantial 87.5 points they scored in 2018. That’s a pretty broad analysis, so let’s dive into the individual point change numbers a bit. The analysis below only considers swimmers that qualified for this year’s meet.

Cal only had two swimmers who dropped points this year (Bryce Mefford -10, and Carson Sand -6) compared to 9 who were better than last year.

Indiana also had a bit of a rough go. They had a net change of -19 points. Their biggest gain came from Zach Apple who picked up 8.5 points, but their divers Andrew Capobianco and James Connor were a combined -28.

NC State were +10 over last year. Coleman Stewart led the way with +15 individual points. Andreas Vazaios had the biggest drop off with a -12.

Outside of Cal, the biggest points gains in the top 10 came from Ohio State who were +51 overall. They were led by DeLakis and junior Noah Lense who was +9. Next best were Virginia who were +43.

This analysis seems to confirm that Cal will be very well set for next year’s 2020 NCAA Championships
– Good Luck, Longhorns!

With all the returning swimmers Cal has and then Eddie’s eventual retirement I see Cal as the team to beat in the next several years to come.

I would interpret this a little differently. Yes, Cal has a great team and is probably the favorite for next year, but every breakdown confirms that they nailed their taper and hit it out of the park this year — hard to match that year-after-year. Texas, on the other hand, is probably a bit stronger than its returning points suggest.

Yeah Cal absolutely nailed NCAAs this year, but remember they ended up winning by more than 100 points. Texas underperformed yes, but Cal could have been much more off the mark and would have still won this meet.

I think the top 2 lines of this are relevant to this conversation.

Lucky, how? If you want to look at last year, it was Indiana that swam lights-out — they had a good meet this season but still couldn’t match the 2018 performance.

I mean, yes, Cal had a cushion this year but that’s not really my point, which is that Texas has a lot more room for improvement. Not just that Cal will have a tough time matching what they did this year, but Texas has a deeper pool (15 or 16 qualifiers coming back, no?) So more likely to have breakout performers. And we haven’t gotten to the freshmen yet.

Your math is off. 85 points was the difference. Texas actually did not miss their taper they were just inconsistent with their swims definitely were good enough to win this year but needed their top guys to perform on every race and they didn’t. The whole Carr/Katz debacle was potentially over a 20 point swing alone. You’re right tho… Cal could’ve won last year so They made sure this year they were ready.

Agree with the taper argument. Haas hit his enough to break himself for the rest of the meet in the first 250 of his NCAA record 500 free. Katz had a good 800 free relay split, then was dormant until a best time in the 200 back. Newkirk swam well, Shebat was lights out consistent. The young breastroker and Kibler swam great. It’s not uncommon for UT to have an NCAAs like this. Think back to the Clark Smith debacle year, the Schooling 200 fly disaster year, even last year being flat on the first day’s 800 free relay (Haas slower on a relay start than in his individual event, by a lot).

Inconsistent with their times = missed their taper. This makes two years in a row of missed tapers: Jackson Schooling, Ringold. TheTexas taper is not what it used to be.

Texas may be returning more scorers but CAL also has Hugo Gonzalez coming in who can A final in 3 events and could potentially win the 400IM. And CAL still has room to improve with Jensen and Mefford who were one event scorers who could potentially go up to 3. Either way it will be a fun meet to watch and the rivalry will continue…