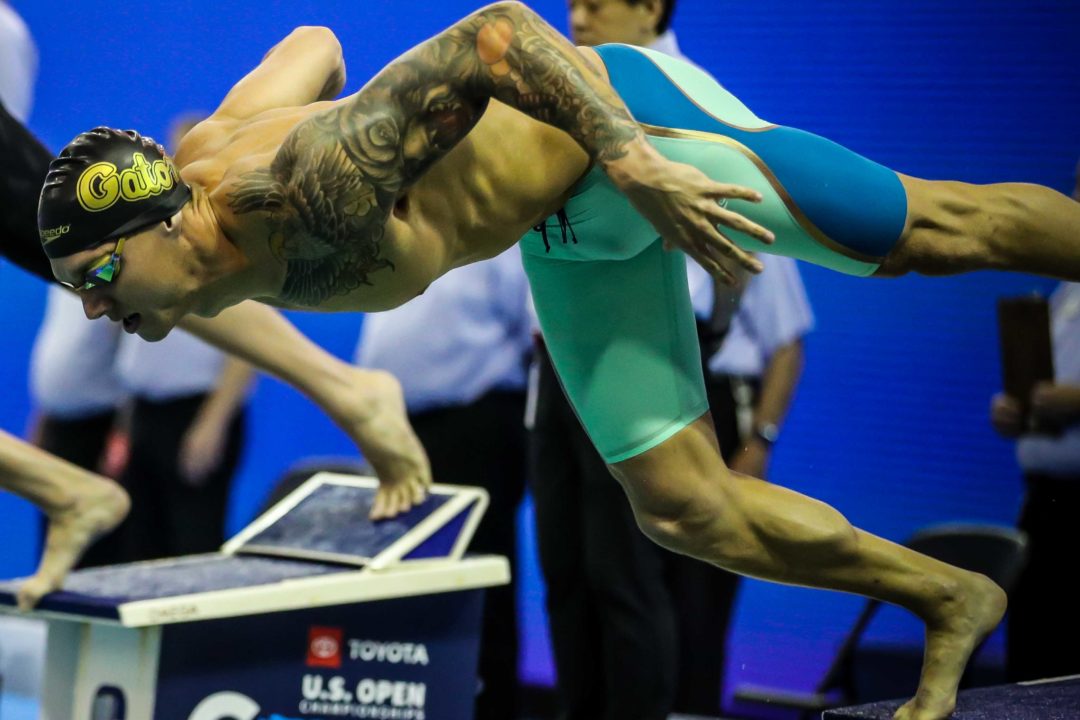 Cali Condors star Caeleb Dressel is entered in the 50 breaststroke, one of five events he's entered for on day 1 of the league finale in Las Vegas. Archive photo via Jack Spitser/Spitser Photography

The International Swimming League has released its start lists for day 1 of the 2019 season finale.

We covered the meet extensively, team-by-team, in our meet preview. You can find that here. From our team predictions:

London still feels like the heavy favorites, as long as the jet lag doesn’t knock them down big-time. The two European franchises are very likely dueling for the win, with the American teams rematching their derby clash for third. If we’re generalizing, the main differences in those two battles will probably come down to (1) relay DQs and (2) gaming relay lineups for max points. In the deepest ISL field we’ve seen this season, it’ll be that much harder to split relays – but a team that can get its B relay up to 4th or 5th overall is going to see a huge point boost.

We’ll take LA to once again beat Cali. The Current have some veterans who may subscribe to the Matt Grevers shave-and-taper philosophy, and they’ve generally shown up very well in the big moments. If Beryl Gastaldello makes the skins second round, this should break LA’s way, but if one of the Condors can sneak into the spot instead (or if all four LA and Cali entrants miss the second round – a real possibility), then things even up much more between the two American teams.

We’ll start poring over them and collecting any interesting tidbits below.

Get ready to feel the heat Peaty!!!

Can´t even find a sub 2 200 back by Knox.. quite risky.. but understandable as they want Guido and Scott fresh for the relay.. hope he meets mininum time at least

I wouldn’t be surprised if Knox misses the minimum time, but I think it’s a good move because the relay is more important. Bernek wasn’t great for London Roar but he at least did decently in the 200 back. They definitely have a hole there now with his absence and saving the others for the relay.

I wouldn’t be surprised to see him challenge the Canadian record in that even. He’s a fast backstroker he just doesn’t race it.

He still has a ways to go to catch Pratt..