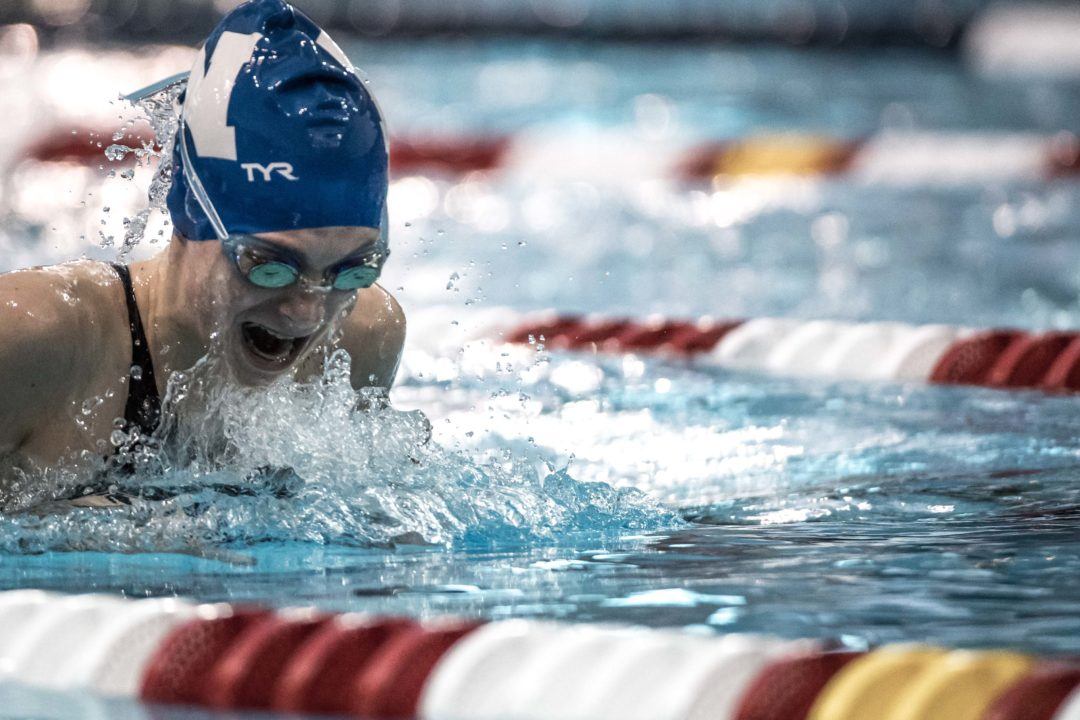 The prelims of the 2019 IHSA Girls State Championships were an exceptional session, with two Illinois state records being taken down. Tomorrow, the top-12 in each event will compete in efforts to near towards the coveted state championship title.

Scoring out the prelims session, Neuqua Valley is once again on top, however, host New Trier sits only 3.5 points behind the defending state champions. Oswego East is in a league of their own in the race for third while Lyons has a 19.5-point advantage over Metea Valley for fourth. Three-time state champions Rosary (2015-2017) round out the top 6 schools, just 4 points ahead of Plainfield North and 8 points from St. Ignatius.

World Juniors bronze medalist Rachel Stege of Neuqua Valley showed off her freestyle talents with her top 200 free time of 1:47.20, only 0.54 seconds ahead of Maine South’s Annika Wagner.

With 200 IM state record-holder Wagner swimming free-only events, Cal Dunn of Lyons, who placed third last year, leads the event with a 2:01.24. Dunn’s current lifetime best of 1:59.50 is half a second under Wagner’s state record of 2:00.13, putting the senior on track for her first state title.

Into the 100 fly, Metea Valley’s McKenna Stone flirted with the 2009 state record with her top time of 53.27, nearly 2 full seconds ahead of her nearest foe Naperville Central’s Paige Collins (54.89). Last year, Stone used her sprint talent in the 50 and 100 free, where she was state runner-up in both. This year, Stone will instead be on all three relays to help Metea Valley.

Back to Cooper, the Texas commit also leads the 100 free with a 49.17, frightening another Smoliga state record (48.88). Sitting in second place is New Trier’s Carly Novelline (49.49), who was a member of the record-breaking 200 medley relay.

The final two individual events, the 100 back and 100 breast, saw two New Trier swimmers claiming the top prelims spots. Novelline, who is second in the 100 free, leads the 100 back with a 53.80, more than a second ahead of defending state champion Megan Armstrong of St. Charles North (55.00).

The finals of the IHSA State Championships are set to begin on Saturday, November 23rd at 11:00 am CT.