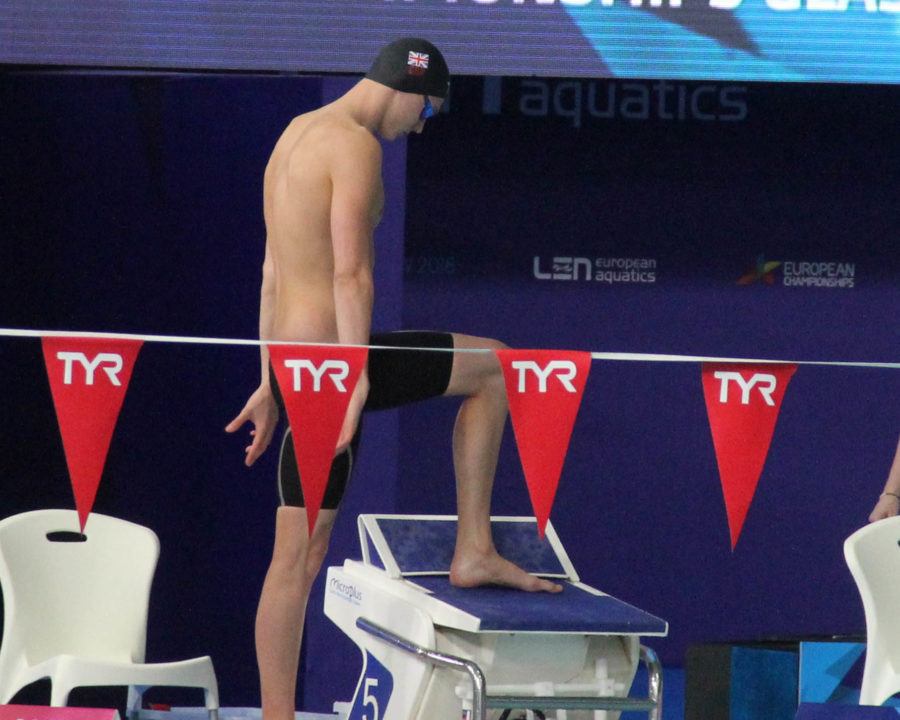 Great Britain has indeed taken advantage of James Guy‘s scratch in the men’s 200m fly to use all his strength as anchor on the much-anticipated men’s 4x200m freestyle relay. He’ll be joined by teammates Calum Jarvis, who earned his spot in the morning with a swift 1:46.55, as well as double Olympic silver medalist Duncan Scott and newcomer Tom Dean. Dean was also on this morning’s relay, notching a respectable split of 1:47.64.

Russia claimed the top seed of the morning men’s 4x200m freestyle relay, notching a mark of 7:09.00. That included an anchor of 1:47.14 from Mikhail Vekovishchev. Tonight, Team Russia is going with the line-up of Vekovishchev leading off, followed by Marinto Malyutin, Danila Izotov, with Mikhail Dovgalyuk anchoring.

Additional line-ups are below, courtesy of LEN: