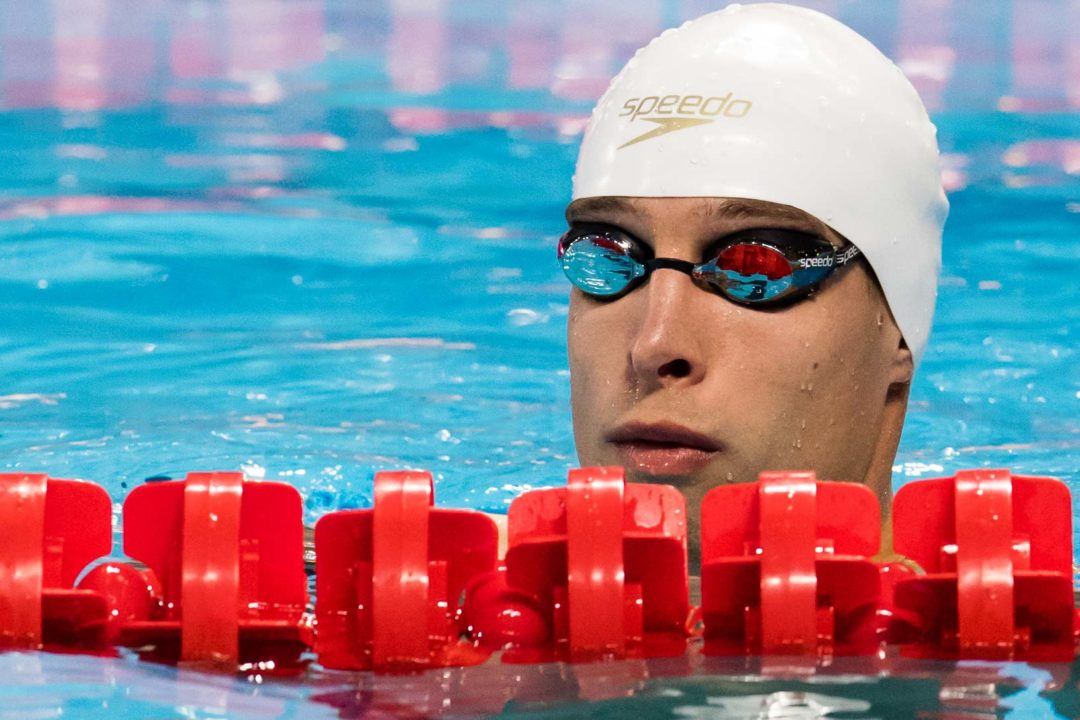 Belgium's Olympic silver medalist Pieter Timmers will be making his racing debut in Kazan after having to withdraw from this year's European Championships due to illness. Archive photo via Mike Lewis/Ola Vista Photography

The entry lists for the first stop of the first cluster of the 2018 FINA World Cup Series is on the slim side, with powerhouse nations such as Australia and Brazil expected to field just one athlete in Kazan, Russia. USA is only bringing three athletes to the party, while Russia, South Africa and Hungary are among the additional nations with slightly more robust representation.

For Team USA, newly-minted multi-national champion Michael Andrew will be joined by World Cup Series mainstay Tom Shields and freestyle ace Blake Pieroni. Both Chad Le Clos and Sarah Sjostrom are entered to represent their respective nations of South Africa and Sweden, while Yuliya Efimova, Anton Chupkov and Vlad Morozov are high-profile Russians set to compete in their home country.

Felipe Lima is the sole Brazilian, while Mitch Larkin is the only swimmer listed for the nation of Australia.

A strong Dutch contingency in the form of national record holders Ranomi Kromowidjojo and Jesse Puts will be ready to rock, as will a cluster of Hungarians with Katinka Hosszu, David Verraszto and Zsuzsanna Jakabos.

Of note, for Belgium, Olympic silver medalist Pieter Timmers is set to make an appearance in Kazan, his first elite international meet since having to withdraw from this year’s European Championships. The 100m freestyler came down with meningitis right as Euros were set to begin and was unable to travel and compete in Glasgow.

According to the raw entry lists produced by FINA, there are no entrants for Japan, Singapore or Great Britain at this particular stop.

Below is the schedule of events for the first two stops of the first cluster:

As reported earlier this year, the 2018 edition of the World Cup Series implemented a few changes from last time around. There is a mix of both long course meters and short course meters throughout the series, with the first cluster taking place in LCM only.

Additionally, although FINA removed the strict 4-event cap per swimmer per stop, there is still a restriction when it comes to the number of events being scored. Athletes are free to enter as many events as they wish, but only the three best events will count for scoring purposes.