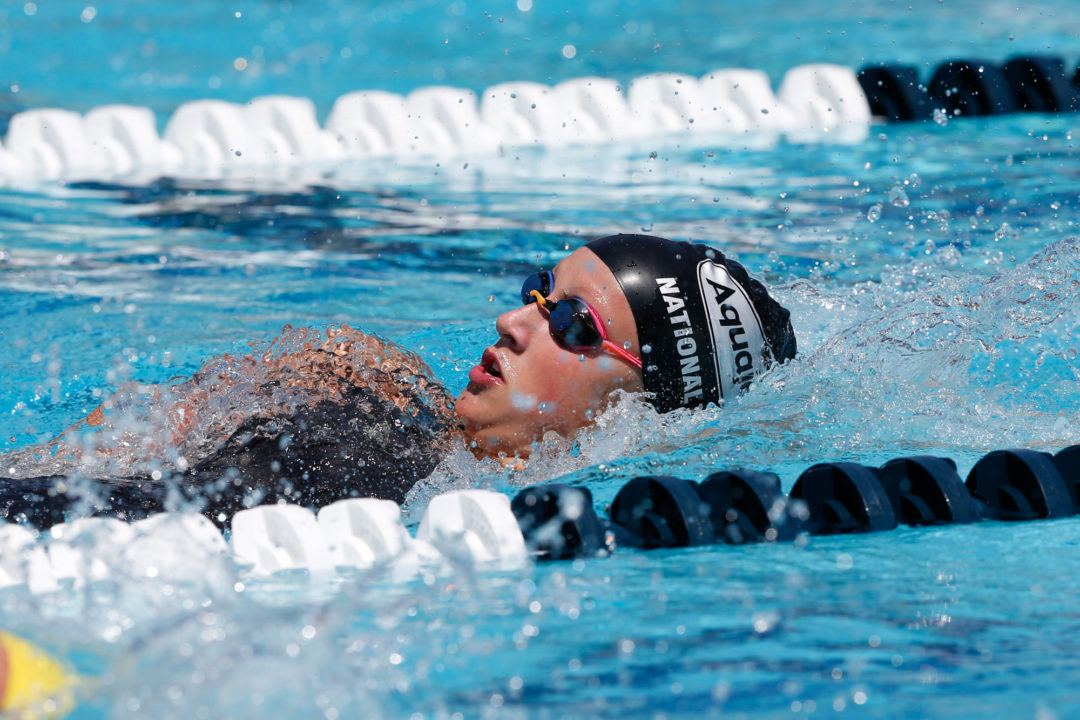 Isabella Stadden (above) is one of a number of finalists from last week's National Championship meet who are also scheduled to race at Juniors this week. Archive photo via Mike Lewis/Ola Vista Photography 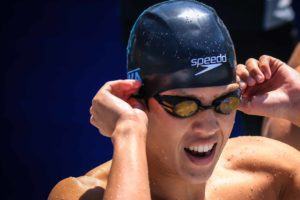 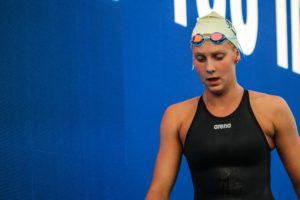 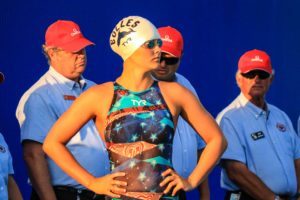 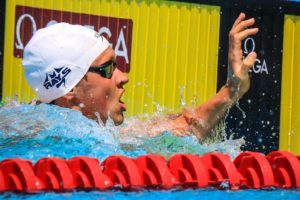 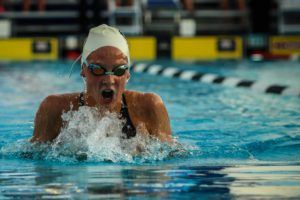 The fun isn’t over in Irvine. After last week’s US National Championships, which saw World Records, U.S. Open Records, and age group records of all kinds, this week, the (rest of the) juniors will take to the pool in Irvine for Junior Nationals.

Many of the biggest under-18 names from the senior version are scheduled to compete again at Juniors (though, we expect that several entered won’t wind up sticking around for week 2).

Among the names to watch are 18-year old Lucie Nordmann from the Magnolia Aquatic Club in suburban Houston, and her younger sister Lillie Nordmann.

Lillie, who finished 11th overall in the 200 fly at senior Nationals, will technically be the 3rd seed in that same event at Juniors – but her 2:10.30 from last week would put her almost two seconds clear of the field.  She’s also the top seed in the 100 fly (59.63), which is her other ‘best event.’

Lucie, meanwhile, holds top-3 seeds in all 6 of her entries. That includes the #1 seed in the 100 free (55.15), and the 2nd s eed in the 200 back behind another teenage phenom Isabelle Stadden, who came within a tie-breaker of making the Pan Pacs team this week.

Also scheduled to swim at the meet this week:

Sancov is Moldovan isn’t he? Or at least he was when he competed at European juniors in 2017.

Correct. Sancov is Moldovan and Minakov is Russian.

That meet has not much interest for the best US junior swimmers as it doesn’t serve as the selection meet for junior pan pacs. And it’s too bad. I’d like to see the best US juniors swim against each other to make the team. Now I don’t see the interest for the juniors who go to Fiji of swimming again this week in the same pool. They should go back to training and not race too much before the big meet.

Some swimmers at this meet may be opting out of Junior Pan Pacs due to school.

Well it’s an opportunity for others. I just wish the scheduling of the meet worked out better so that all the eligible kids and families didn’t have that conflict.

IMO the concept of best is remarkable at the absolute level.
Before, in the age categories, there are (and always there will be) a lot of differencies and (thus) targets, with the “best” juniors already racing at the absolute level.
Every young swimmer has its specific growth and, obviously, in the future may happens that the strongest swimmers at 16 won’t be the strongest at 25.
What matters is the mid-long term, not being the fastest in some teen category.