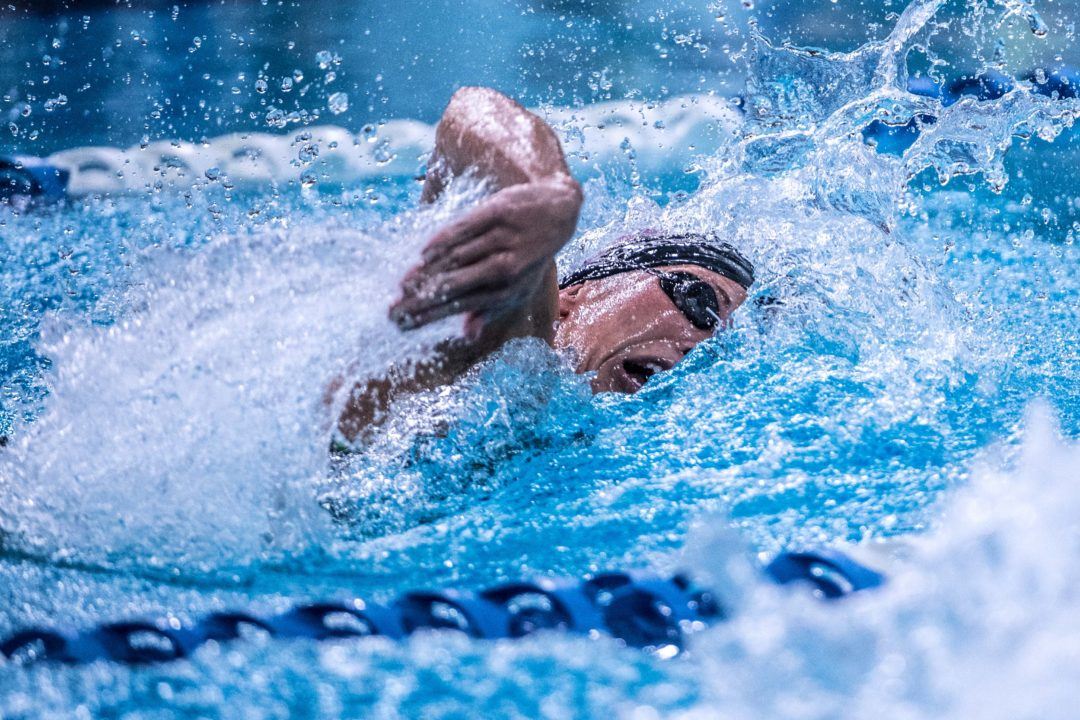 Twichell knocked about 2 seconds off her former best time, taking down a 23-year-old Pool Record in the process as she touched in 16:08.70. Archive photo via Mike Lewis/Ola Vista Photography

The 2018 TYR Pro Swim Series stop in Atlanta concluded on Sunday morning with timed finals of the men’s and women’s 1500 meter free. Read on for highlights from this morning’s events.

TAC Titans’ Ashley Twichell swam to a new best time this morning as she won the mile, outpacing Chilean Record holder Kristel Kobrich. Twichell knocked about 2 seconds off her former best time, taking down a 23-year-old Pool Record in the process as she touched in 16:08.70. Kobrich finished a couple of seconds back for silver and was also under the former Pool Record. U.S. National Teamer Erica Sullivan picked up the bronze. Behind her, Bolles’ Kensey McMahon (16:42.91) and Magnolia Aquatic Club’s Kaitlynn Sims (16:42.98) battled closely for 4th place.

Sims slightly trailed throughout the race. She made up some ground in the final 100 meters, but came up just hundredths shy of McMahon. That was a lifetime best for McMahon by almost 4 seconds and a best time for Sims by over 2 and a half seconds.

Plymouth Whitemarsh’s Andrew Abruzzo set the pace early on, earning his 2nd distance medal of the meet as he dominated the field. Indiana postgrad Zane Grothe, who won the 400 free and 800 free here, landed in the top 3 again with the silver. SwimAtlanta’s Jake Magahey had a big swim, dropping nearly 20 seconds from his lifetime best to take 3rd. Sandpipers of Nevada’s Brennan Gravely tried to run Magahey down at the end, splitting 28.60 on the last 50, but came up with a 4th place finish in 15:36.31. Another Indiana postgrad, Marwan El Kamash, rounded out the top 5 in 15:50.79.