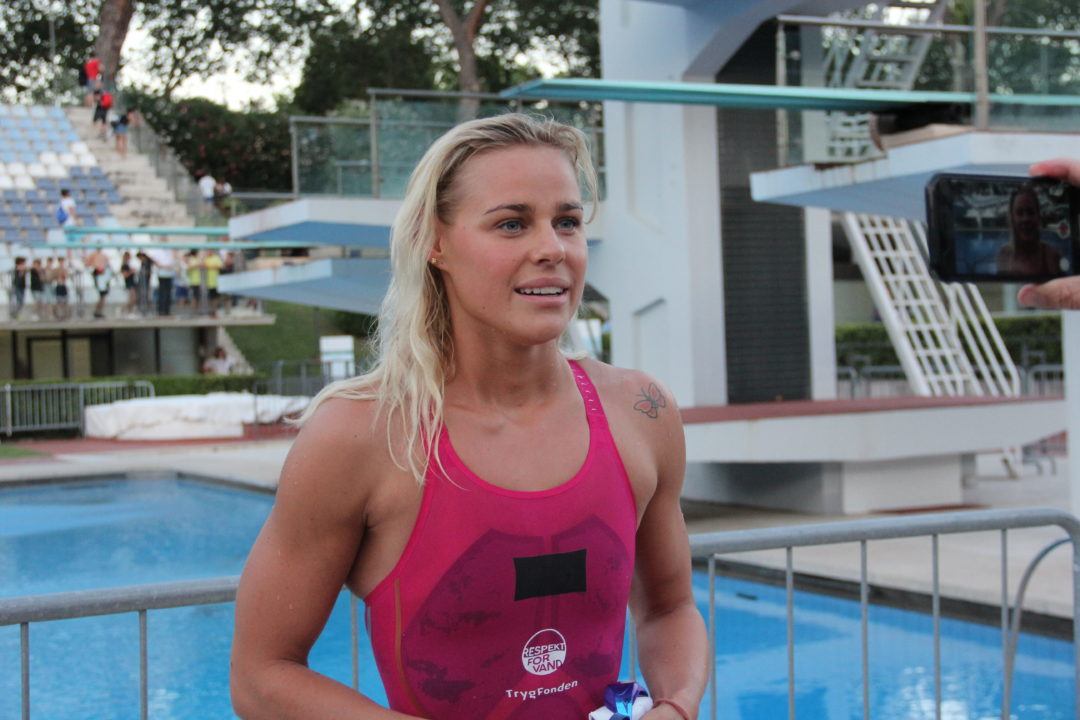 Producing a solid morning effort of 24.27 in the heats, Blume fired off a swift 23.85 to claim the top seed headed into tomorrow night’s final. The 24-year-old represented just 1 of 2 swimmers to dip under the 24-second threshold in tonight’s semi, with Sweden’s Sarah Sjostrom taking the #2 spot in 23.92.

For Blume, her effort tonight overtakes her own Danish NR of 23.92, a time she earned just earlier this year to mark her first time ever under 24 seconds. She won the gold medal in Rio in a time of 24.07, so already she and Sjostrom have easily surpassed that outing even here at Euros.

Blume now moves up ahead of Sweden’s retired star Therese Alshammar to tie Ranomi Kromowidjojo of Netherlands as the 4th fastest performer of all-time.

Pernille will be battling Sjostrom all the way to the finish.

If you watch the Olympic final, you see that she passed everyone in the final meters by accelerating her stroke.