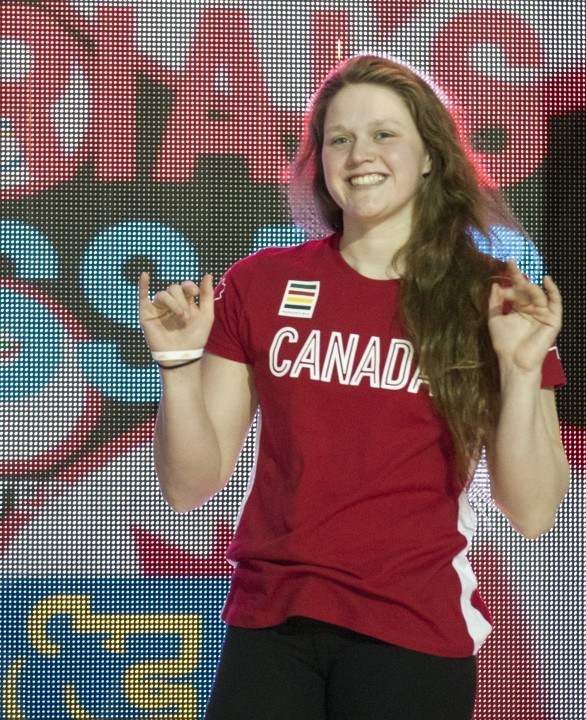 2016 Canadian Olympian Kennedy Goss is bypassing the 100 back at Big Tens, where she'd be the #2 seed, to focus on her likely NCAA events. Archive photo via Chris Tanouye, christanouye.com

Psych sheets for the 2017 Big Ten Women’s Swimming and Diving Championships have been sent out, and unlike their counterparts in the ACC and SEC, Big Ten coaches have entered their swimmers almost entirely to just the 3 events they are ultimately entitled to.

There are a few swimmers over-entered (Ohio State star and the conference’s best sprinter Zhesi Li, for example, has 4 entries), but more can be gleaned from these psych sheets than any of the other major conference ones we’ve posted about so far.

There weren’t many decisions for Big Ten swimmers to make, and for the most part, those decisions that existed were made in line with the ‘status quo,’ or whatever the athlete swam last year.

Among the highlights of the psych sheets:

“famous Michigan Deloof sisters” – ha ha, what is that all about???

Hard to see Michigan losing this one. If anyone were to do it, it would be Indiana. Guess we’ll find out!