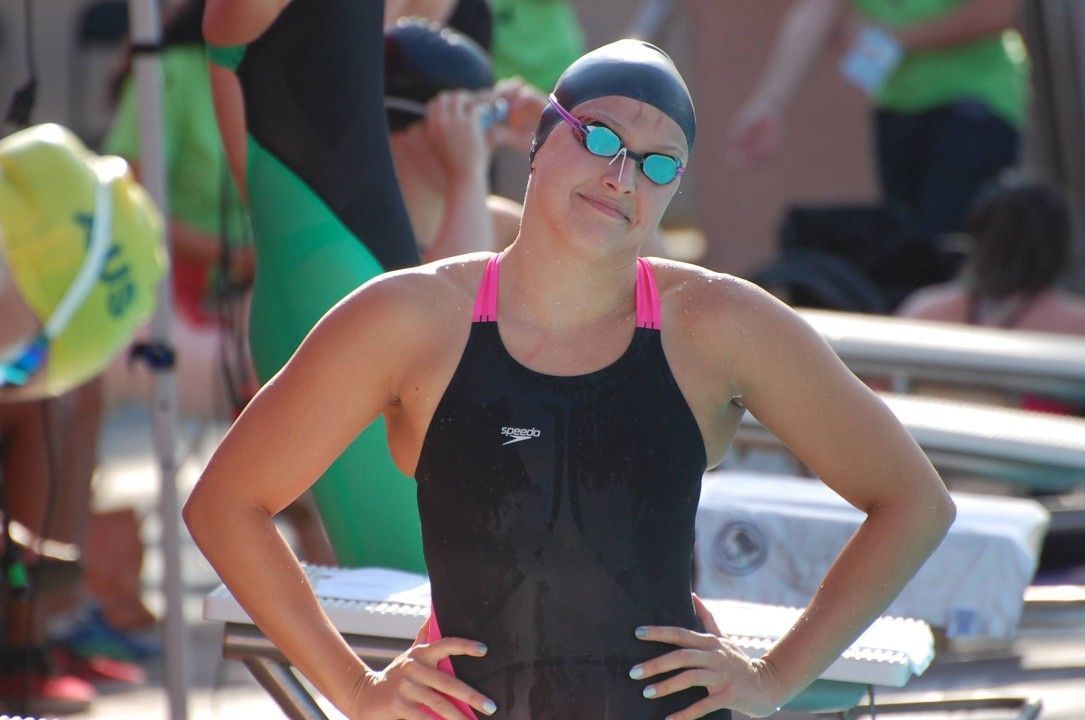 U.S. Paralympics Swimming has declared its 2016 Swimming National Team with several veterans and emerging athletes as members on the list, including 12-time Paralympic gold medalist Jessica Long (above) Archive photo via Anne Lepesant

In the midst of an Olympic year, the United States Paralympics Swimming has listed 29 athletes as members of Team USA’s 2016 Swimming National Team. The U.S. Paralympics Team enjoyed a wealth of success over the course of 2015. U.S. Paralympic swimmers brought home at least 30 medals at both the IPC World Championships and the Parapan American Games. Their most recent meeting was at the Can-Am Open where several Team USA members locked down their qualification slots for the Rio 2016.

Of its 29 members, at least 18 have competed in past Paralympic Games including veterans Jessica Long, Rebecca Meyers, Tucker Dupree, and Roy Perkins. Several emerging swimmers who have had a hand in lowering U.S. Open Records or hold IPC rankings have been selected to the team such as Colleen Young’s S13 Glasgow performance, Robert Griswold’s S8 World Records, and Tharon Drake’s S11 U.S. Open records.

The U.S. Paralympics nominated the 2016 Swimming National Team based on their athletes’ performances during 2015 at official IPC recognized events. Athletes who competed in individual events and earned one or more medals were automatically drafted to the 2016 National A Team.  If a swimmer didn’t medal at the IPC Worlds, but finished top eight in one or more individual events within 3% of the event’s bronze medal finish, they will be nominated to the 2016 National B Team. Additionally any athlete who achieves a 2016 National A or B Team Standard at said events will be selected for that respective National Team. U.S. Paralympics also considers athletes for discretionary nomination if they were highly competitive in international meets, but were otherwise were unable to perform due to illness, injury, or otherwise unable to compete during the qualification period. If an athlete is named to the 2016 National Team, they are required to travel to designated competitions in the coming months before Rio with the National A Team gaining preference for international trips over the B Team.

Members of the 2016 U.S. Paralympic National Team receive financial compensation each month that is purposed for their training and travel requirements during the course of 2016. These athletes will also be eligible for several accommodating benefits including direct athlete support, extensive health insurance, academic performance programs, transportation and lodging, and Team USA uniforms and apparel.

The 2016 Swimming National Team will get their first crack on this year’s competition at the Jimi Flowers Classic and will have a chance to qualify for the Olympic roster June 30-July 2, at the 2016 U.S. Paralympic Team Trials in Charlotte, North Carolina.