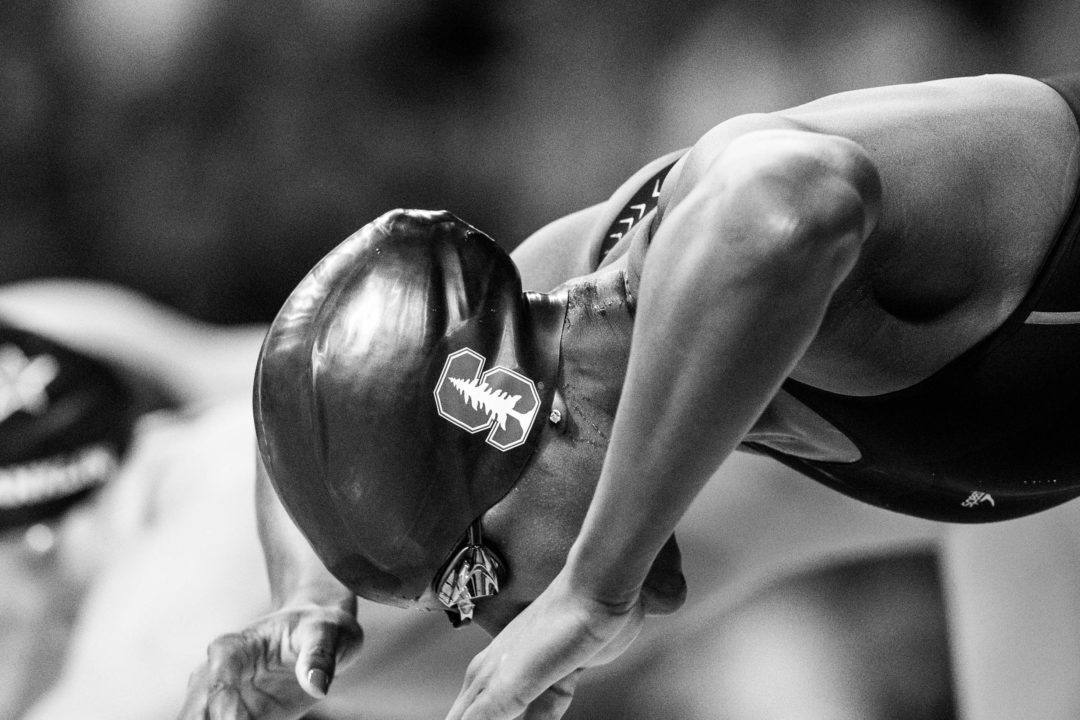 Simone Manuel was out like a rocket in the 200 free final, so we know the speed is there. Is it finally time to see a flat start sub-53 for the American women? Current photo via Mike Lewis/Ola Vista Photography

Yes, it’s already the fifth day. Here’s what to expect for this morning’s session, wam-bam style.

Can’t see what ledecky does in the 100 free

Ledecky hasn’t really done anything spectacular this far, not why you think her 100 would be any different

Vote Up1-12Vote Down Reply
Haas for the win

Have you heard much information at all if phelps fully tapered? A little rest? No rest?

Ledecky will pop a good 54. in prelims than a 53.5 in semis . No doubt about that . I can see Smoliga earning a spot for the semis as well . Simone ? no idea , she hasn’t been that great all season in LC 100 free . Lets see how Neal does as well .

Well, going under 56 in the 200 split is pretty dang good so I think that means she has a lot of speed and energy in her for the 100 today.

Simone’s been under 54 at a couple PSS already in season. I think she will be, at a bare minimum, around her 53.2 seed time. Hopefully she will be quicker.