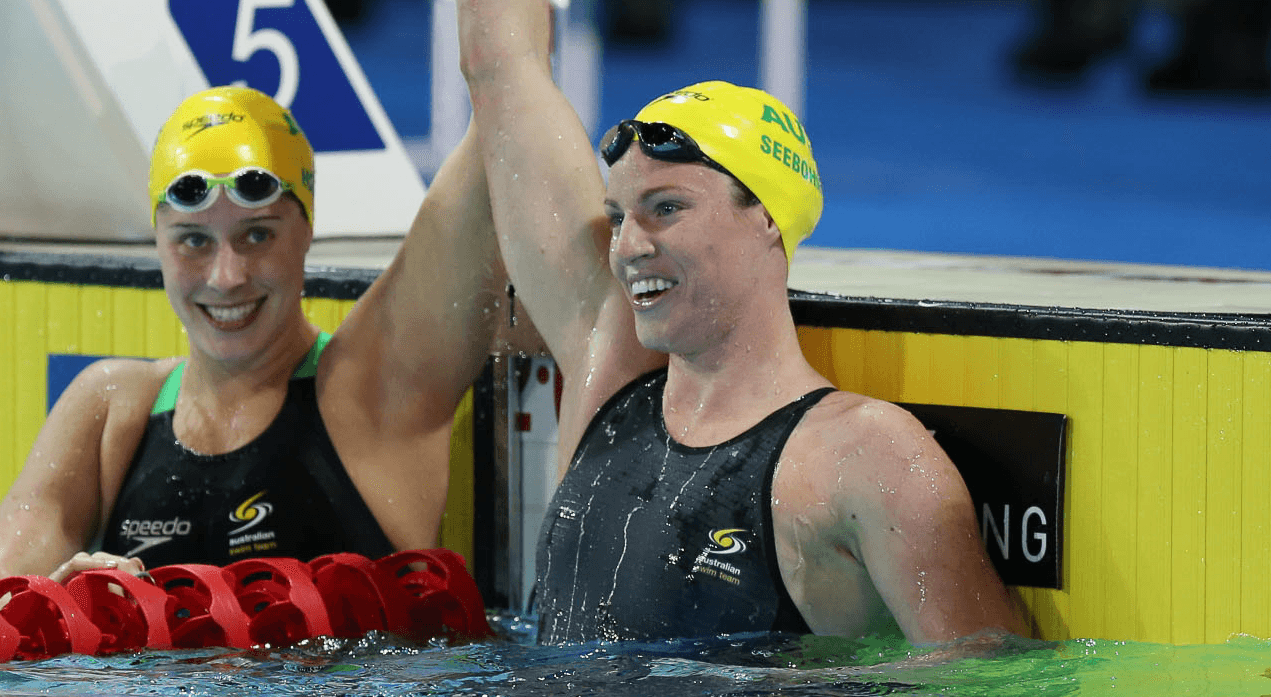 Defending Olympic Champion and world record holder in the 200 back Missy Franklin will swim the toughest competition of her life if she makes the finals of the 200 backstroke in Rio next month.  After a tumultuous Olympic Trials in Omaha where she failed to qualify for the team in the 100 back, a race she captured gold in at the 2012 London Games, Franklin stormed back on the second-to-last night of competition to qualify in her specialty.  Having established a seemingly super-suit-era world record at the 2012 London Games, Franklin, now with a lighter schedule, will be extra hungry to defend her gold medal.  However, she faces fierce competition from the Aussies, who currently sit at numbers one and two in the world rankings.

Last summer in Kazan Emily Seebohm dethroned Franklin for gold in the 200 back.  Also the 2015 world champion in the 100 back, Seebohm has been on a mission to prove herself since getting out-touched by Franklin in the 100 back in London four years ago.  Going with Seebohm and posing an enormous medal threat is teammate Belinda Hocking.  Hocking, who won silver at the World Championships two years ago in Barcelona nearly a full two seconds behind Missy Franklin, was out of the picture for much of 2015 due to injury.  Earlier this year she stormed back onto the scene at the Australian Olympic Trials in March where she posted the fastest time in the world this year with a 2:06.49, just out-touching teammate Seebohm.  Despite being an all-around swimming super power, Australia has only ever placed one woman on the podium at the Olympics in the 200 back (Barcelona 1992, Nicole Stevenson, bronze).  Now in 2016 the Dolphins could get two women on the podium to triple their previous medal total in the event.

The 200 back will be Iron Lady Katinka Hosszu‘s final event of the Rio Olympics.  Hosszu, who will already have swum 13 times in Rio (14 if Hungary’s 800 free relay advances to the finals), will have the opportunity to earn a spot on the podium once more in the race that she took the bronze medal in last summer behind Seebohm and Franklin.  Hosszu has made great progress since the 2013 World Championships where she placed sixth with a time of 2:09.08.  Going into Rio Hosszu is ranked third in the world with a 2:06.88, swum in early June. Unlike the Aussies, Hungary has a history of success at the Olympics in this event.  The only swimmer other than Michael Phelps and Australia’s Dawn Fraser to win the same event three times at the Olympics was Hungarian Krisztina Egerszegi who took home the gold at three consecutive Games in the 200 back (1988, 1992, and 1996).  Were Hosszu to take the gold away from the Aussies it would be a major upset, but Hungary’s Iron Lady swims her fastest when the pressure is on. This final would also be the third time she faces off with American Maya DiRado, the USA’s top qualifier, supposing they both advance to the top eight.

DiRado, an iron lady in her own right, currently holds the 4th-fastest time in the world this year after her first-place finish at US Trials.  Better known for her skills in the IM, Rio marks the first time DiRado will swim the 200 back in major international competition.  In addition to the 200 back, DiRado and Hosszu will also be going head-to-head in the 200 and 400 IMs.

Ukraine’s Daryna Zevina has steadily climbed in the world rankings since her 12th-place finish in London four years ago.  At the 2013 World Championships in Barcelona Zevina placed fourth, and after clocking a very respectable 2:07.48 at the European Championships in May, Zevina has proven that she will be a contender for a lane in the championship final come Rio.

Canadian teammates Hilary Caldwell and Dominique Bouchard will likely earn Canada two lane in the final of this event in Rio.  Caldwell, who placed third at the World Championships in 2013 and seventh in 2015, holds the Canadian record in the event and will be swimming in her second Olympics.  Bouchard, who will be competing in her first Olympics, narrowly defeated Caldwell in Kazan last summer to finish sixth in the 200 back.  A former tiger from the University of Missouri, Bouchard swam a  2:10.01 in her college pool at Missouri Sectionals last week.

Russia’s Daria Ustinova was recently dropped from the Russian Olympic team after being named in the McLaren Report, sanctioned by WADA.  Ustinova, who is ranked fifth in the world this year in the 200 back, placed fourth at the World Championships last summer in her home country.  Ustinova’s disqualification has opened the way for teammate Anastasia Fesikova, who will be swimming in her third Olympics.  Though Fesikova is only ranked 15th in the world right now, of those with faster times this season than her, 5 are Aussies, 4 are Americans, and another is Ustinova.  Take away 3 of the Aussies, 2 of the Americans, and Ustinova, and Fesikova moves up to 9th in the world.  With added pressure to bring home a medal for Russia, Fesikova is a legitimated dark horse.

wow, “only swimmer since Michael Phelps to win the same event at three Olympics”… how about the very first person to do it? Australia’s Dawn Fraser, 1956-1960-1064 (and perhaps a 4th if she hadn’t been banned for stealing the Emperor’s Japan flag)

Spot on mate. But that’s an Aussie Not an American. So we couldn’t have that!

Obviously the text has been altered, but I fail to see how Dawn Fraser’s wins in 1956, 1960, and 1964 could be considered to fall into the category of since Michael Phelps.

My wish is Franklin goes faster than trials, Maya gets a medal, and Seebohm gets the WR.

Seebohm is not getting that WR

She’s more likely to than anyone else, especially an American at this stage!

I’d be genuinely shocked if anyone gets close. Hosszu, maybe…

Those predictions are way to fast. Missy is more likely to win the event than anyone else is to go 2:04….