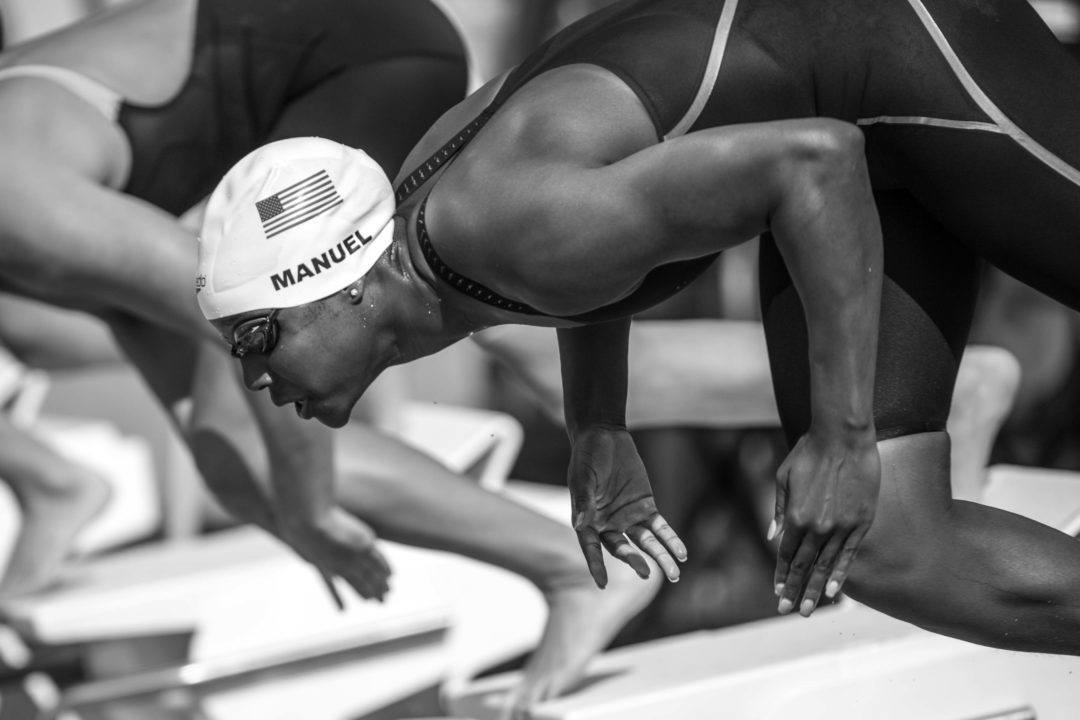 Manuel was the only sub-22 swimmer of the field this morning, clocking a 21.78 to set hersulf up in lane 4 tonight. Archive photo via Mike Lewis/Ola Vista Photography

The Stanford women swept the top seeds this morning, as Olympic champ Simone Manuel led the way in the 50 free with a new Pool Record. Manuel was the only sub-22 swimmer of the field this morning, clocking a 21.78 to set herself up in lane 4 tonight. On the men’s side, Penn State’s Shane Ryan grabbed the top spot, leading the way in 19.68.

Stanford’s Katie Ledecky did not disappoint in her first-ever NCAA Invitational swim this morning. Ledecky broke another NCAA Record in the women’s 500 free prelims, marking her 2nd NCAA Record in the last 6 days. She turned in a blistering 4:27.54 to blow away the field, shettering the former record of 4:30.37 set by Virginia’s Leah Smith in 2015.

In the 200 IM, American Record holder Ella Eastin came out on top of prelims, but Kentucky freshman Asia Seidt wasn’t far behind for 2nd seed. Eastin’s 1:55.57 was the fastest time of the morning, but Seidt was just .08 behind with her 1:55.64. Utah’s Ethan Dillard is the top seed for finals on the men’s side with his 1:46.99 from prelims.