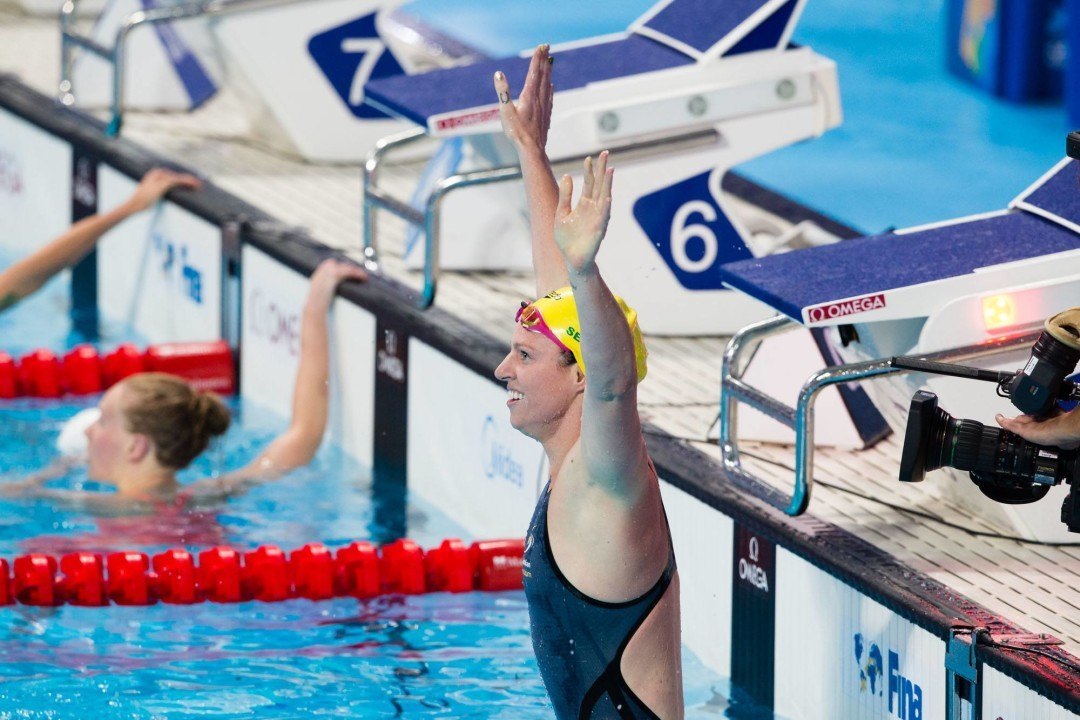 Emily Seebohm a fantastic 2015 season winning gold in both the 100 and 200 backstroke in Kazan. Current photo via Tim Binning/TheSwimPictures.com

There were several women from this area of the world who had a tremendous 2015 season, but none better than Emily Seebohm.

The 23 year old started off her season breaking the Commonwealth record in the 50 backstroke at the Australian Trials in April posting a time of 27.47.

After Kazan she went on to have great success in the World Cup series, finishing second overall in the standings to Hungarian Katinka Hosszu. Seebohm won the 200 backstroke at four stops, the 50 backstroke at five and the 100 backstroke at all eight competitions.

Seebohm swept the backstroke events at the Australian Short Course Championships where she broke the Commonwealth record in the 200 backstroke posting a 1:59.49.

She also finished the year ranked third in the world in the 100 IM.