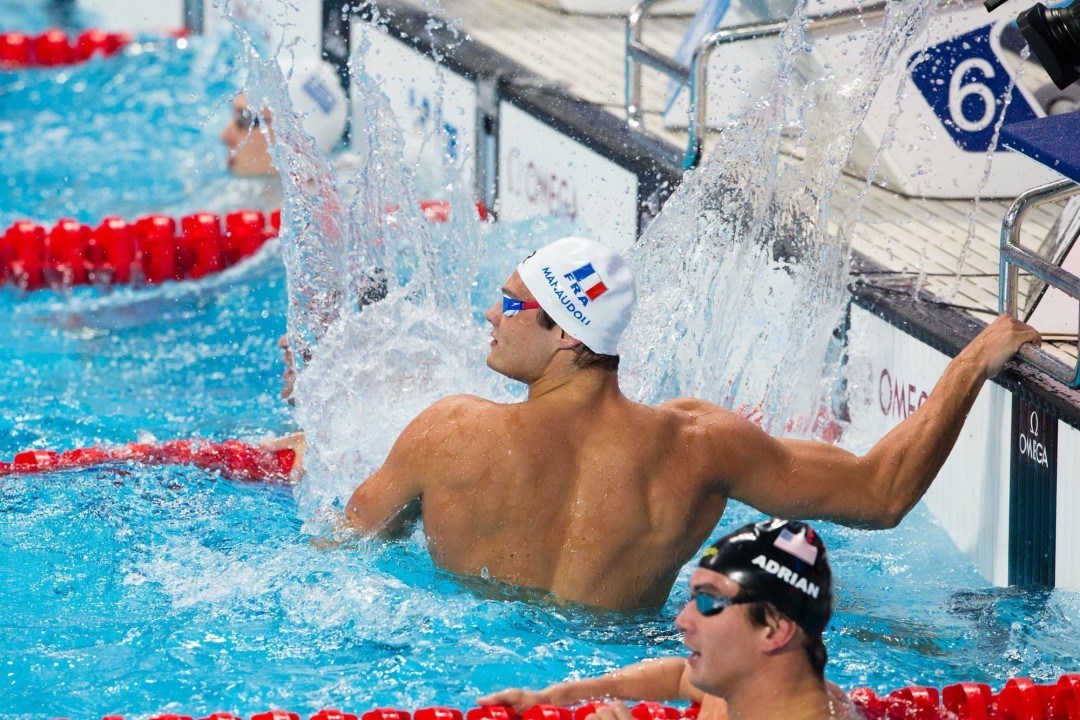 Robin Pla, a researcher with the French Swimming Federation (FFN), doctoral candidate at the l’Université Paris Descartes, and assistant coach at France’s elite National Institute of Sport and Physical Education (INSEP) has drilled even deeper into the Kazan results. Pla has analyzed each race from every conceivable angle, and in a collaboration with SwimSwam, he has provided us with some of his most interesting findings.

In the first part of this series, we looked at finalists and medalists per country. In this second part, Pla analyzed every individual semi-final and final swim to see where the strength lay in each event. He broke it down country, by gender, by stroke, and by distance. He analyzed ages, winning swims by lane, and all sorts of other data.

In the series of graphs below, Pla shows the number of individual event finalists, by gender and by country. Then he breaks down each stroke group by country (men and women combined). It is interesting to see which countries dominate each stroke group. There are a few surprises, but most of the graphs show what one would expect to see: the United States came out ahead in freestyle and IM, Australia in backstroke, Russia in breaststroke, and China in butterlfly.

Interesting analysis! Aside from how well GB did in Kazan, what stood out for m was how amazingly well the Polish Men did (more finalists than Brazil? France?). I didn’t expect that! I DID expect more from Russia; although it looks like the youth of their Team is strong (I believe they broke 2 JWR).

To be fair, saying the US only had “4 medals won out of 18 medals possible over the last 6 olympic games” is a bit misleading because they were only eligible to win 12 medals since they are limited to 2 entrants per Olympics. Still pretty poor but not quite as bad.

You’re absolutely right. I didn’t have that in mind at all. 🙄
Remove the 4 parts about “out of medals possible”.

And about all events, the only 2 Americans ranked number 1 in 2015 are the same 2 swimmers as last year.