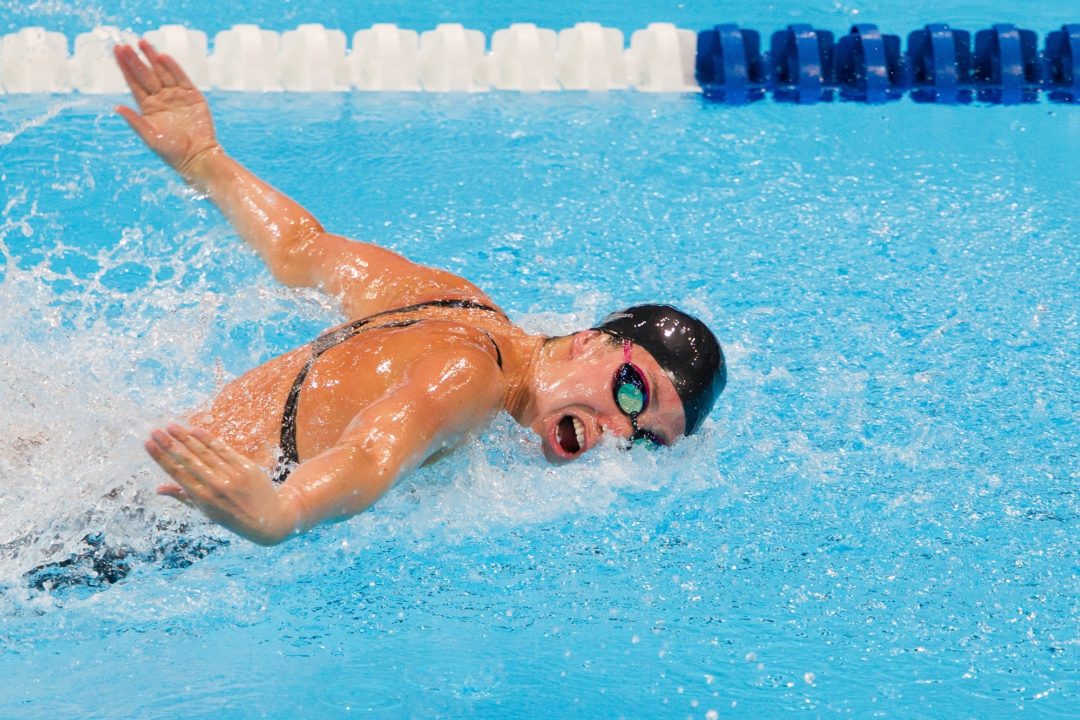 Magnuson hailed from the great side-breathing butterfly tradition at the University of Tennessee. (Photo: Tim Binning/TheSwimPictures.com)

2008 Olympic 100 fly silver medalist Christine Magnuson kept it mostly a secret until after she finished her 50 fly at the World Championships on Sunday, but it didn’t take long after that to spill the beans: 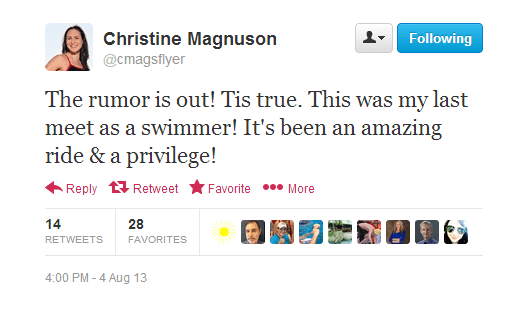 Magnuson has announced her retirement from swimming at the age of 27. The numbers are impressive: a pair of silver medals from the 2008 Olympics in the 100 fly and 400 medley relays; a World Championship as part of the 400 medley relay in Shanghai, two Short Course World Championship medals, and a wave of respect for the way she reinvented her career over the last two years and become one of the country’s top sprint freestylers.

“Thank you to all my coaches and teammates along the way!” Magnuson continued in graciousness. “You have made these past years a truly remarkable experience!”

Magnuson ended her career in Barcelona finishing 10th in the 50 fly after winning the National Title earlier this year and becoming the first American woman to specifically qualify for the World Championships in the 50 fly.

Christine is an awesome Olympian and even better person! So thankful for every opportunity to race for USA and one of the best speakers and teachers out there! And her parents are very cool too. I can’t recommend her highly enough if you want to have a clinic with an Olympian for your team. Thanks for 5 great years for Team USA!

attended a rival high school, went to my favorite school. class act and good luck in the future!