For many members of the global swimming community, Luxembourg is known as the home of the Euro Meet, which just celebrated its highly successful 18th year from the 29th -31st of January, 2016. Current photo via FLNS /SwimSpire

For many across the world, the Grand Duchy of Luxembourg conjures up images of ornate castles, vineyards, and powerful financial institutions. But for over 745 swimmers from 26 nations who travelled to this elegant country in January, the Coque Swimming Pool in Luxembourg City was their very first stop. Indeed, for many members of the global swimming community, Luxembourg is known as the home of the Euro Meet, which just celebrated its highly successful 18th year from the 29th -31st of January, 2016.

An elite-level competition, the Euro Meet normally sees a number of swimming stars in attendance and spectators can enjoy watching quite a few records tumble. But this year’s Euro Meet sparkled with what can only be described as a pre-Olympic flame. A FINA-approved qualifying event for the 2016 Olympic Games, the three days of competition witnessed over 38 meet records smashed, a variety of national records broken, and several Olympic qualifying cuts achieved, in addition to numerous personal bests. Dazzling performances came from a variety of nations. World champion Marco Koch of Germany blazed through the 200 breaststroke in a speedy 2:07.69, bettering his time from Kazan and nearly setting a world record in the process. Hungarian Olympic champion Laszlo Cseh proved his preparation for Rio was in full swing, winning his events with four record-setting times. And Serbia’s Velimir Stjepanovic made a strong showing with meet records in the 100, 200 and 400m freestyle. On the women’s side, Spain’s Mireia Belmonte set two meet records in the 400 and 800m freestyle, helping the Spanish National Team place 1st overall in the team classifications. Hungary’s Katinka Hosszu dominated with seven meet records, while Luxembourg’s own Julie Meynen set a national record in the 50 freestyle, coming within 3/100ths of making the Olympic qualifying A-cut. These were just a few of the highlights at this year’s competition, where not a single session – prelims or finals – went by without at least one meet record set. The prize money offered at the Euro Meet – in the form of €300 per meet record, plus €300, €200, and €100 for 1st, 2nd, and 3rd places, respectively – served to sweeten the deal for the athletes. High point team awards were also presented, with the Spanish National Team taking first place, followed by Energy Standard and Hessischer Schwimmverband.

Adding to the dynamic atmosphere on the pool deck was the ardent support from the packed spectator stands each evening. Prime Minister Xavier Bettel was in attendance on Friday evening, cheering on swimmers and presenting medals, a clear indication of the respect that the country of Luxembourg has for its national swimming team and for the Euro Meet. André Hoffmann, President of the Luxembourgish Olympic and Sporting Committee arrived for the Saturday evening finals, as did representatives from the Euro Meet’s sponsors, including Cactus Supermarkets, SEO, Loterie Nationale, and Baloîse Assurances. Mr. Szabolcs Fazakas, Hungarian representative at the European Court of Auditors, who makes a yearly appearance at the Euro Meet, returned once more during the finals session to lend his support to the swimmers. And fans from near and far filled the stands to demonstrate their devotion to the swimmers. Whether they were there for the Luxembourg National Team members, the Hungarian participants or the numerous other countries in attendance, the supporters helped make the Euro Meet events even more exciting.

The Euro Meet is not limited to the world’s top performers, however. One of the unique aspects of this competition lies in the fact that it is also open to talented youth and junior age group swimmers, a feature that was integrated into the event by founder Nory Kruchten. Time standards ensure that these swimmers are at the top of their game, and their hard work is rewarded with the chance to share the pool deck with their elite counterparts. Confirms meet director Gil Kandel, “…we think there should be a link between the youngsters and the elite swimmers, and it makes it interesting and unique for both groups to share the pool deck and swim together. This is why we have kept the tradition of combining various levels of swimmers since the founding of the Euro Meet.” Adds Jon Rudd, head coach of Plymouth Leander Swimming, “…it’s a fantastic experience for our younger kids to see that senior swimming live, and you don’t see that in many places. The Euro Meet has always bent over backwards to accommodate those kids and we appreciate that.”

But what exactly is it about the Euro Meet that attracts over 700 swimmers from an average of 25 nations to Luxembourg each January? The D’Coque National Sports Centre is certainly a main draw, offering a state of the art 10-lane, 50-meter pool with an additional 6-lane 50 meter pool for training and warmup purposes one floor below. Spectator seating for 650 people ensures an excellent audience for the main events in the evening finals. But beyond the fantastic facilities, swimmers and coaches also unequivocally cited the meet’s 3-day format, the welcoming atmosphere and the high level of competition as key factors contributing to their appreciation of the Euro Meet. “I think this is the best competition in Europe,” enthused Ivan Petrov, head coach of Gyor Swimming Club and trainer to Olympian Zsuzsanna Jakabos, adding that “…the pool is very fast, the three-day format is thoughtful, and the organization is extremely good.” Russian-Ukrainian team Energy Standard’s team manager, Ksenia Getmanskaya, added, “….the organization is very high-level and we are very pleased to come to the Euro Meet each year!” And for 2015 World Champion Marco Koch, who nearly broke the 200m breaststroke world record, the Euro Meet holds a special place in his heart as it represents his very first international competition. “Back then, I was watching the finals and thinking about how fast all the swimmers were, and that maybe someday I could be in the finals. Now I’ve just won a final and set a new meet record, so that’s very special for me.”

Clearly, the participants at the Euro Meet have many positive comments to make about the competition. However, behind every successful meet is a dedicated, passionate organizing team, and what truly makes the Euro Meet shine are the people working behind the scenes to produce an event that not only runs like clockwork, but that also offers a warm and friendly welcome to all who attend. Luxembourg Swimming Federation President Marco Stacchiotti was the veritable face of the event, and could be seen at all moments of the competition on the pool deck, giving medals, welcoming teams with a beaming smile and friendly demeanor, and greeting VIP and sponsor representatives. Meet director Gil Kandel has worked year-round to coordinate all the various sections within the organizing committee, and was the point of contact for all participating clubs, coaches and swimmers. Kandel also plays an active role in seeking ways to improve the Euro Meet each year. And meet manager Christian Hansmann was truly the go-to person during the meet itself, ensuring that each aspect of the event ran smoothly. The Euro Meet also included an international contingent. Press Officer Georges Kiehl, who hails from France, managed the media aspects of the Euro Meet, while Finnish speaker Jussi Salminen brought the three days of the competition to life through the power of his voice during both morning and evening sessions. Jacky Ribeiro of Megatek France managed the impeccable electronic timing and scoreboard provided during the competition and several of the FINA-listed officials were also internationally-based. Behind the principal members of the organizing committee stood an army of staff and volunteers, each playing their own key role in making the Euro Meet a successful event, similar to individual players in an orchestra. The coordination between all of the groups during the competition was impressive, attesting to the professionalism of the organizing committee and their love for the Euro Meet.
The 18th edition of the competition is now over, the pool has returned to its normal, tranquil state and the stands have emptied. But you can still relive the memories through our dramatic photo gallery of over 1000 images from the competition or view our exclusive interviews with swimmers, coaches and teams in attendance. We’re looking forward to seeing you next year! 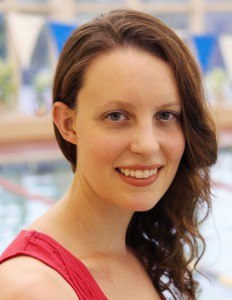