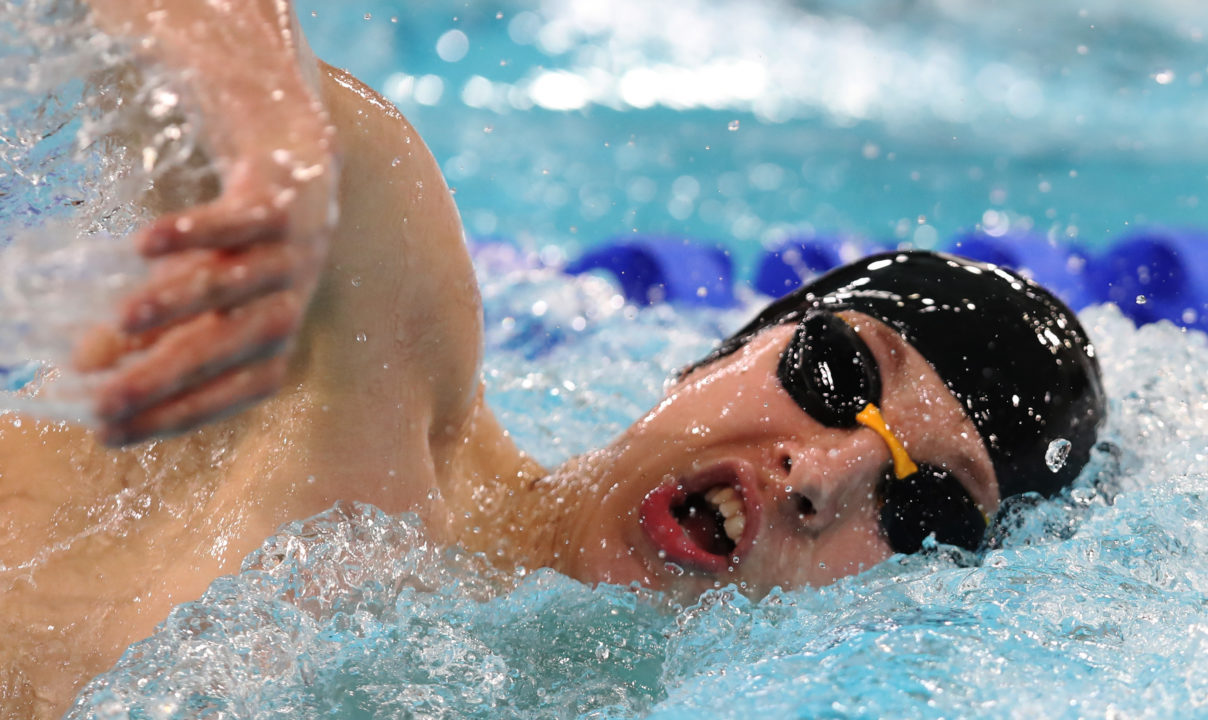 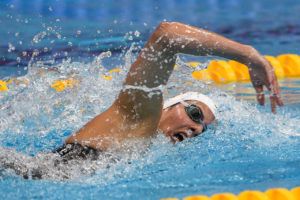 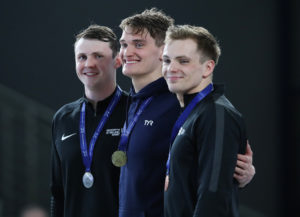 We saw some downright heroics last night in the form of young Jacob Whittle lowering his 100m free time to 50.34 en route to becoming the fastest 14-year-old 100m freestyler in the world…ever.

And, we also saw Matt Richards produce a stellar 49.98 to become the first-ever 16-year-old to dip under the 50-second threshold in the same event.

But not to be left out of the spotlight is 16-year-old Ellesmere Titan Charlie Hutchison, who put up a powerful performance in the men’s 400m IM last night at the 2019 British Swimming Championships.

Entering this competition, the Ellesmere Titan’s personal best in the 400m IM event was the 4:20.55 he produced at last year’s European Junior Championships for 5th place. Prior to that, at the 2018 edition of these British Championships Hutchison wrangled up 4:23.57 for silver behind Tom Dean.

Everything changed last night in Glasgow, however, as Hutchison busted out a 400m IM mark of 4:19.34 to wind up 5th in the open senior final. At just 16, Hutchison now ranks as the 22nd fastest British performer of all-time with this first sub-4:20 performance of his career.

Hutchison now also sits as the 2nd fastest British 16-year-old performer ever in the event, with only Matthew Johnson‘s mighty 4:16.53 from 2012 sitting ahead of him in the British age rankings.

For perspective, Hutchison’s time would rank 5th among all-time U.S. 16-year-old performers, positioned ahead of the likes of Jake Foster and Andrew Seliskar.

Worldwide, Hutchison’s performance now boosts him to the #4 spot in the 18&U age group,  with only the men below ranking ahead of him:

I think there have been tons of 16 yo guys under 50 in the 100 free. I guess the author was only speaking about British 16 year olds.

Yes, Brits only is the context.

Hutchinson, Mildred, Whittle, Richards, Bell, Brown… The young Brit men will go from strength to strength in the next Olympic cycle. Things dont look so rosey for the women atm.

I agree that all of them are good talents, but …
1) We have seen too many of those talents fail over the years (What is the guy named Matthew Johnson mentioned in the article doing now?)
2) Apart from maybe Whittle none of them seems like a “can’t miss” type of talent (like Milak, Andrew and so on).
For example Johannes Hintze swam 4:16 in the 400 IM as a 15 year old back in 2015, currently his PB stands at 4:14.7 and he will be out the whole season due to injury …

Matt Johnson looked like a man at 13. He was an age peer of mine, he was unbelievable, but was physically far more mature than anybody else in the pool. He stopped swimming years ago, he must have still only been 19 or 20. Of course perhaps only one of the aforemention will go on to bigger things, but the trend behind them is clear and encouraging.

Maybe if you look deeply and were knowledgable,, Matt Johnson dominated all events and distances through to maturity, still holding many records. When you win so much and the challenge lessens you may find as in many cases you lose the love for a tough sport!!! Don’t ask yourself what he does now but why he does not swim, knowledge is truth, not speculation.

I might be wrong but I think that the european women in general are doing worse than the men in swimming … ?
Almost all the exciting young talents on the women side seem to be from Canada/USA/China/Japan/Australia.
On the mens side we have many exciting talents outside of those countries as well (Martinenghi, Burdisso, Milak and so on).
On the other hand Anderson, Hibbott and Stephens seem to have the potential to win medals some day, its just a shame that girls like Rudin or Large seem to be “stuck”.