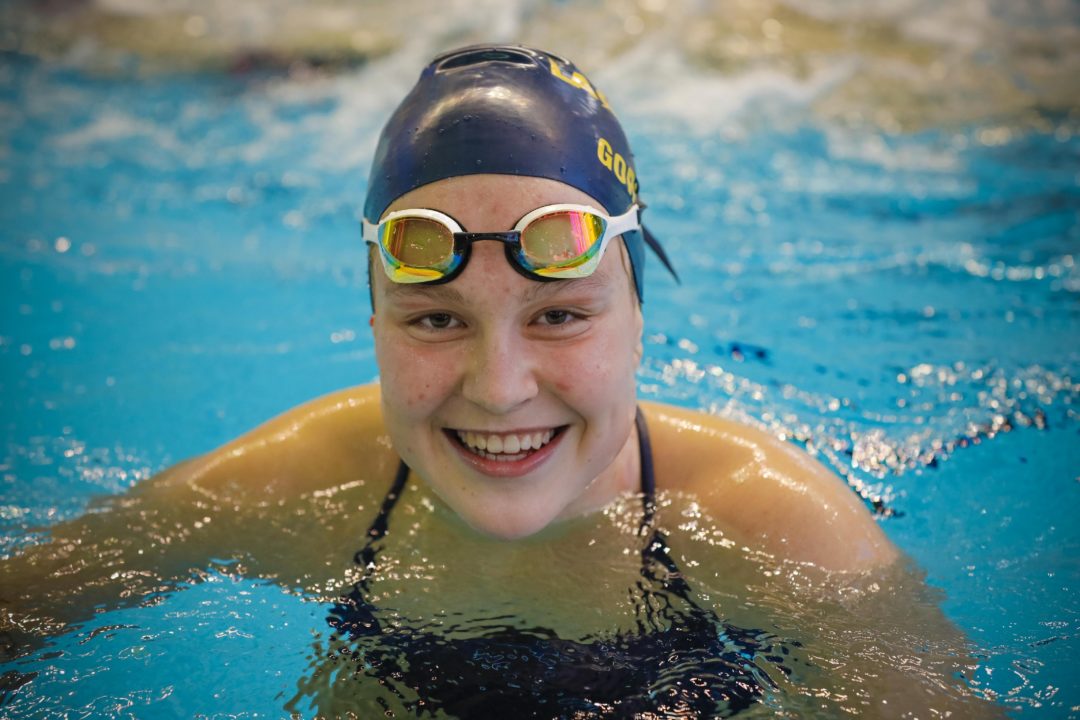 Anastasia Gorbenko has taken more than 4 seconds off the Israeli Record in the 400 SCM IM over the last 6 weeks, including a 4:35 on Friday. Current photo via Guy Yechiely, Israel Swimming Association

16-year old Anastasia Gorbenko has broken her own Israeli Record in the women’s 400 IM. Swimming on Friday at the Kiryat Bialik pool as part of the Millennium meet, she swam a 4:35.82.

That undercut her own record of 4:37.68 set a month ago at the Lewisville stop of the International Swimming League. The record previous to her Lewisville swim was a 4:40.11 set by Shahar Menachem in 2017.

Gorbenko is entered to swim at this weekend’s European Short Course Championships in the 100 IM, 200 IM, 400 IM, and 200 breaststroke. In the 400 IM, she’s the 8th seed, but her new best time from Friday would jump her up to the 6th seed.